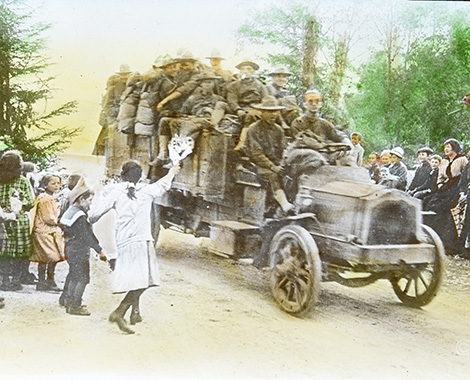 A primary resource of Marines in World War I can be found in Record Group 120: Records of the American Expeditionary Forces (AEF) in these entries:

The U. S. Marine Corps also developed their air arm at the same time as the U. S. Navy and their records were initially kept by the Chief of Naval Operations (CNO) until the establishment of the Bureau of Aeronautics in 1921.

In these series are records relating to the Marines contribution to anti-submarine patrols, special missions against U-boat pens, and the development of their characteristic “close air support” that has come to define Marine Corps Aviation.

Record Group 72: Records of the Bureau of Aeronautics