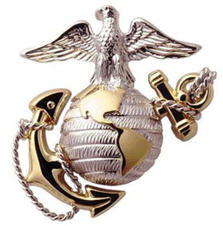 If units were deployed in emergency situations (i.e., combat), their reporting period could be shortened, and this was usually done in monthly increments.

When an FMF air or ground unit below division, wing or brigade level (such as a portion of a fighter squadron or a battalion from a regiment) was detached from their parent unit for non-training activities, MCO 5750.2 required them to "submit a chronology upon completion of such assignment for enclosure with the chronology of their parent organizations." In practice, however, these chronologies were often filed separately from those submitted by parent organizations.

In some instances, both the forward component and the rear echelon component of the same unit submitted chronologies covering the same period of time. Sometimes a unit would submit a chronology covering the activities undertaken during a redeployment, then submit another command chronology that would cover both the redeployment period and the remainder of the month in which the move was completed.

As for the content of Command Chronologies, MCO 5750.2 further stated that:

The Command Chronology will provide a concise review of the highlights in the experiences of the command considered to be of special significance to higher authority of the Marine Corps as a whole.

In addition, Command Chronologies of Fleet Marine Force units would typically include a "sequential listing" of events deemed to be of significance. These events could pertain to a number of different subjects, depending on whether or not the unit was involved in warfare operations. Marine Corps Order 5750.2 defined these topics as

In addition to the organizational and sequential components, Command Chronologies could include other forms of supplemental documentation, including:

Operational and administrative plans and orders issued and those received from other than Marine Corps commands, journals, and periodic reports of units and general staff sections, aviation combat reports, general and special staff studies and estimates, standard reference maps (need to be submitted only once) and other documents of operational and/or historical significance such as sketches, photographs, briefing notes, local newspapers, telephone books, and other supporting documents [. . .]

In practice, supplemental documentation was submitted intermittently and usually by FMF units operating in combat zones (i.e., Vietnam) or other unusual circumstances.

Among the command chronologies are a small number of after action reports (AARs) covering operations during the Vietnam War, filed under the designations of the units that submitted them. In some cases, it appears that an AAR was submitted in lieu of a command chronology. There are about 30 AARs known to be part of this series:

In addition to the AARs, the series contains monthly summaries of operations in Vietnam prepared by the Fleet Marine Force, Pacific Fleet (FMF PAC). Through February 1966 they were titled "Operations of the III Marine Amphibious Force, Vietnam," and from March 1966 they were titled "Operations of US Marine Forces, Vietnam." There are also two unit histories among the command chronologies: 2nd Armored Amphibian Company, covering the period from April 1952 to December 1966; and 2nd Ordnance Field Maintenance Company, covering June 1952 to December 1965.

While most of the command chronologies in this series date from the period of American involvement in the Vietnam War (1962-1975), there are a few documents that date from later than 1975. Units whose documentation extend into the 1980s include: 3rd Battalion, 9th Marines (a narrative summary of events from February 1975-December 1982); 21st Dental Company (April 1970-June 1982); Marine Barracks, Naval Air Station, Alameda, California (July 1965-December 1986); and Marine Base, Naval Station, Bermuda, British West Indies (July 1965-June 1987). By and large, however, command chronologies created after the end of 1975 remain in the custody of the Marine Corps. Command chronologies are still being submitted to Headquarters, Marine Corps today.