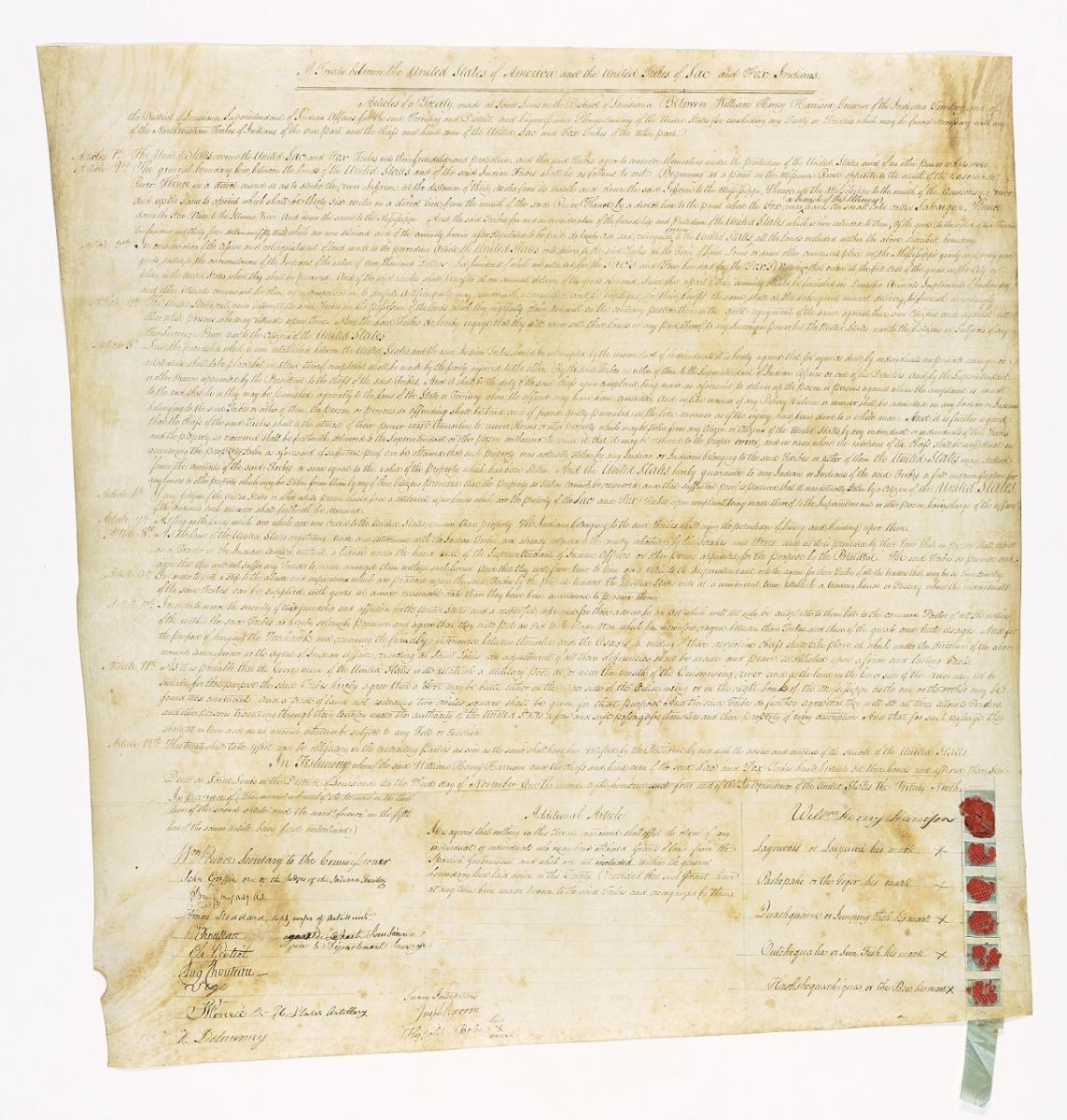 Treaty Between the U.S. and the Sauk and Fox Indians, November 3, 1804

The original ratified treaties between the United States and American Indian tribal nations are housed at the National Archives in Washington, DC, as the series, "Indian Treaties, 1722–1869" (National Archives Identifier 299798).

The original treaties are digitized and available online through multiple sources, including:

The treaties are also available as NARA Microfilm Publication M668.