Between 1774 and 1871, the U.S. government negotiated 377 treaties with American Indian nations. The National Archives Building in Washington, DC (Archives 1), houses the original treaties. These records are available as Microfilm Publication M668 or online through the National Archives Catalog, Ancestry.com, and Fold3.com.

NARA Special List No. 6, List of Documents Relating to the Negotiation of Ratified and Unratified Indian Treaties, 1801–1869, serves as an index to many of these records. 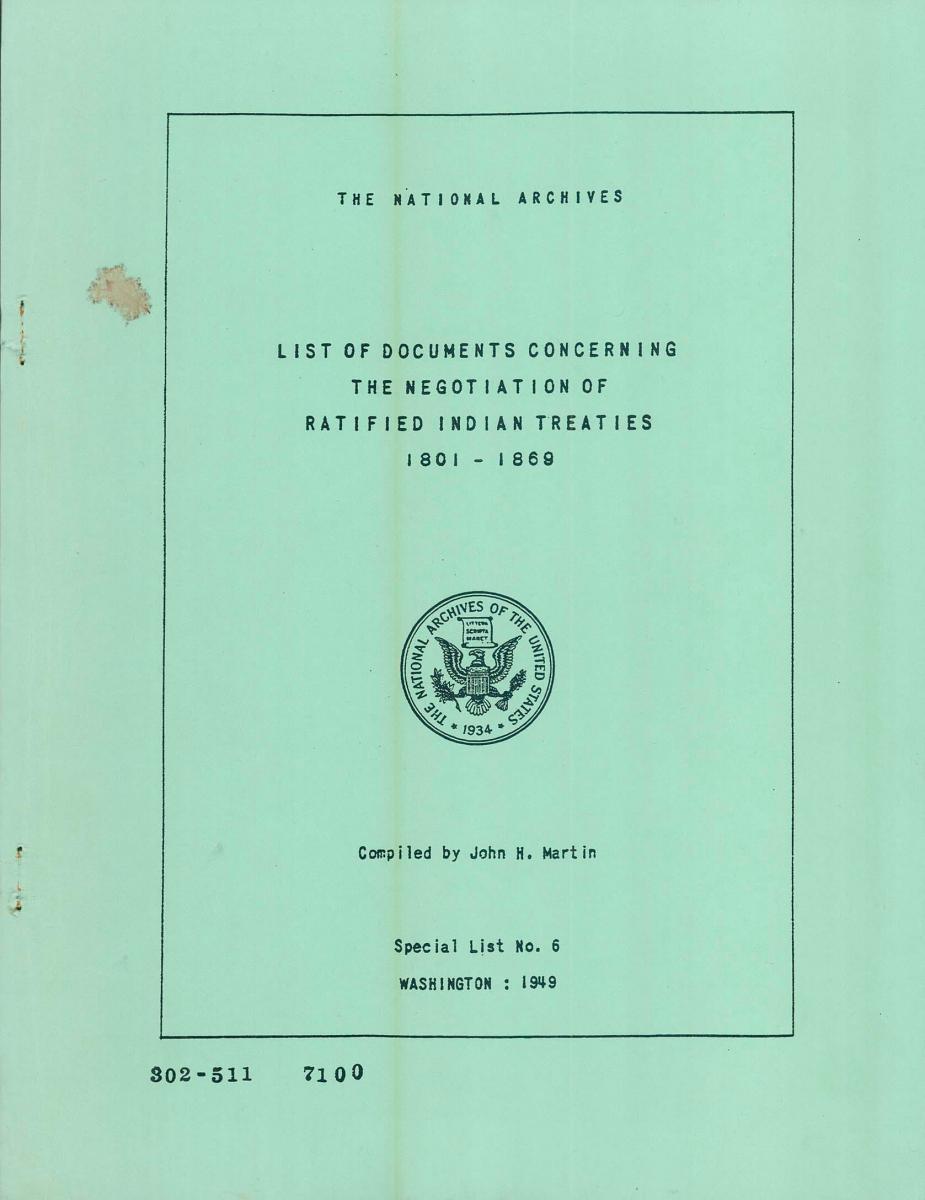 Entries in Special List No. 6 generally include the following information:

Most of the records cited in Special List No. 6 are found in one of two record groups:

Special List No. 6 is available online through the University of Wisconsin's Digital Collections.

Special List No. 6 includes multiples abbreviations, but a key to the abbreviations is available. The key pinpoints the series of records in Record Group 75 or Record Group 48 in which the cited document(s) can be found.

Many of these series have been microfilmed. All microfilm publications listed are available to view at Archives 1. Some have also been digitized. 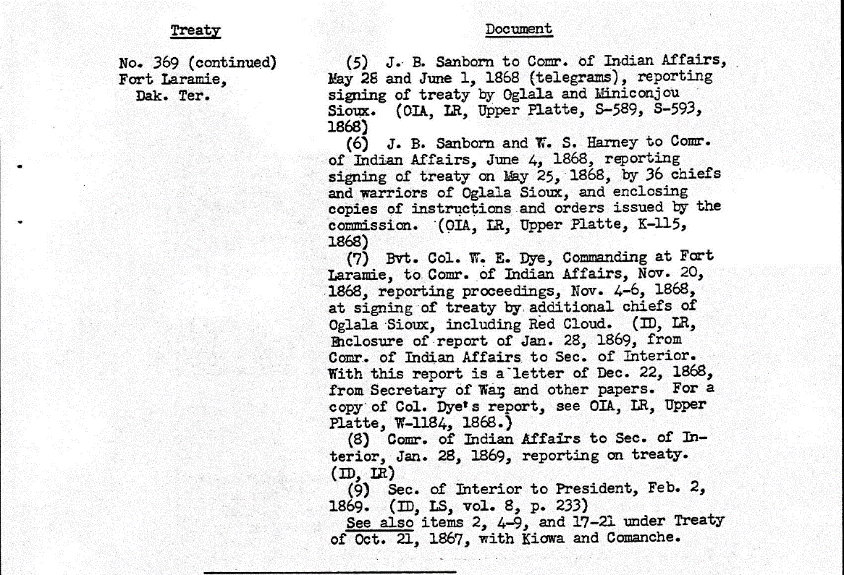 The Treaty of Fort Laramie (Treaty No. 369) was signed on April 29, 1868, by members of multiple Lakota and Dakota (Sioux) bands, as well as members of the Arapaho Nation.

Special List No. 6 identifies nine documents related to this treaty. These documents range from the proceedings of treaty commissions to correspondence reporting the signing of the treaty.

Document No. 5 for this treaty is cited as: 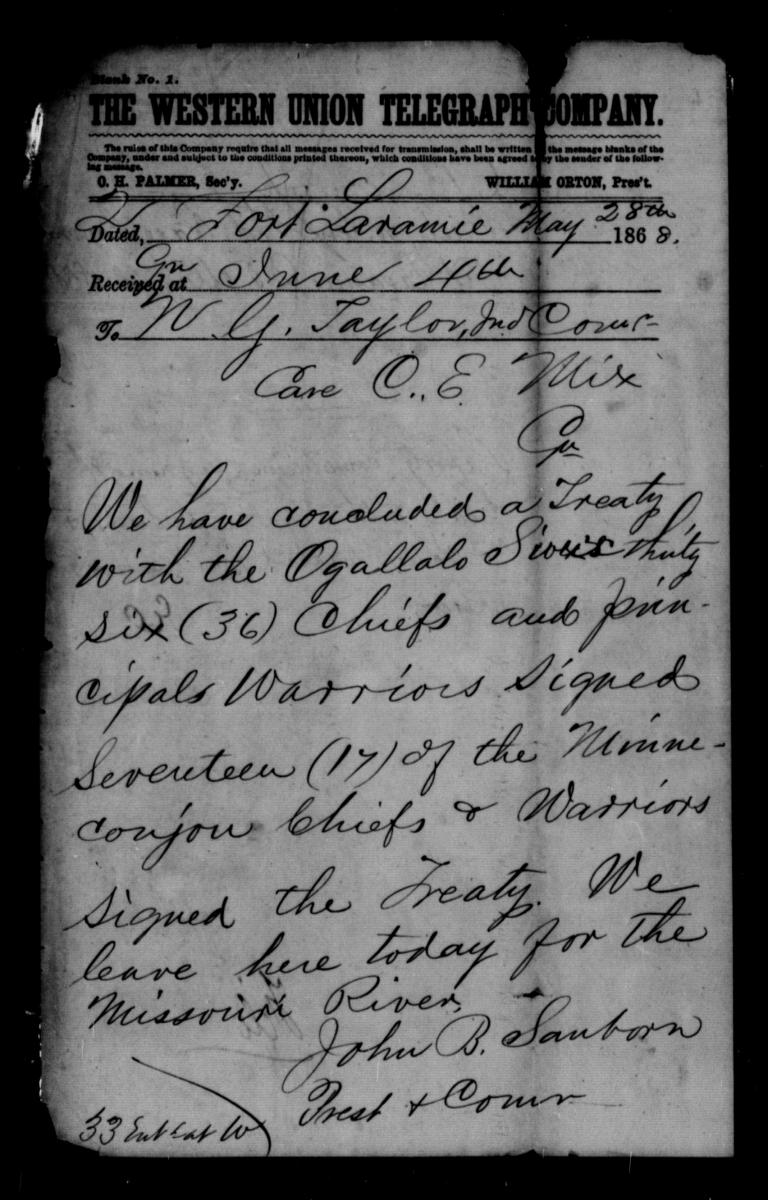 Sanborn's telegrams to the Commissioner of Indian Affairs about the Treaty of Fort Laramie signing are therefore on Roll 893 of M234.

Other records related to American Indian treaties can be found among the records of Congress. For more information, please email the staff at NARA’s Center for Legislative Archives at legislative.archives@nara.gov.

Photographs, maps, and other special media related to American Indian treaties can be found in the Still Pictures unit and the Cartographic unit at the National Archives at College Park, Maryland. For more information, please email their staff at stillpix@nara.gov and cartographic@nara.gov, respectively.