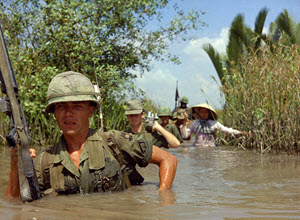 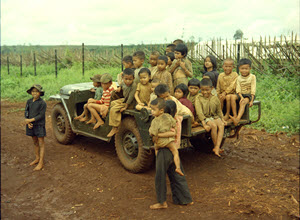 Explore photographs, textual, and other records related to events happening on or around the battlefield during the Vietnam War in our Catalog.

Research at the National Archives: In Country

While many resources are available online for research, there are many more records to discover in National Archives research rooms across the country. The following records have been described at the Series and File Unit level, but have not yet been digitized. This list is not exhaustive; please consult our Catalog to browse more records, and contact the Reference Unit listed in each description for more information.

Explore teaching and learning resources for the Vietnam War, including primary sources, online tools, lesson plans, and multimedia on DocsTeach.org, our online tool for teaching with documents.

The most heavily used record group is:

Additional records relating to the U.S. Army in Vietnam may be found in:

The National Archives has received a limited number of records from the U.S. Air Force for the Vietnam War period.
Please Note: These records have not been processed and almost all are still classified.

Unit histories and supporting documents of Air Force units are in the custody of the Air Force Historical Research Agency, Maxwell Air Force Base, AL.

The National Archives has custody of U.S. Marine Corps command chronologies during the Vietnam era and some other records for Vietnam.

U.S. Navy action reports and war diaries for the Vietnam conflict are in the custody of the Naval History and Heritage Command.

For records relating to U.S. national war policy, information may be found in