Populist leader William Jennings Bryan had been a long time supporter of direct election. As Secretary of State in 1913, he announced via this notification that three-quarters of the states had ratified the proposed amendment for direct election of senators, and therefore it “had become valid to all intents and purposes as a part of the Constitution of the United States.” 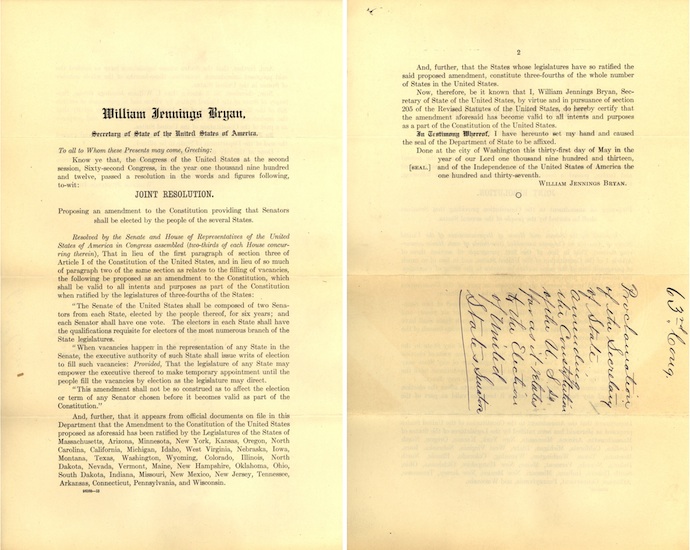 Notification of the Ratification of the 17th Amendment to the Constitution, by Secretary of State William Jennings Bryan, May 31, 1913; various papers of the 63rd Congress (SEN 63-M4); Records of the United States Senate, Record Group 46; National Archives, Washington, DC.