Tally of Electoral Votes for the 1800 Presidential Election 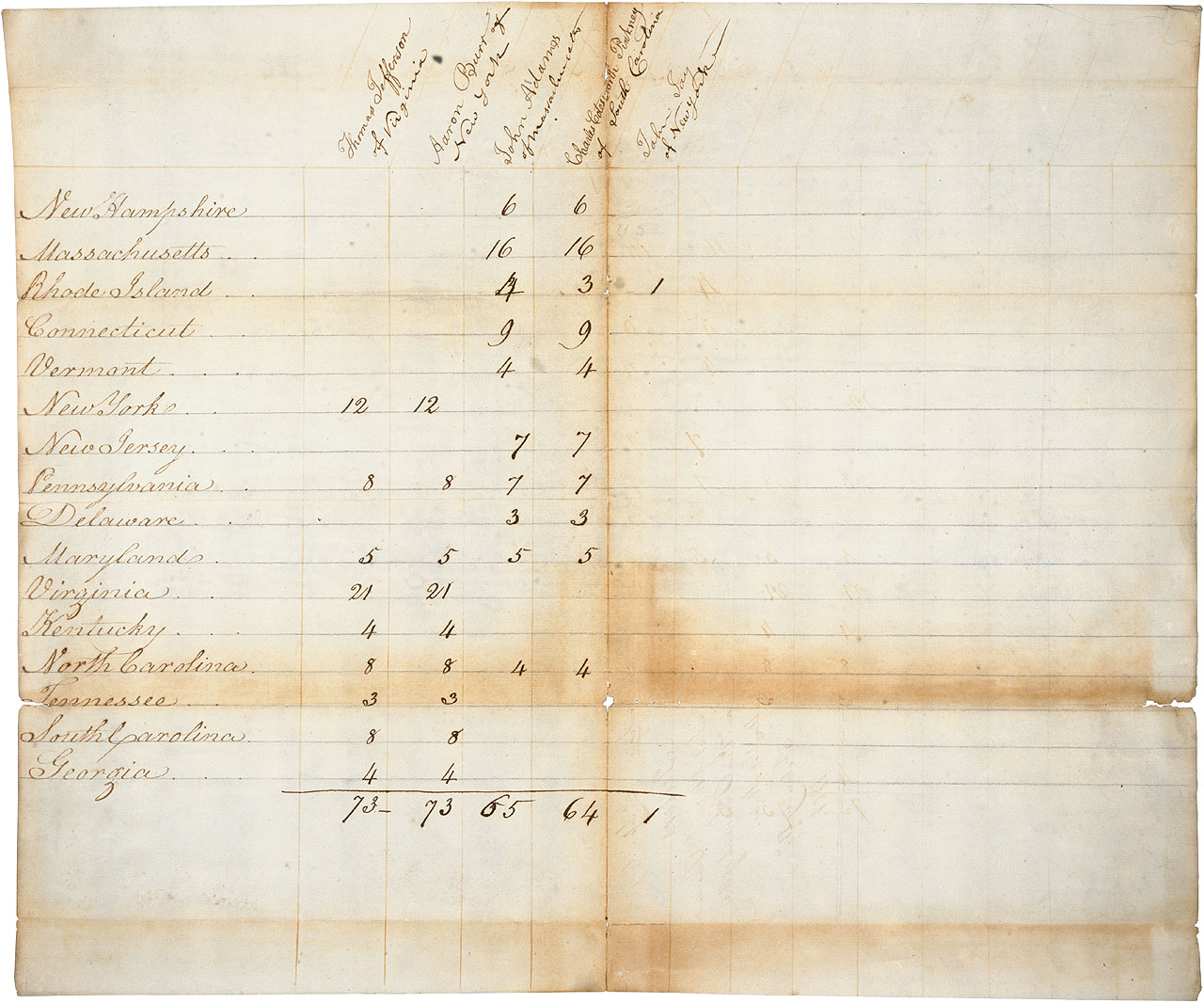 By the election of 1800, the nation's first two parties were beginning to take shape. The Presidential race was hotly contested between the Federalist President, John Adams, and the Democratic-Republican candidate, Thomas Jefferson. Because the Constitution did not distinguish between President and Vice-President in the votes cast by each state's electors in the Electoral College, both Jefferson and his running mate Aaron Burr received 73 votes.

According to the Article II, Section 1 of the Constitution, if two candidates each received a majority of the electoral votes but are tied, the House of Representatives would determine which one would be President. Therefore, the decision rested with the lame duck, Federalist-controlled House of Representatives. Thirty-five ballots were cast over five days but neither candidate received a majority. Many Federalists saw Jefferson as their principal foe, whose election was to be avoided at all costs. But Alexander Hamilton, a well-respected Federalist party leader, hated Burr and advised Federalists in Congress that Jefferson was the safer choice. Finally, on February 17, 1801, on the thirty-sixth ballot, the House elected Thomas Jefferson to be President.

The tie vote between Jefferson and Burr in the 1801 Electoral College pointed out problems with the electoral system. The framers of the Constitution had not anticipated such a tie nor had they considered the possibility of the election of a President or Vice President from opposing factions - which had been the case in the 1796 election. In 1804, the passage of the 12th Amendment corrected these problems by providing for separate Electoral College votes for President and Vice President.