The House in Session

The Center for Legislative Archives holds approximately 2,400 original pen-and-ink drawings by cartoonist Clifford K. Berryman in the U.S. Senate Collection. Berryman was one of Washington's best-known political cartoonists in the first half of the 20th century. Berryman drew for the Washington Post from 1890 until 1907, and then for the Washington Evening Star from 1907 until his death in 1949. All of Berryman's cartoons are available for online viewing through the National Archives Catalog by using the keywords: Clifford Berryman.

While his cartoons focused primarily on Washington politics, including presidential elections and both World Wars, Congress was one of Berryman's favorite subjects. Berryman's cartoons on Congress often featured Joseph Cannon. Joseph Cannon served in the U.S. House of Representatives as a Republican from Illinois for 23 terms over the course of nearly 50 years (1873-1890; 1893-1912; 1915-1922). He is best remembered for the four terms he served as Speaker of the House (1903-1911). First elected Speaker on November 9, 1903, Cannon is regarded as one of the most powerful Speakers in U.S. history.

As Speaker, Cannon had the power to recognize members for the purpose of debate. In this cartoon, Berryman portrays the House as a place where the majority—depicted as clones of Cannon—rule the floor with no room for minority voices. 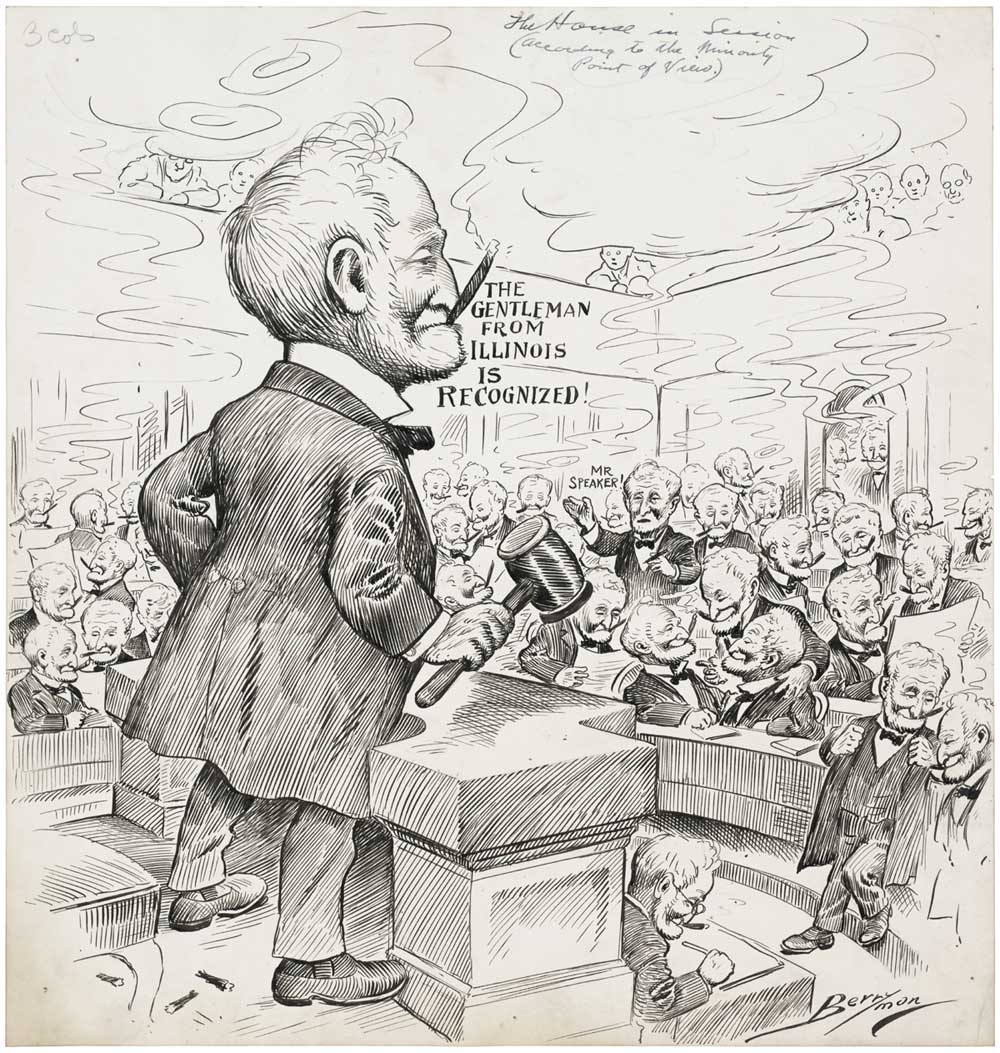 Enlarge
The House is in Session (According to the Minority View), Washington Evening Star, April 16, 1908