Corinne “Lindy" Claiborne Boggs was born on March 13, 1916 in Pointe Coupee Parish, Louisiana. In 1973, she was elected to the U.S. House of Representatives in a special election to fill her husband’s vacant seat. She won re-election in 1974 and held her seat for nine consecutive Congresses. She did not run for re-election in 1990. In 1997, President Clinton nominated her to be the U.S. Ambassador to the Holy See at the Vatican, a position she held until 2001. On July 27, Ambassador Boggs passed away in Chevy Chase, Maryland.

Shown here are Boggs' certificate of election and oath of office from 1973 and the nomination to be the Ambassador to the Holy See. 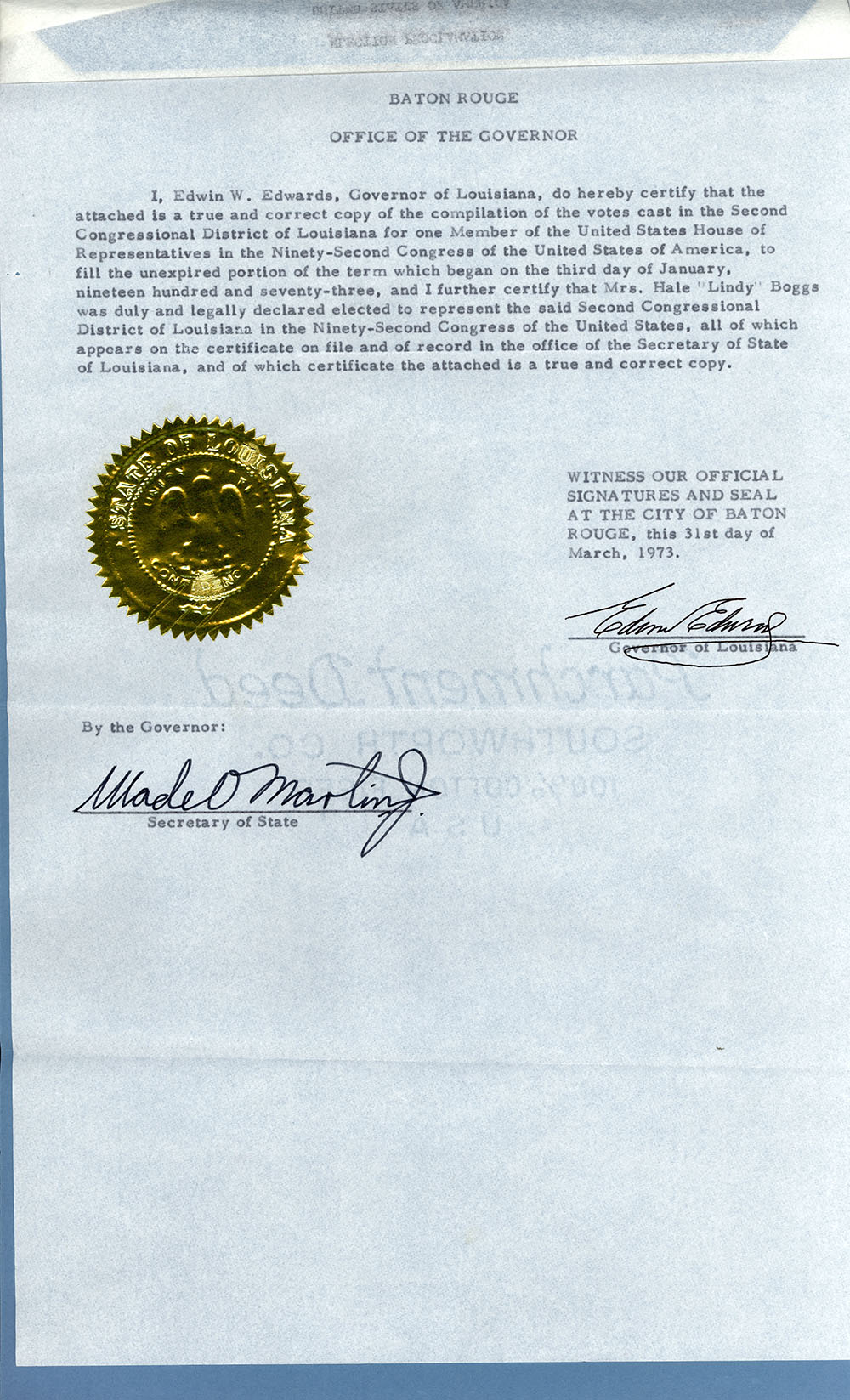 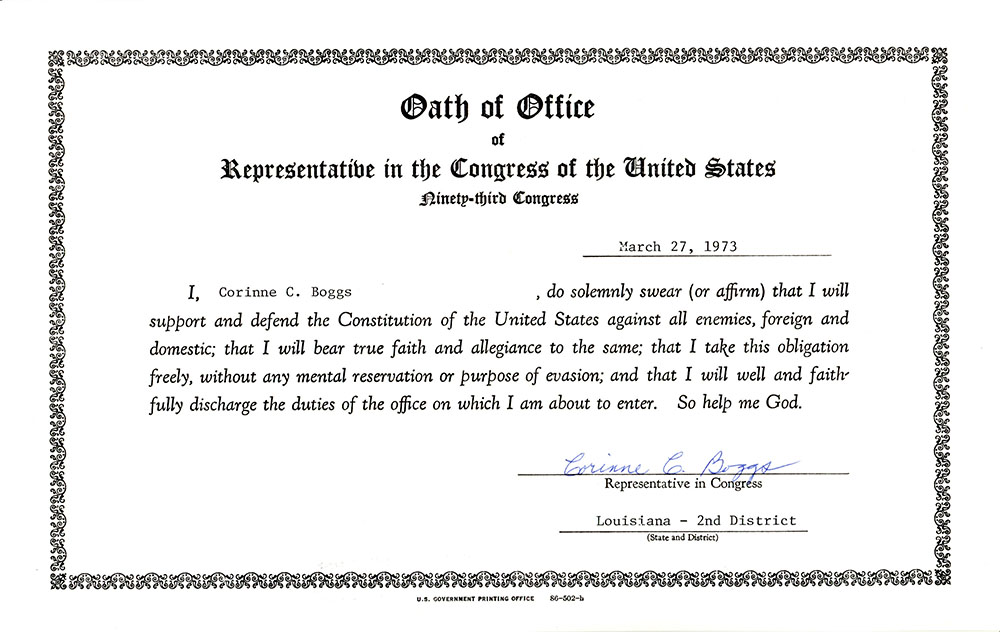 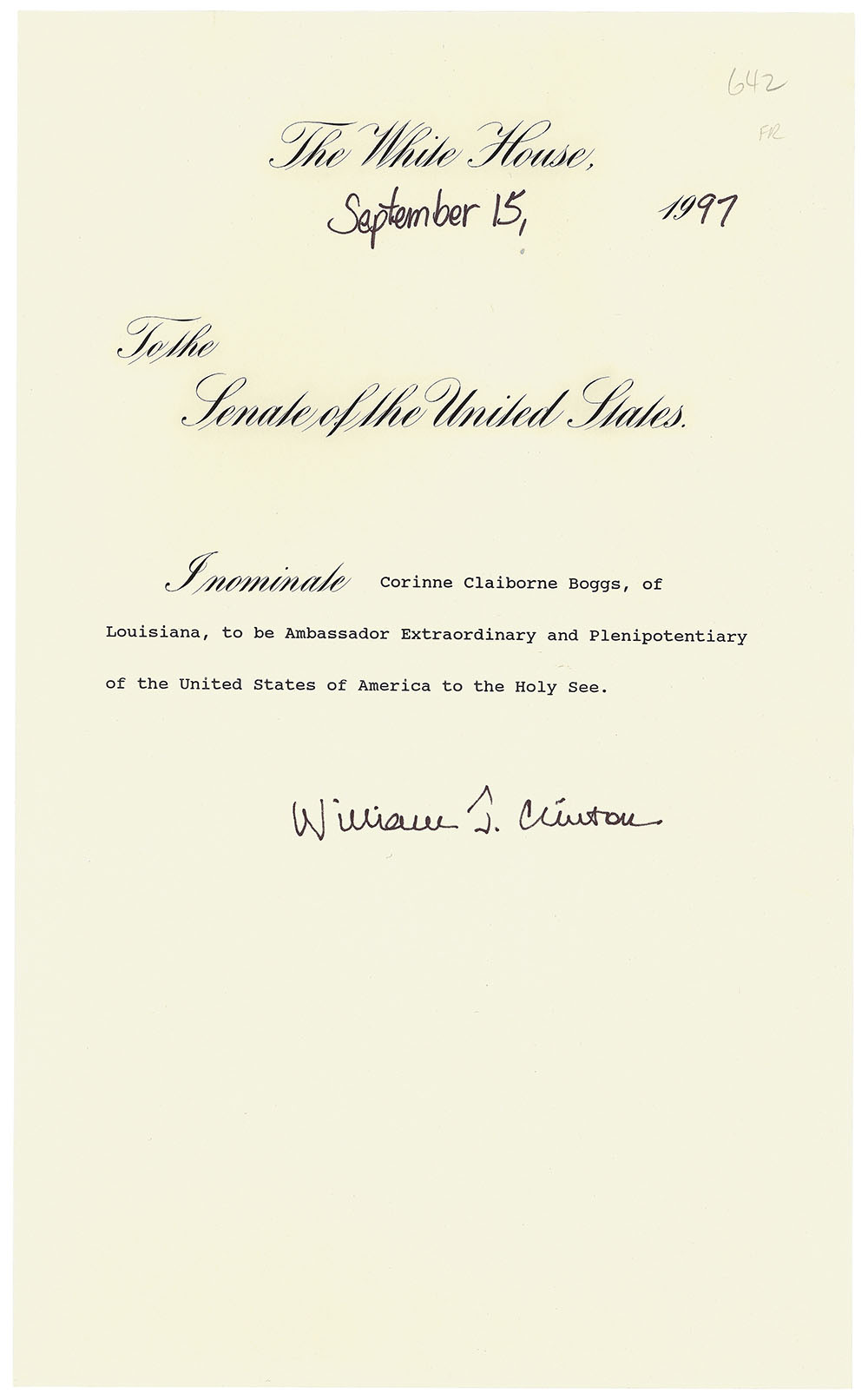 Enlarge
Nomination of Corinne Lindy Clairborne Boggs to be Ambassador to the Holy See, September 15, 1973 RG 46, Records of the U.S. Senate