On September 2, the Senate began considering amendments to the Constitution as proposed and passed in the House. They altered and consolidated the House amendments into 12 articles on September 9, 1789 to make up the document below.

On September 25, Congress agreed upon the 12 amendments, and they were sent to the states for approval. Articles three through twelve were ratified and became the Bill of Rights on December 15, 1791.

Explore this milestone document in more detail with Congress Creates the Bill of Rights, an eBook, a mobile app for tablets, and online resources for teachers and students. 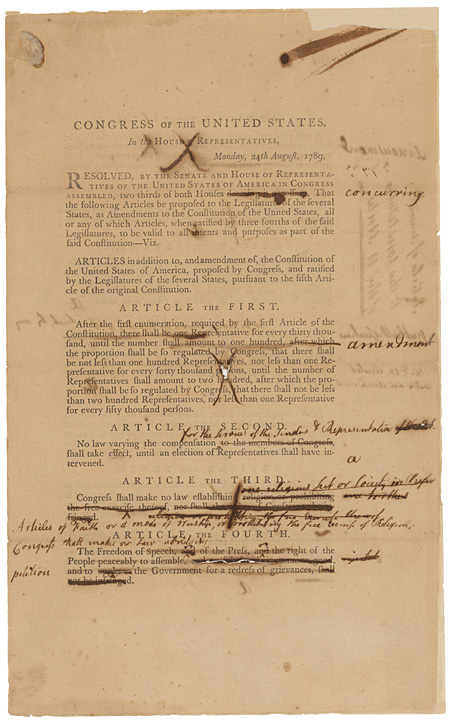 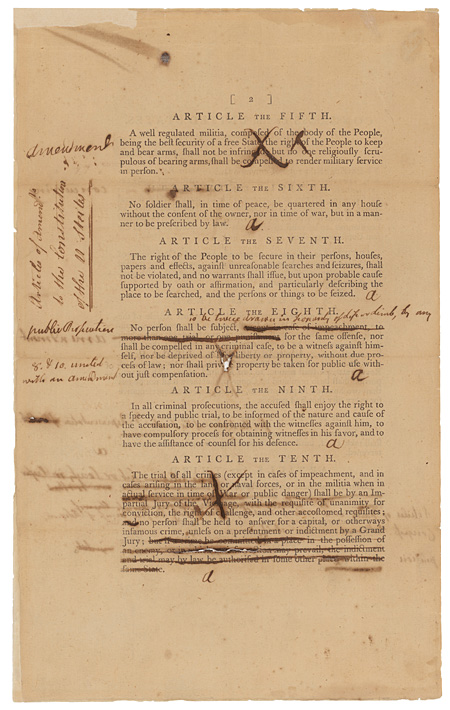 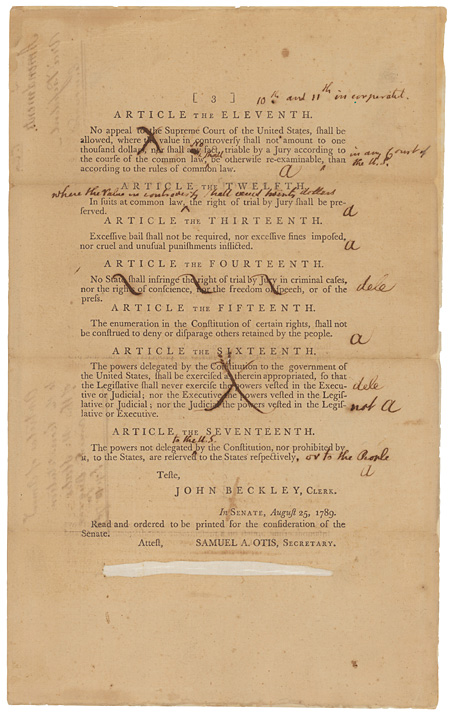