Robert C. Byrd (D-WV) holds the distinguished honor of being both the longest serving U.S. Senator and the longest serving member of Congress. Byrd was first elected to the U.S. House of Representatives from the sixth district of West Virginia in 1952 and took office on January 3, 1953. In 1958 Byrd was elected to the first of nine terms as U.S. Senator from West Virginia. He continued to serve in the Senate until his death on June 28, 2010. Shown here are Byrd's oath of office from his first term in the U.S. House of Representatives and the certificate of election from his first term in the U.S. Senate. 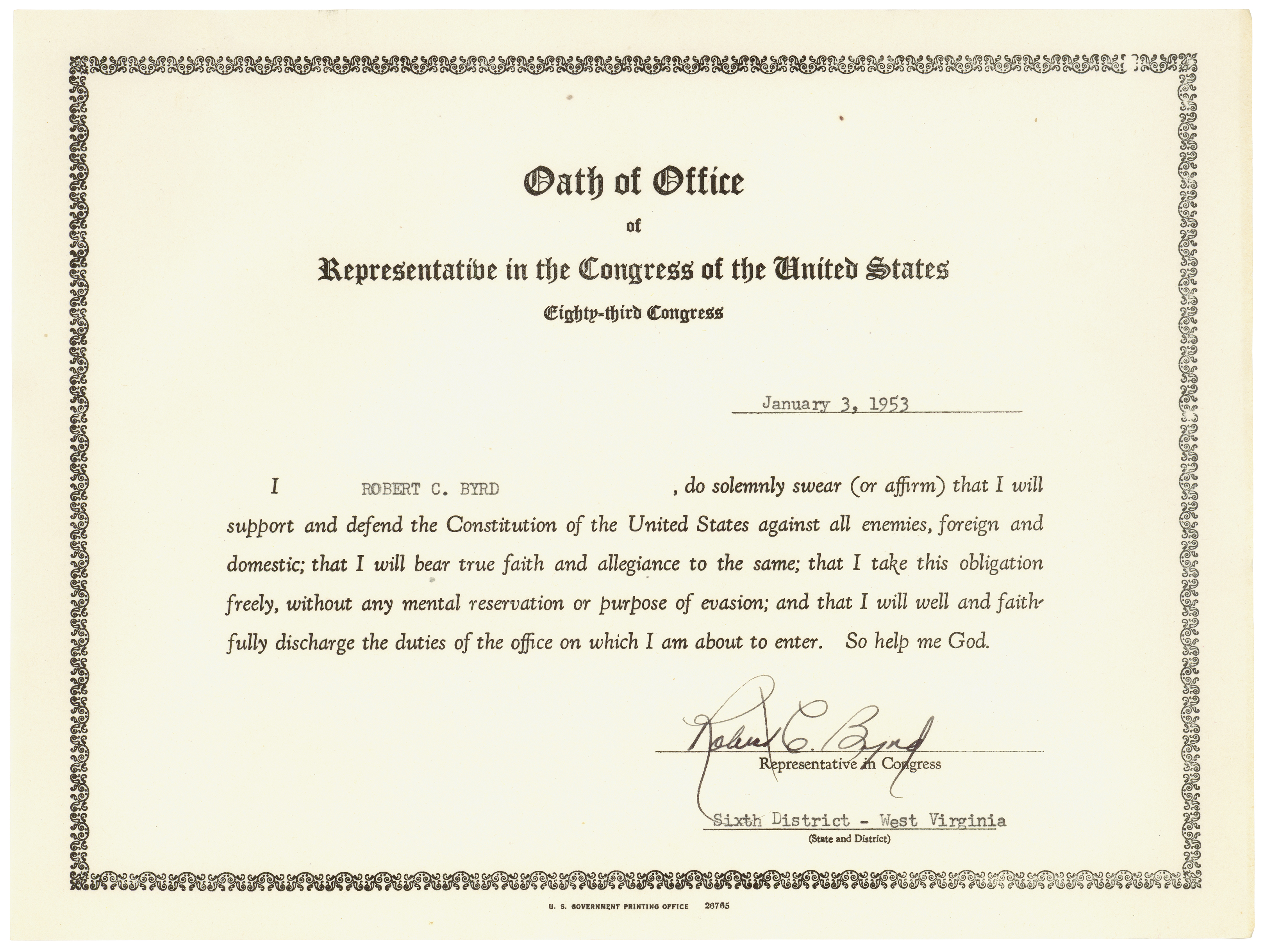 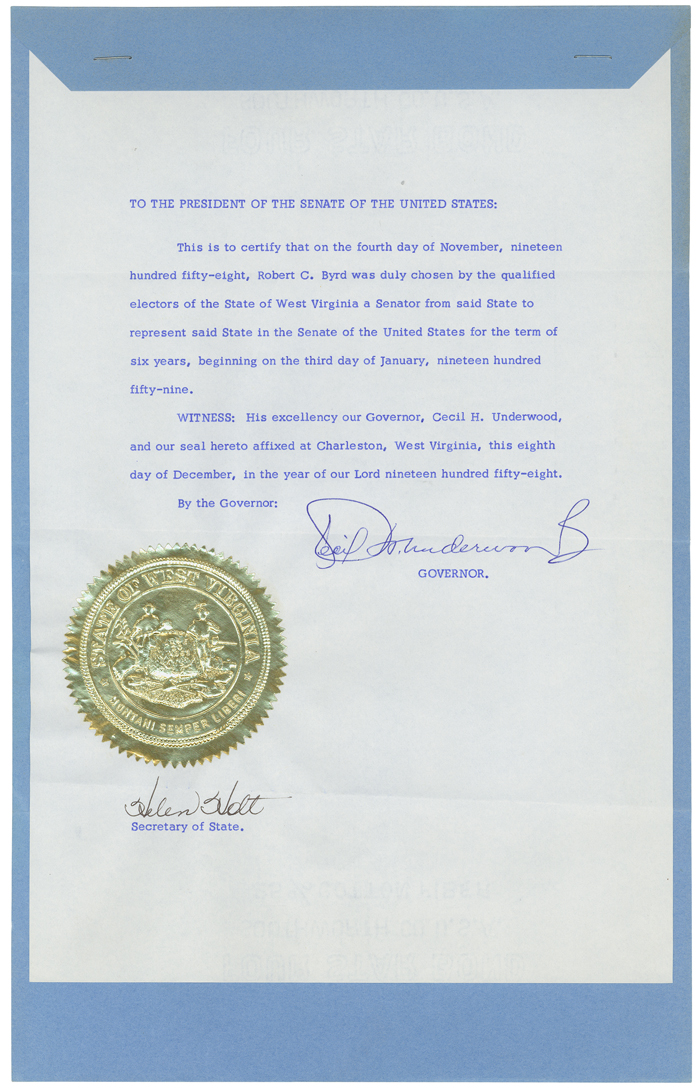