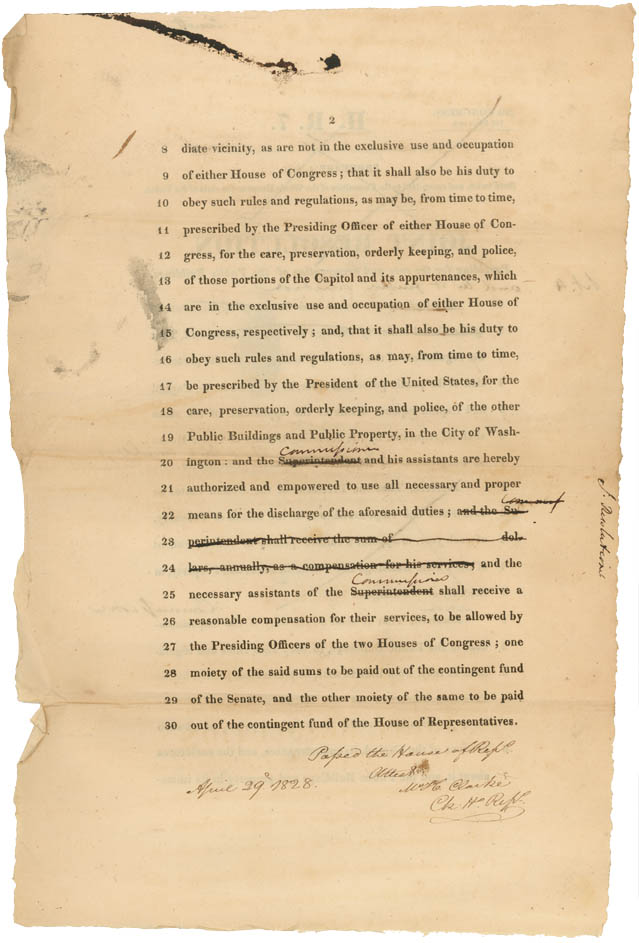 Page 2 of Section 4, Providing for the care and preservation of Public Buildings and for the Establishment of the Capitol Police, April 29, 1828, HR 20A-B1, RG 233, Records of the U.S. House of Representatives, National Archives.

On November 22, 1800, the United States Congress moved from Philadelphia to its permanent home in the city of Washington. As Congress settled in, only the north wing of the Capitol building was complete. Construction on the Capitol continued for the next 24 years, and during that time the Capitol grounds were guarded by a single individual whose task was simply to take care of the property and grounds.

In October 1824, when the Capitol rotunda was finally finished, the number of visitors to the Capitol began to dramatically increase. The sole guard on duty complained about difficulties in dealing with large numbers of people and having to expel disorderly visitors, vagrants, and beggars.

In 1827, after a number of damaging incidents that could have been prevented with sufficient security and surveillance, President John Quincy Adams asked that a regular Capitol Police force be established. The following year Congress passed an Act extending the city of Washington's police force to include the Capitol and its grounds. 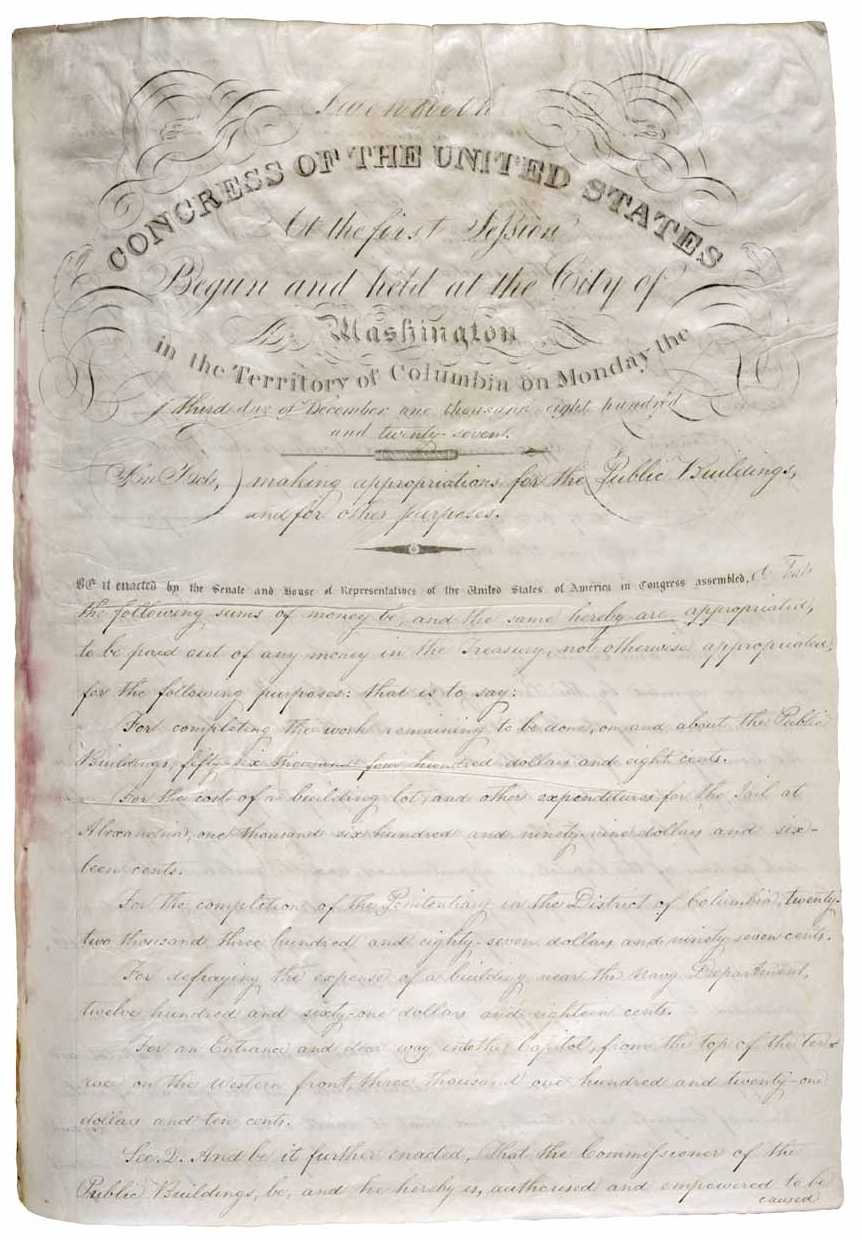 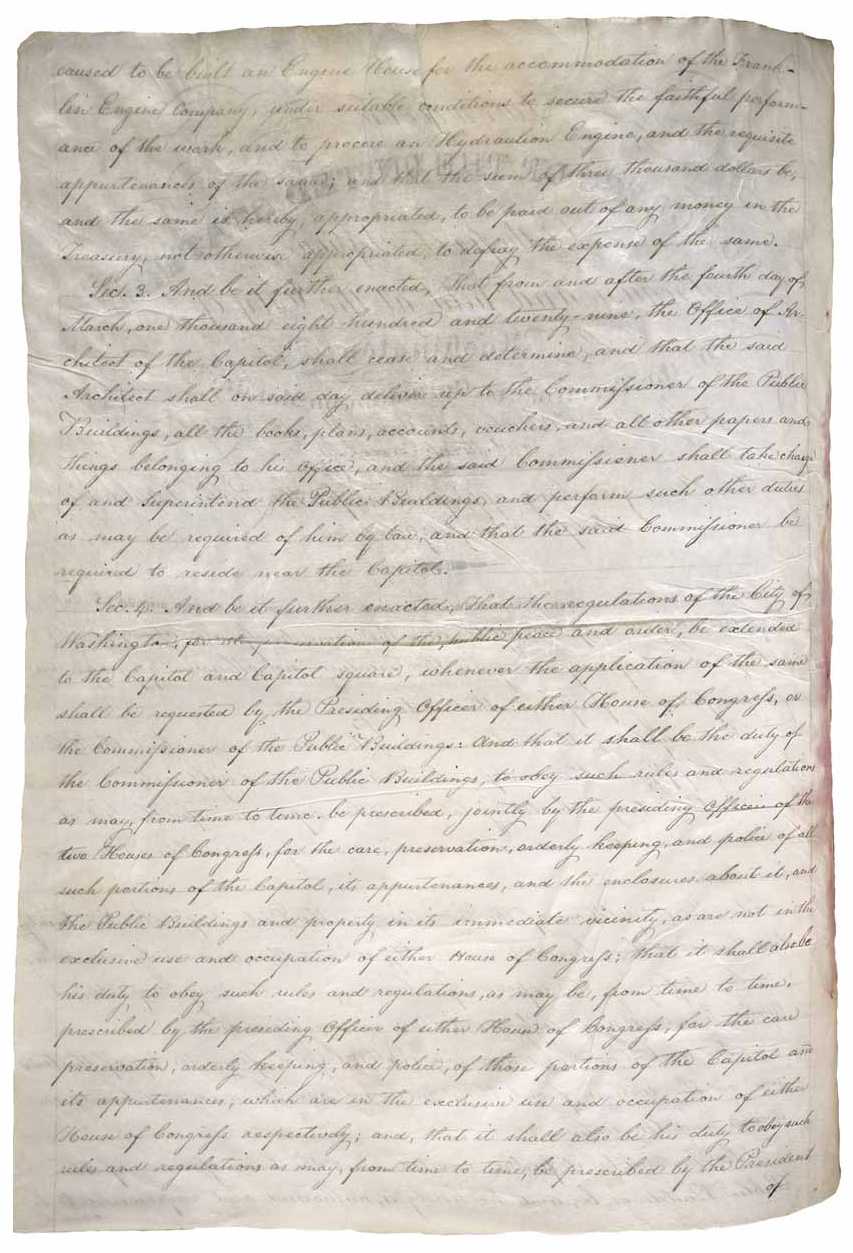 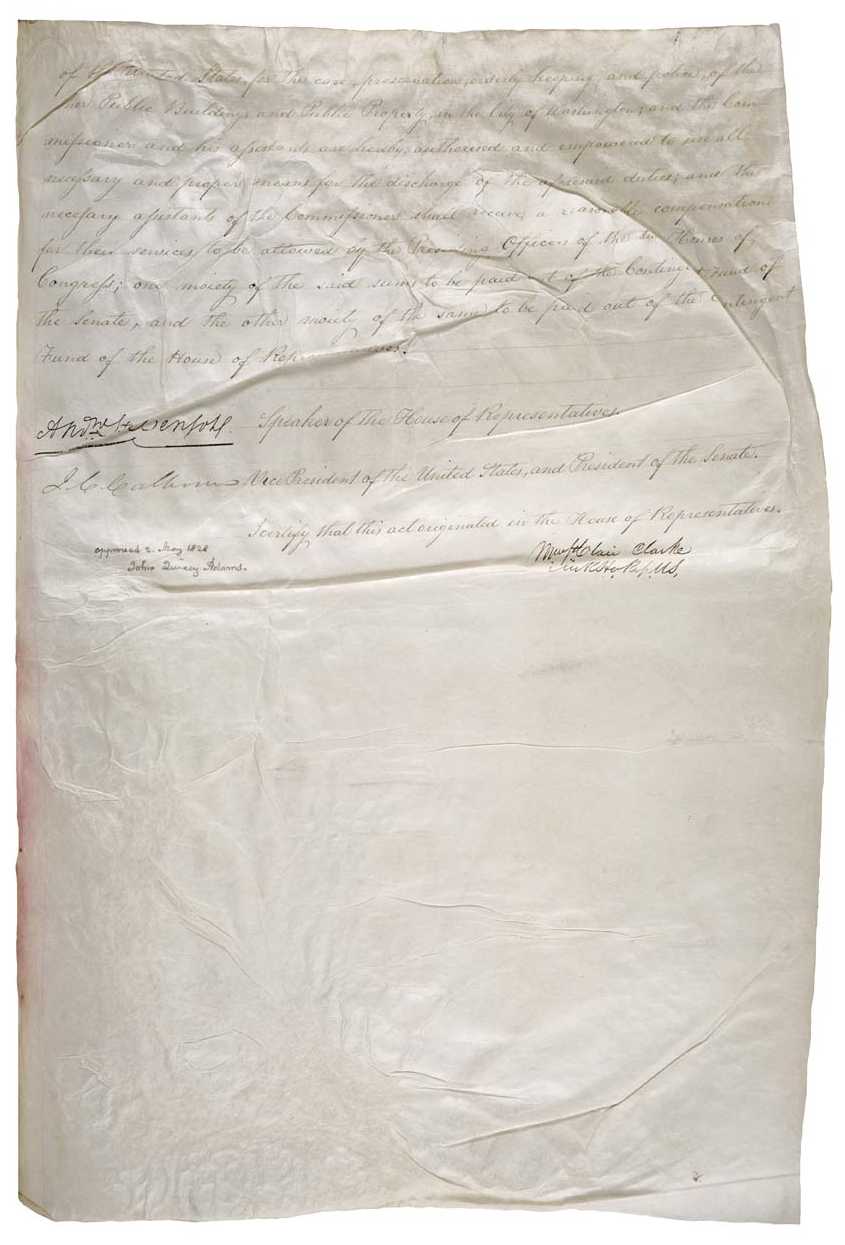