After the House passed the bill, it was sent to the Senate for consideration. The bill was placed directly on the Senate calendar instead of being sentit to committee. Southern opponents of the bill led a filibuster, a time-delaying tactic used by a minority in an effort to prevent a vote on a bill or amendment that probably would pass if voted on directly, for sixty days. This cloture motion, the only formal procedure that provides for breaking a filibuster, passed the Senate 71 to 29 on June 10, 1964. The Senate filibuster was overcome through the floor leadership of Senator Hubert Humphrey, the considerable support of President Lyndon B. Johnson, and the efforts of Senate Minority Leader Everett Dirksen, who convinced Republicans to support the bill after some amendments were agreed to. 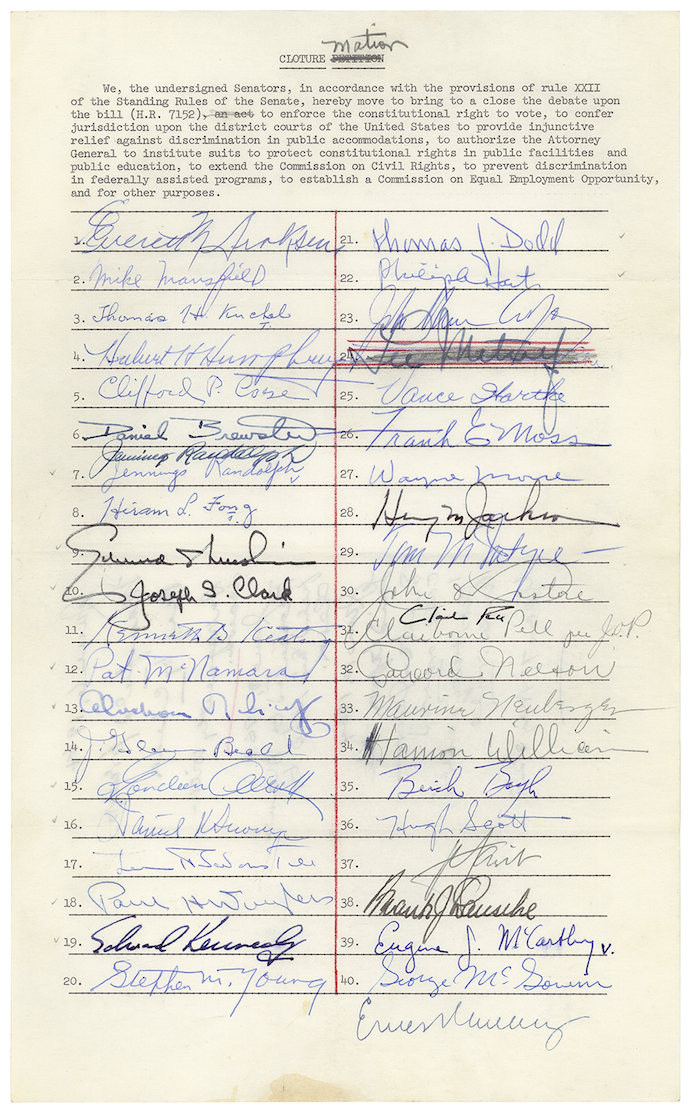