The Hepburn Rate Act was intended to give power to the Interstate Commerce Commission (ICC) to regulate railroad shipping rates. The legislation was strongly endorsed by President Theodore Roosevelt - who firmly believed that the Federal government must increase its supervision and regulation of the railways engaged in interstate commerce.

On January 24, 1906 William P. Hepburn (R-IA) introduced HR 12987, the Hepburn bill, to the U.S. House of Representatives. After weeks of debate in Committee of the Whole House, the original un-amended bill passed the House on February 8, 1906. The bill then went to the Senate, which had been hostile to similar attempts at progressive reforms. Over the course of the next several months the bill was fiercely debated and pro-railroad Senators, intent on weakening the bill, tacked on amendment after amendment. 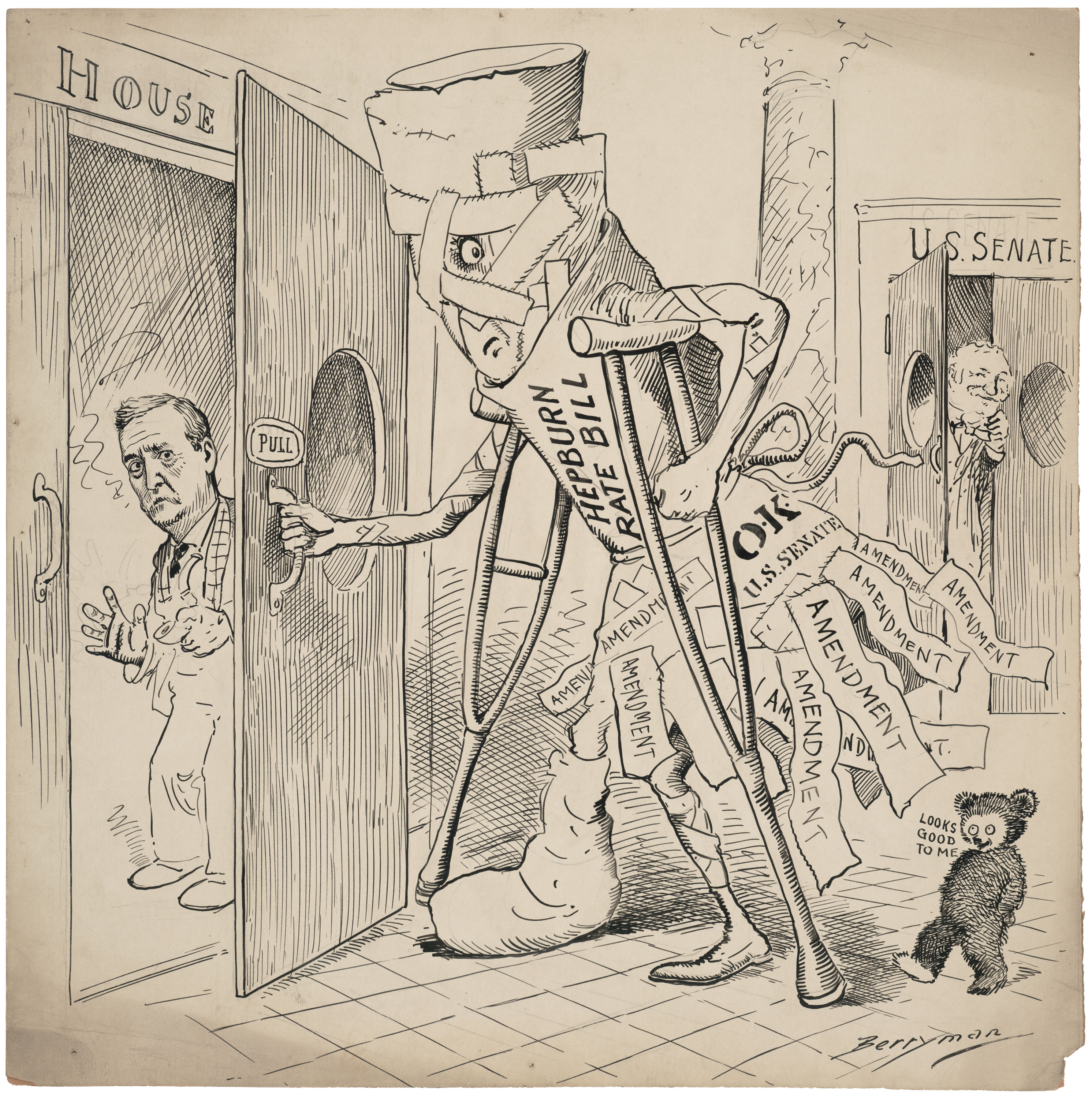 The cartoon "Hepburn Rate Bill" by Clifford K. Berryman, published on May 15, 1906 on the front page of the Washington Post, pokes fun at these Senate tactics. In reaction to the Senate's barrage of revisions, Berryman depicted the Hepburn Bill limping back to the House on crutches, hobbled and burdened by amendments. The bill also appears frightened - it knew the Constitution requires legislation to pass both houses of Congress in identical form before presentation to the President and that the House may not agree with the Senate's changes. However, none of the Senate amendments fundamentally altered Roosevelt's vision of the bill, and thus the teddy bear - which represented Theodore Roosevelt in Berryman's cartoons - expresses his approval of the legislation. The Senate passed their amended version of the bill on May 20th and it went back to the House for concurrence. After another month of conference committee negotiations, the Hepburn Rate Act became law on June 29, 1906.