When Congress first began debating whether to grant San Francisco the Hetch Hetchy Valley in December 1908, women’s clubs provided some of the strongest opposition. Tied to women’s larger effort to extend their traditional “housekeeping” role into the public sector, resolutions like this one from the Graffort Women’s Club of Portsmouth argued that the Hetch Hetchy Valley belonged to all people as a public playground. The General Federation of Women’s Clubs drafted the language for this petition, and dozens of affiliated clubs submitted their own versions. 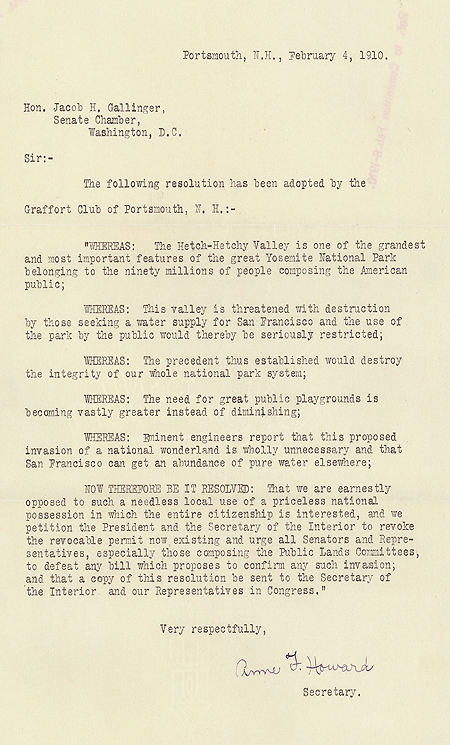