After the Civil War, President Andrew Johnson and Congress were divided on how to rebuild the former Confederacy. Johnson saw reconstructing the South as an executive responsibility and vetoed all congressional initiatives. Tensions between the President and Congress reached the boiling point when Johnson fired Secretary of War Edwin Stanton, violating the Tenure of Office Act. On February 24, 1868 the outraged House voted in favor of a resolution to impeach the President. The subsequent Senate trial resulted with Johnson escaping removal from office by one vote. 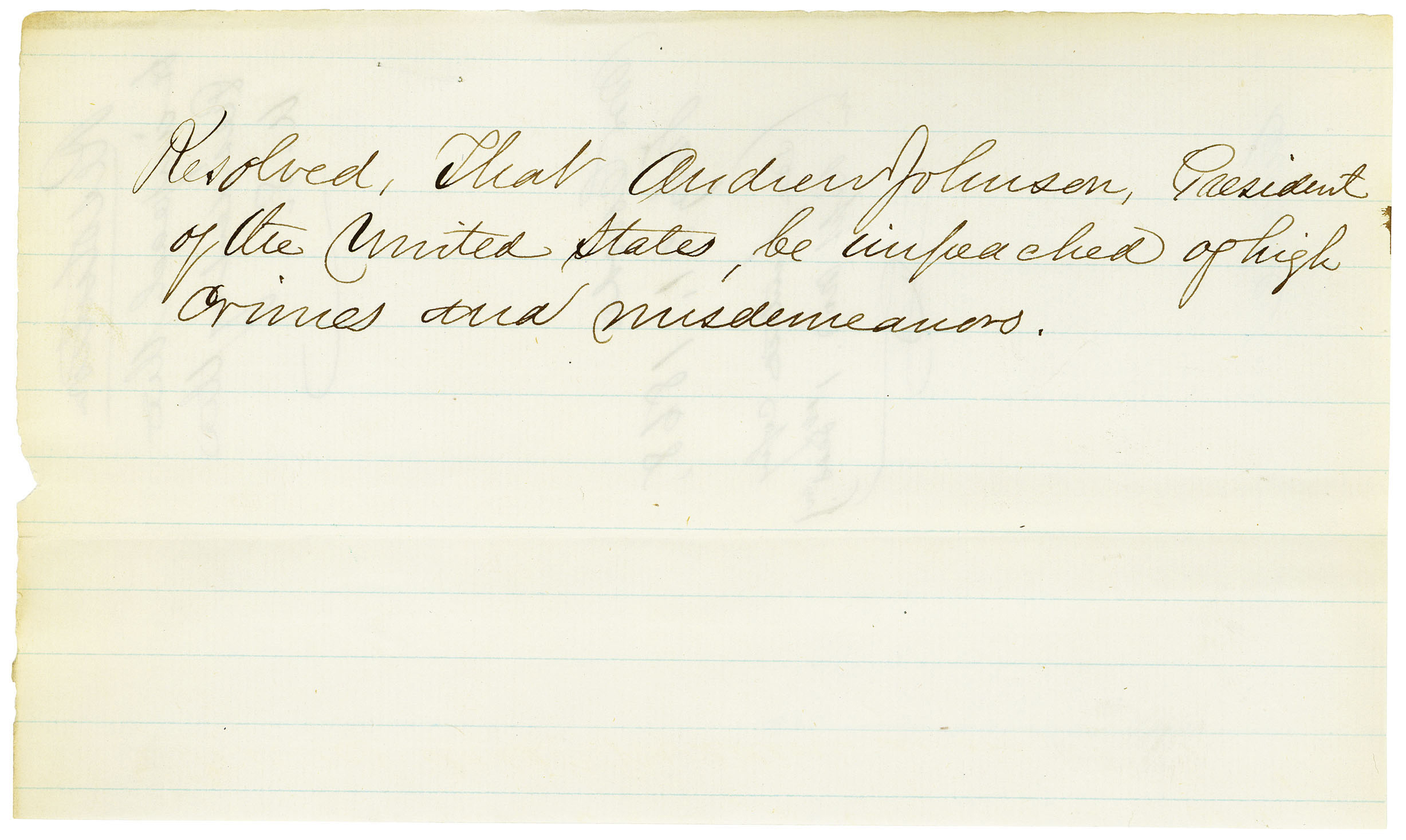 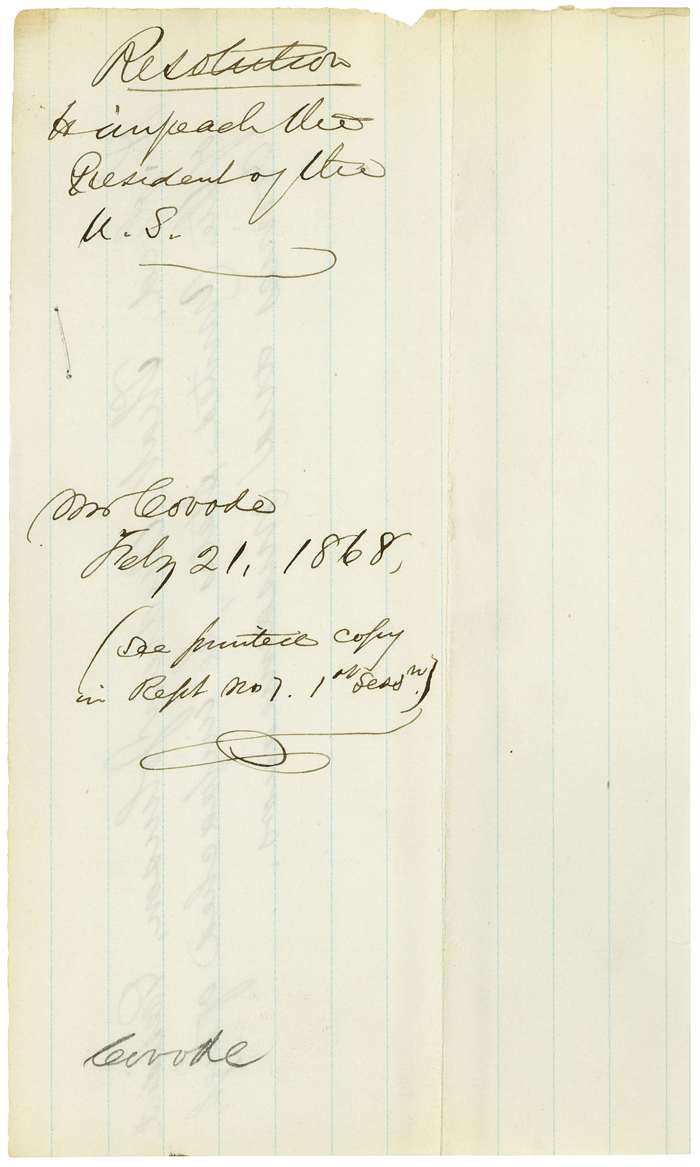