Daniel K. Inouye was born in Honolulu, Hawaii on September 7, 1924. He served in World War II and later received the Congressional Medal of Honor for his service. After earning a law degree and then serving as Hawaii's first representative in the U.S. House of Representatives, he successfully ran for the U.S. Senate in 1962. Inouye served in the Senate for over 50 years until his death on December 17, 2012. 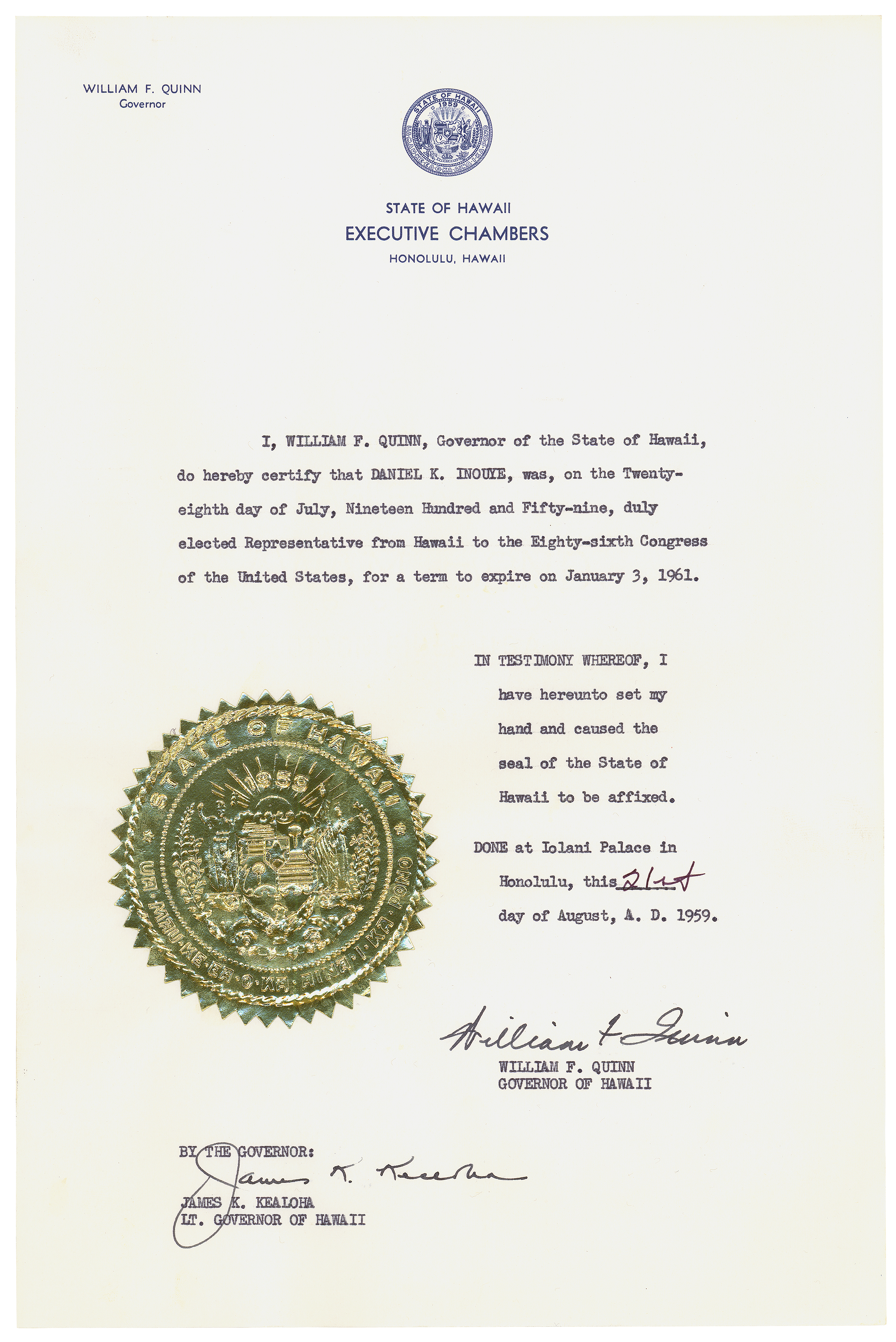 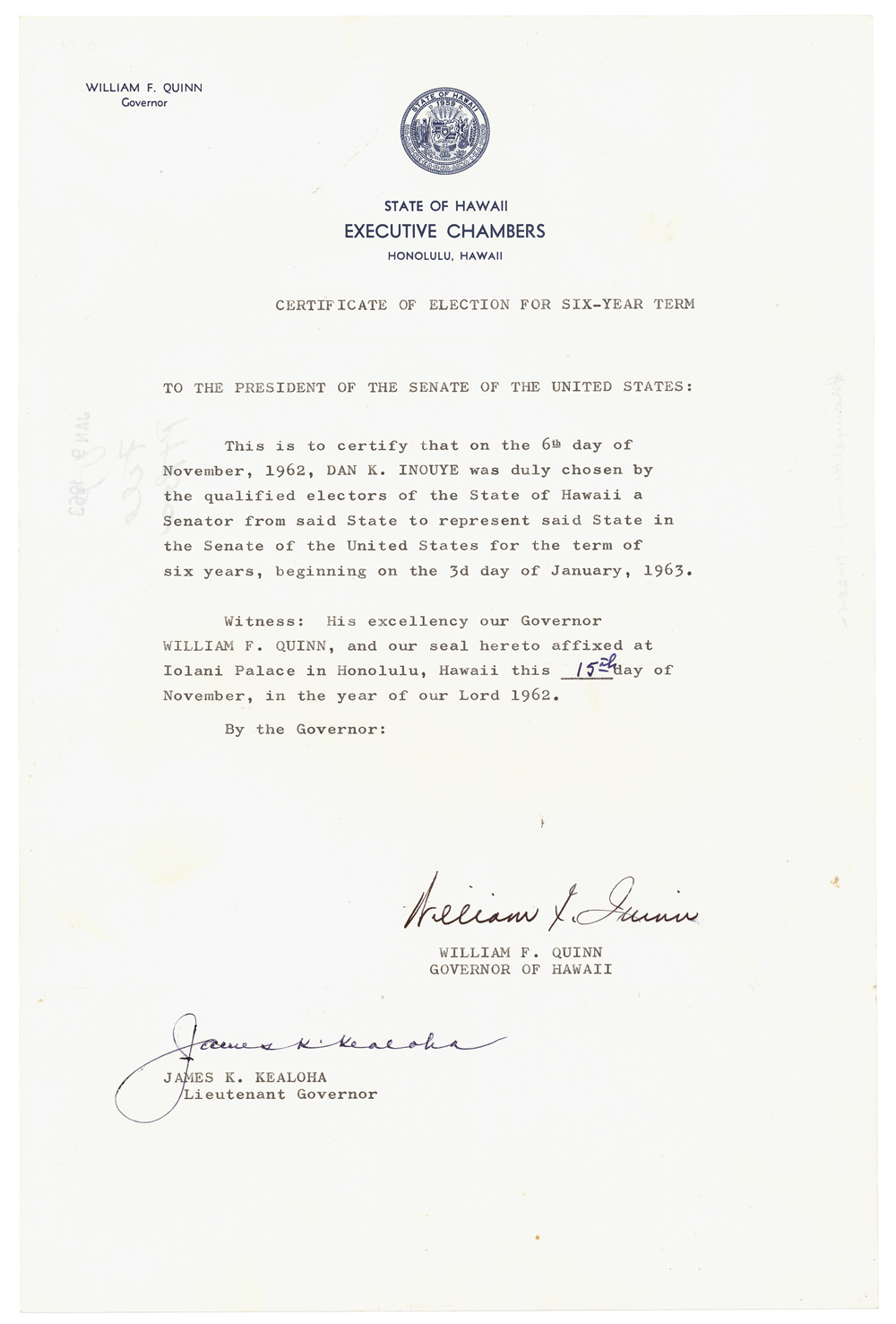