Shortly after Kansas was admitted to the Union, James H. Lane and Samuel C. Pomeroy were chosen as the new state's first Senators. They presented their credentials to the Senate on July 4, 1861 at the commencement of a special session of Congress called by President Abraham Lincoln to address the outbreak of the U.S. Civil War. 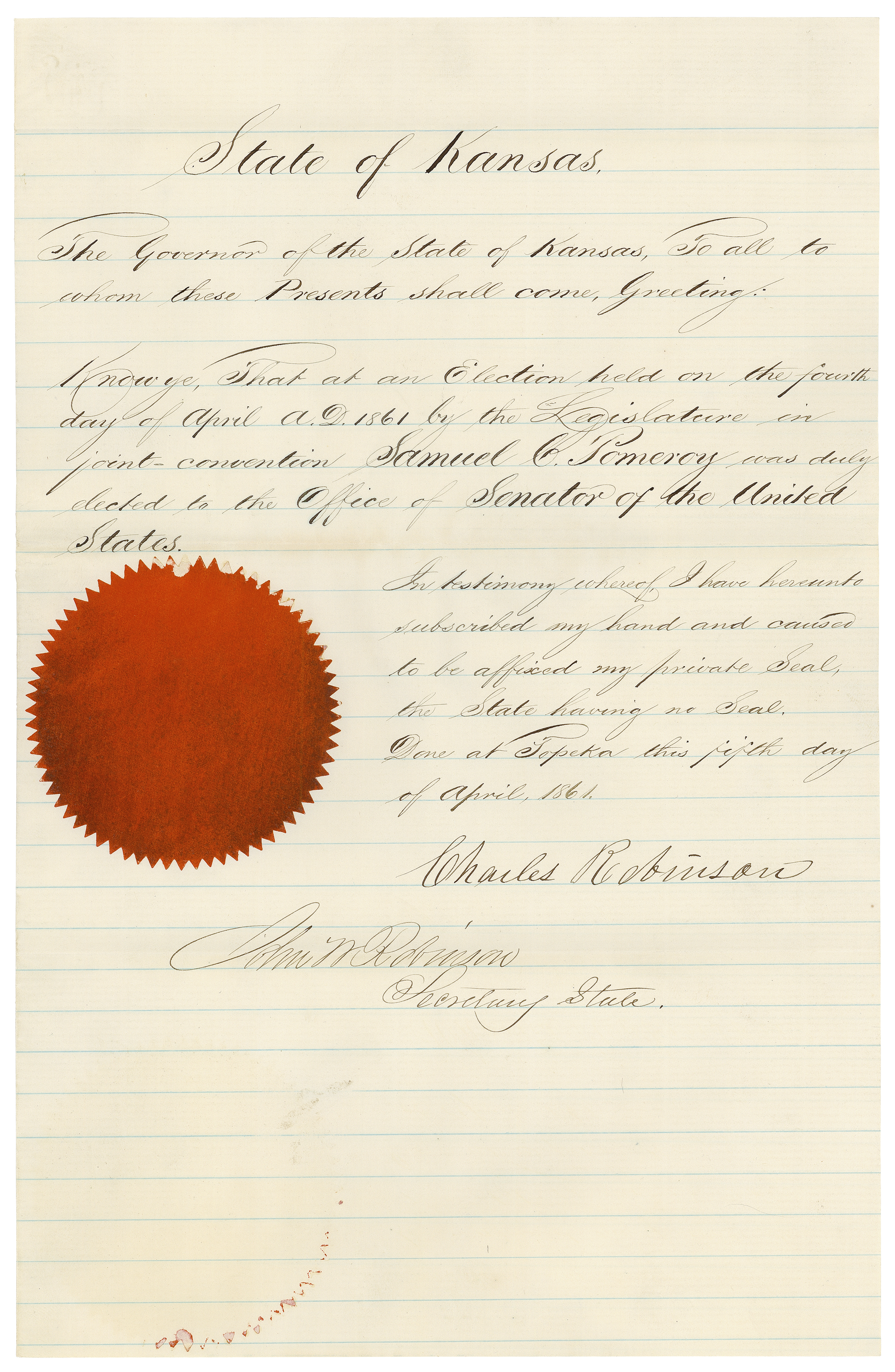 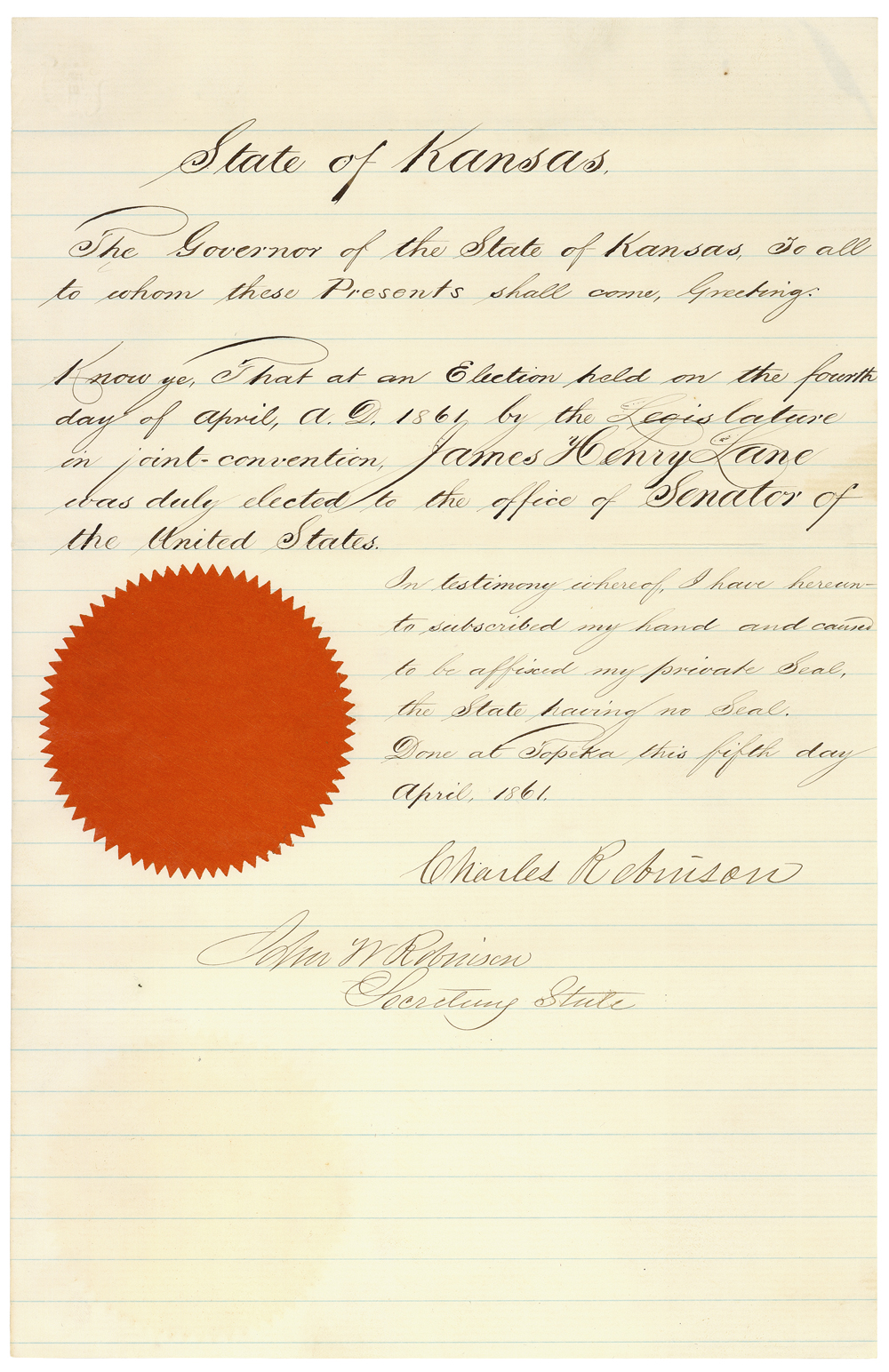