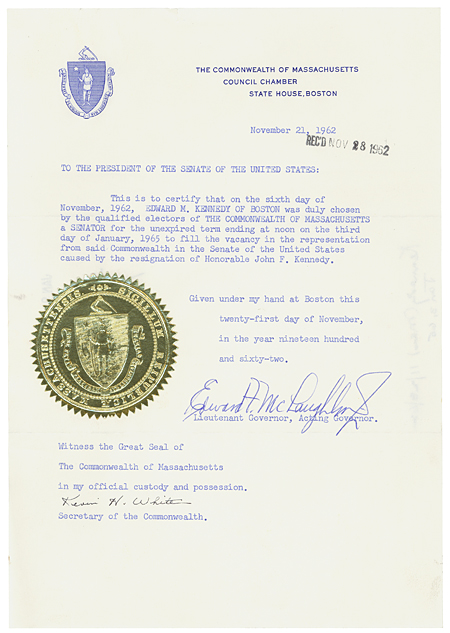 Edward Kennedy first entered the U.S. Senate in 1962 when he won a special election to fill the vacant Senate seat of his brother—John F. Kennedy—who had resigned the seat in 1960 to become President of the United States.