"March On Washington Commanded by Communist," Heads Up No. 2

Some opponents of the March considered it the first step towards a communist coup. This article from the popular San Diego, CA newsletter Heads Up, was typical for the times in its fiery anti-March, anti-communist rhetoric. The article notes March Deputy Organizer Bayard Rustin’s attendance at the 1957 American Communist Party Convention, his pacifism during WWII, and, indirectly, his homosexuality. The article concludes with direct accusations against Reverend Martin Luther King Jr. for his association with Bayard and with other suspected communists, who were supposedly using him to further the aims of Chairman Nikita Khruschev of the Soviet Union. This document comes from the House Un-American Activities Committee’s extensive files on suspected communist sympathizers and spies. 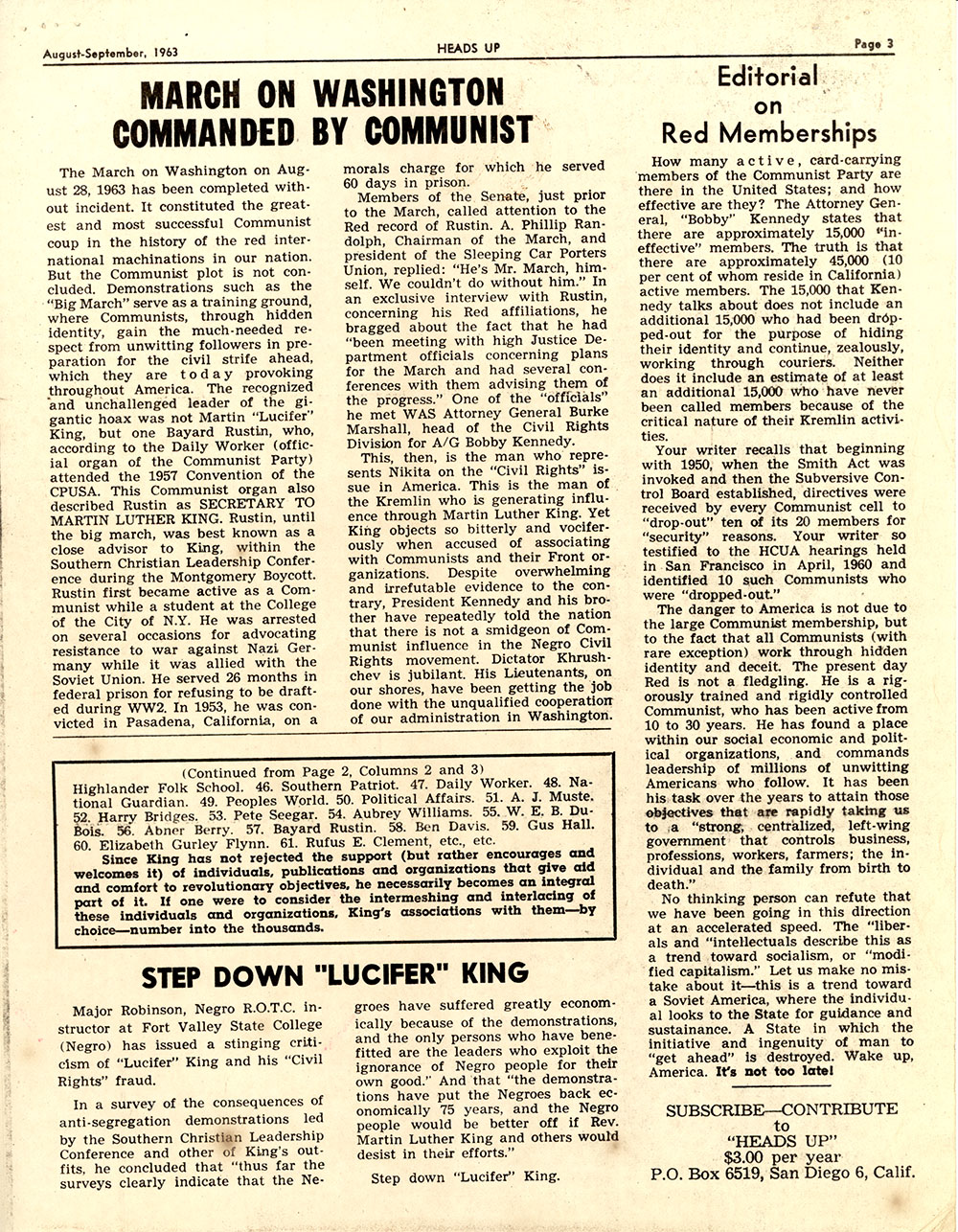