Pamphlet on Final Plans for the March on Washington for Jobs and Freedom, August 28, 1963

This pamphlet was distributed to clearly communicate the purpose for the March. It captures the powerful emotional appeal of the March in its succinct reasoning and unequivocal demands. These pages focus on the driving forces behind the March–its key organizing sponsors, the conditions that made it necessary, and the specific legislative actions called for by its participants. 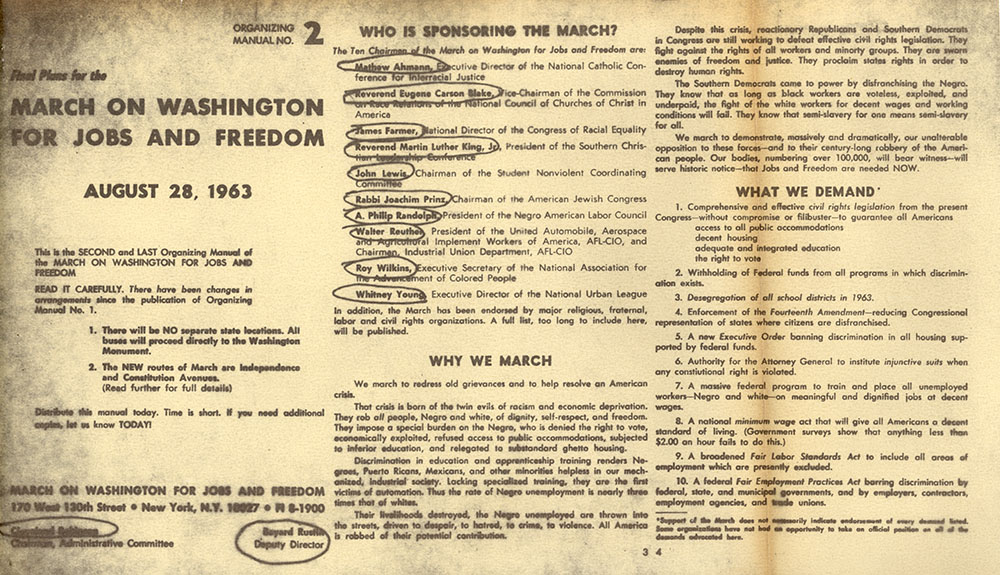 Pamphlet on Final Plans for the March on Washington for Jobs and Freedom, August 28, 1963; Committee on Un–American Activities, RG 233, Records of the U.S. House of Representatives​; National Archives Building, Washington, DC.