A week before the March, Roy Wilkins of the National Association for the Advancement of Colored People (NAACP) received a message from the representatives of a 10,000 person demonstration held in Beijing on August 12, 1963. In that message, the Chinese representatives voiced their support for the marchers and their condemnation of the American government. Roy Wilkins replied with a polite, but firm rebuff of Chinese support, pointing out that the absence of individual liberties in China prevented Chinese citizens from holding their own march. This action was widely recognized and applauded in newspapers and Congressional debate as a substantive affirmation of the Marchers’ firm allegiance to American principles. 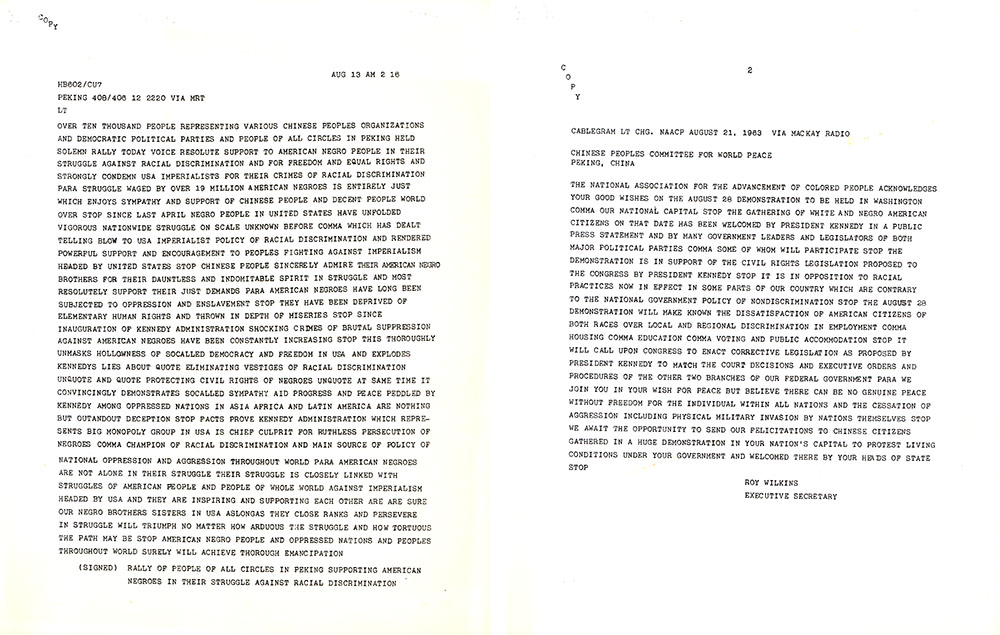