A Tribute to Senator John McCain

John McCain served as a member of Congress for nearly 35 years.  He was first elected in 1982, as the Representative from Arizona’s first district, and he served two terms in the U.S. House of Representatives from January 1983 to January 1987.  In 1986 he successfully ran for the U.S. Senate. In January of 1987 he took the oath of office as one of the two senators from Arizona, a position he was re-elected to five more times. He served in the U.S. Senate until he passed away on August 25, 2018. 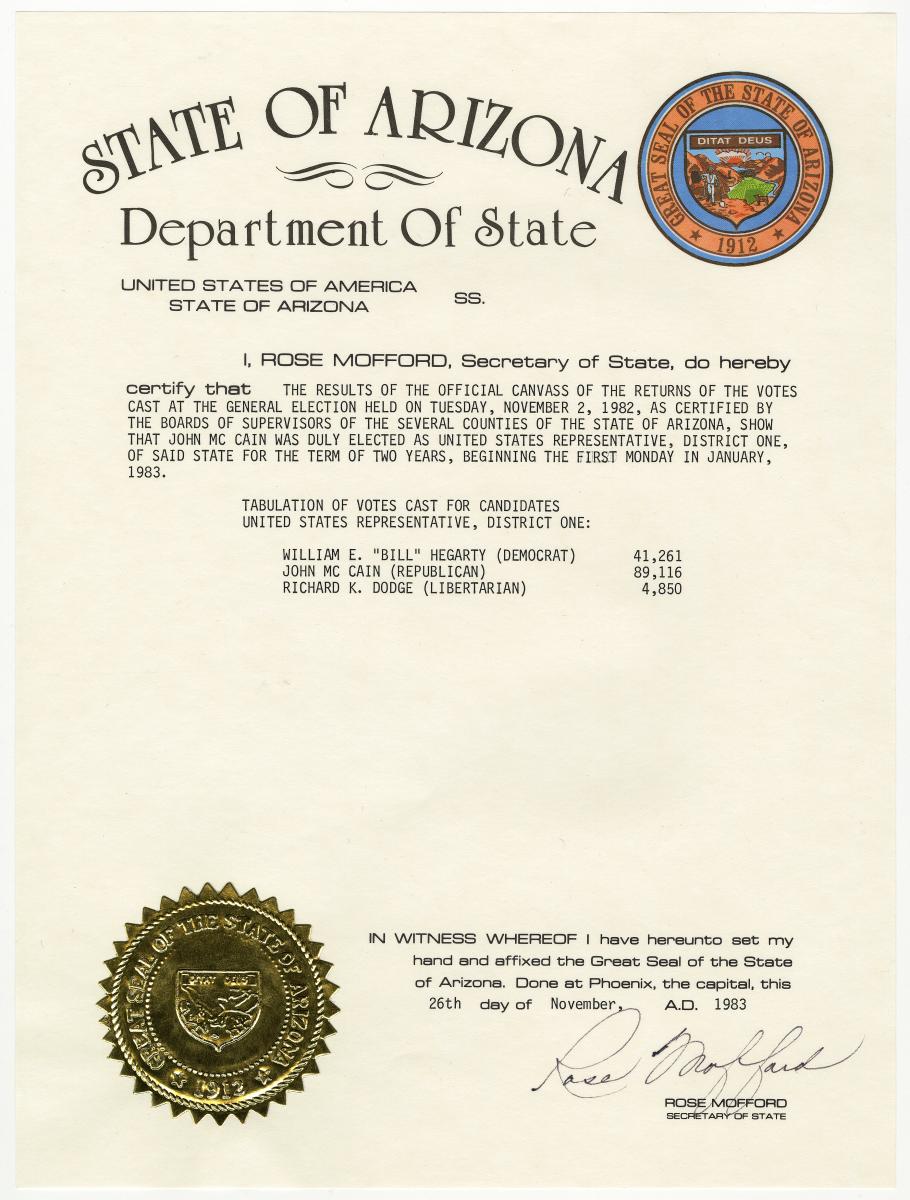 Certificate of Election for John McCain, Representative of Arizona, District One; Records of the Office of the Clerk, 98th Congress, U. S. House of Representatives, Record Group 233 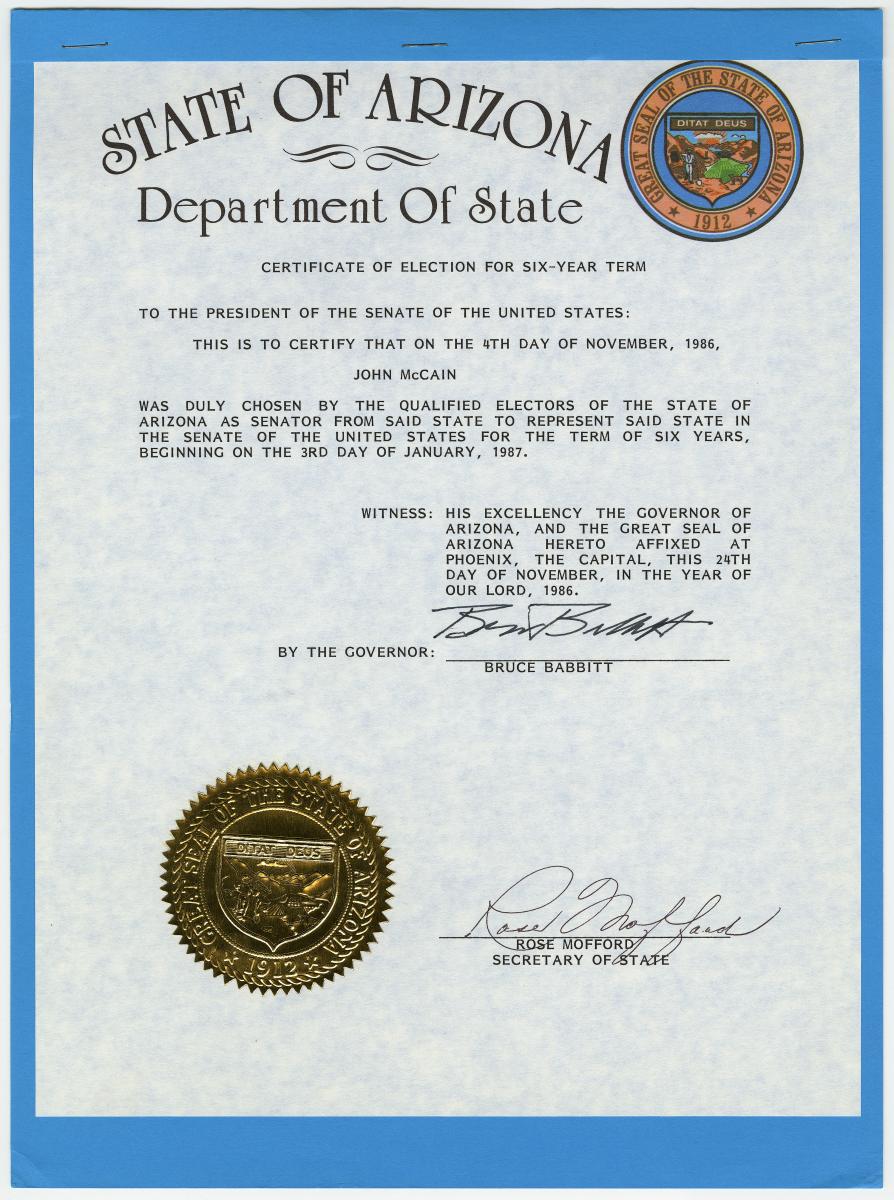 Certificate of Election for John McCain, Senator from Arizona; Records of the Secretary of the Senate, 100th Congress, U. S. Senate, Record Group 46