In 1861, photographs of the Yosemite Valley stirred many Americans to petition Congress and President Abraham Lincoln to preserve Yosemite from industrial speculation and hazardous tourism. On June 30, 1864 Congress passed the Yosemite Act, which placed Yosemite Valley, and a nearby grove of sequoias, under the protection of California. California managed the park until 1906 when it was merged with the Yosemite National Park. 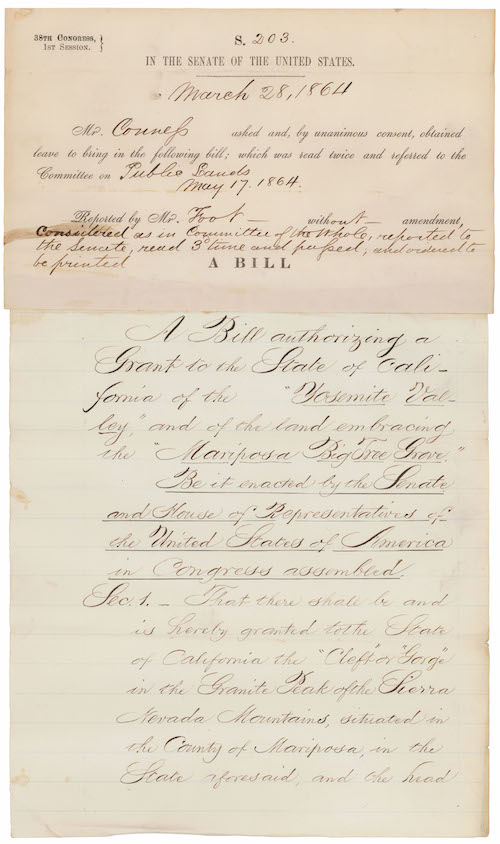