During the late 19th Century various members of Congress introduced bills in support of Arizona and New Mexico statehood, but none were approved. In 1903 the Senate Committee on Territories reported a bill to enable Oklahoma, Arizona and New Mexico to be admitted into the Union. Senator Matthew S. Quay (R-PA) pushed to pass this Omnibus Statehood Bill but was blocked by Senator Albert J. Beveridge (R-IN) in the "Senatorial turnstile." 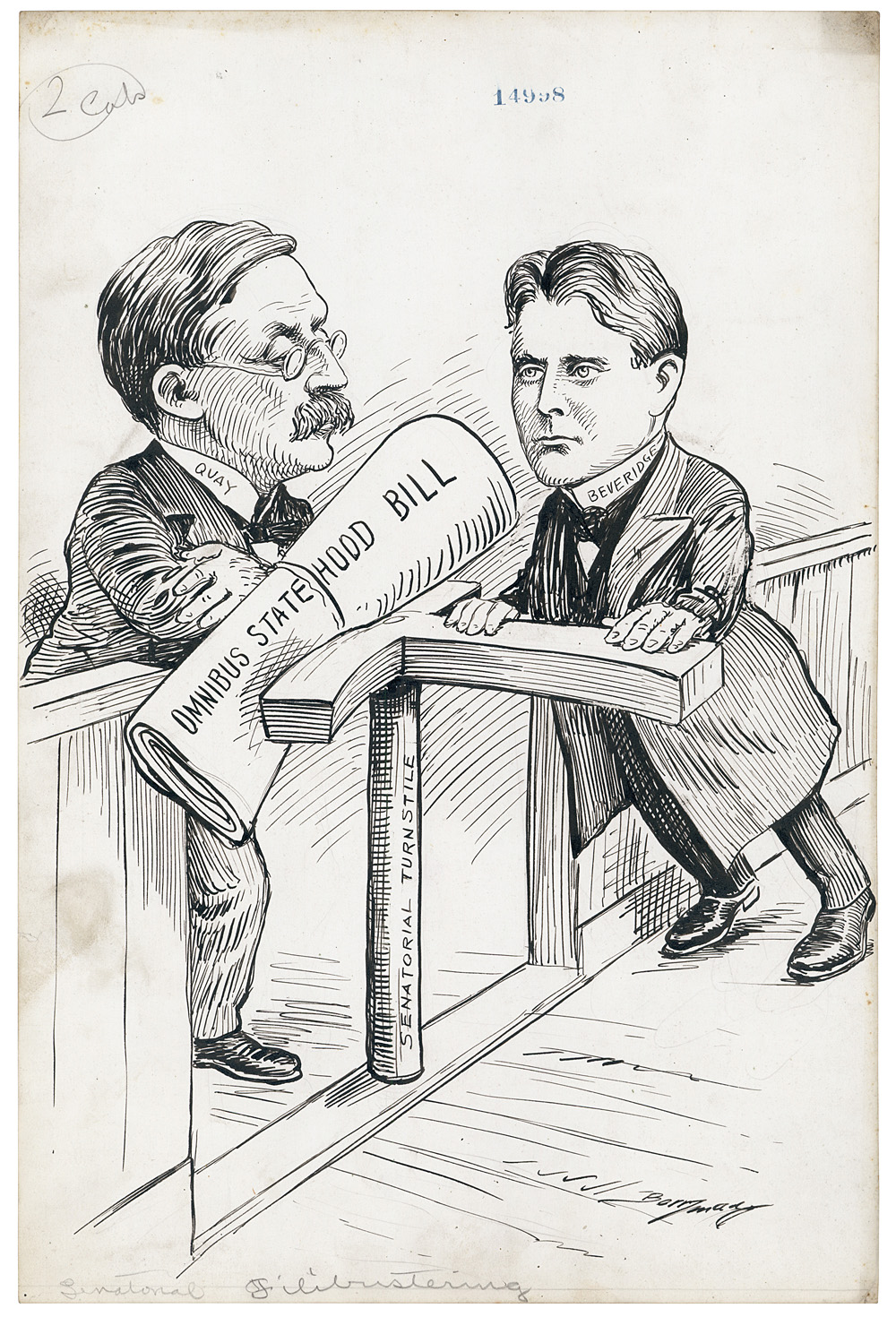