The Gadsden Purchase is a roughly 30,000 square-mile region of present-day southern Arizona and southwestern New Mexico that was acquired by the United States in a treaty signed by American ambassador to Mexico James Gadsden on December 30, 1853. The treaty was ratified, with changes, by the U.S. Senate and signed by President Franklin Pierce with final approval by Mexico on June 8, 1854. The purchase was the last major territorial acquisition in the contiguous United States. 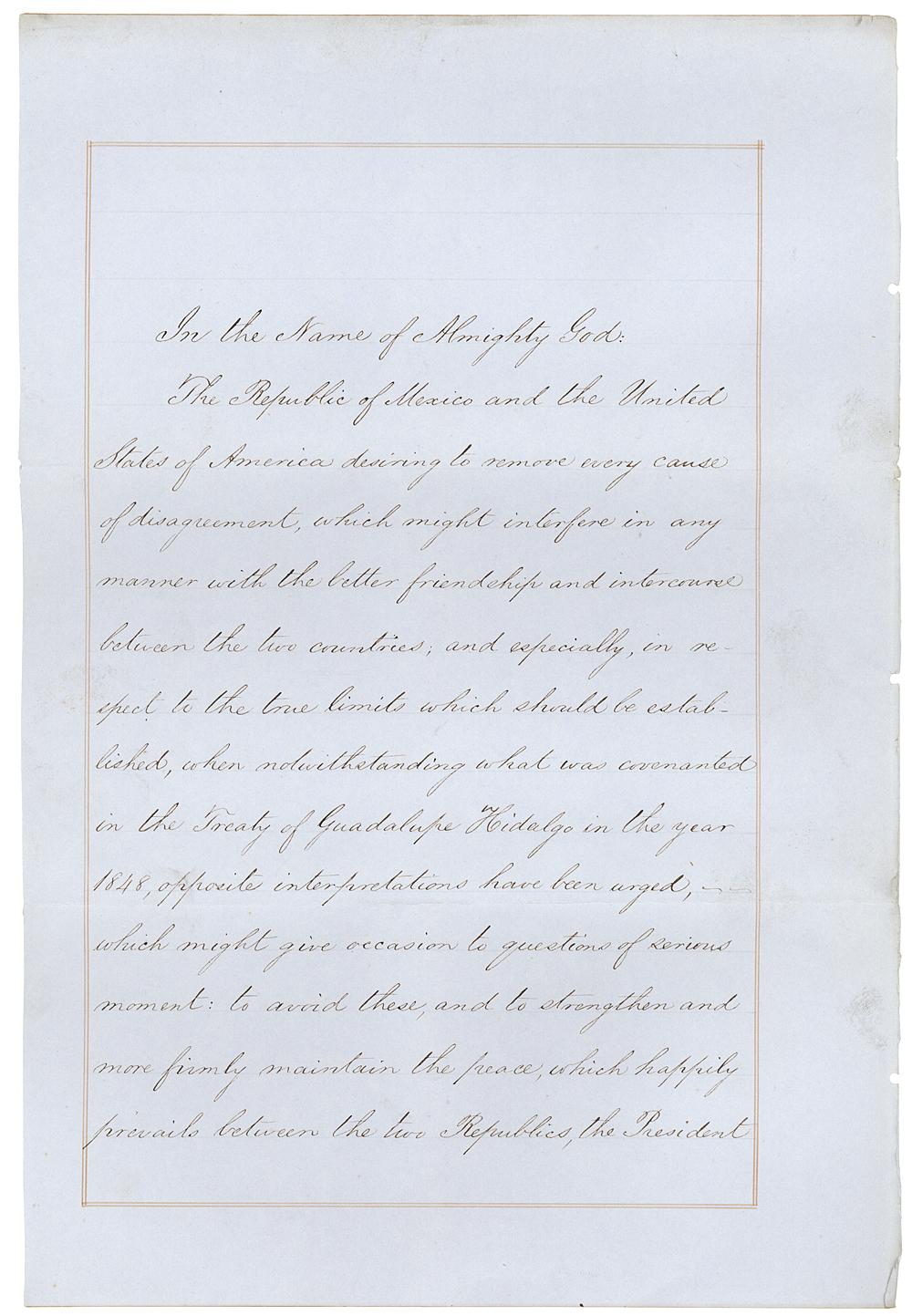