Initial efforts by Congress to create an Arizona Territory from the New Mexico Territory failed. However, the escalating Civil War and concern for control over railroad routes to California led Congress to renew their efforts. After much debate Congress passed H.R. 357, creating the Territory of Arizona, and on February 24, 1863 President Abraham Lincoln signed it into law. 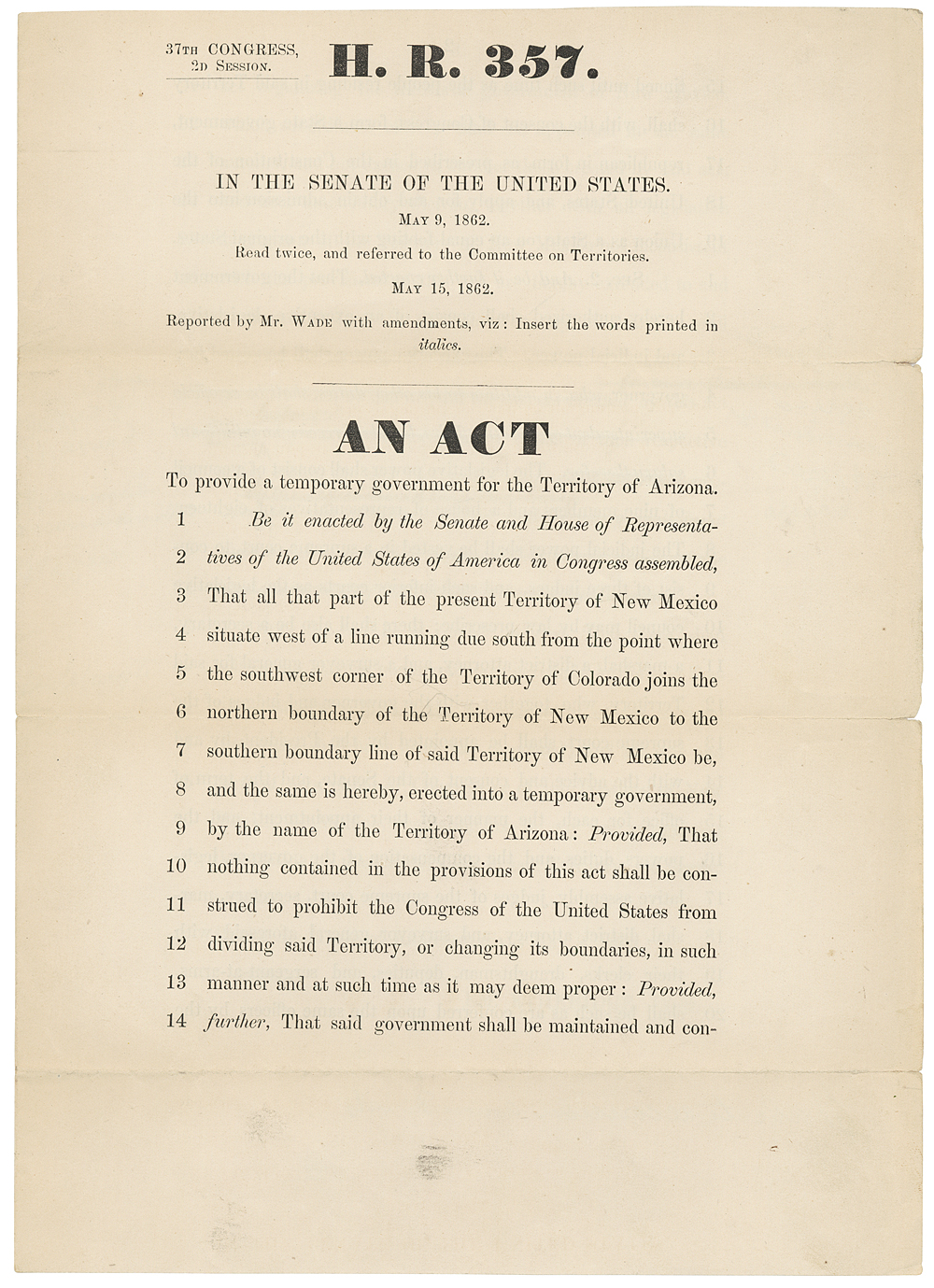