On August 15, 1911, President William Howard Taft vetoed the statehood resolution in large part because Arizona's constitution allowed for the recall of judges, a provision that he stated went against the need for an independent judiciary. 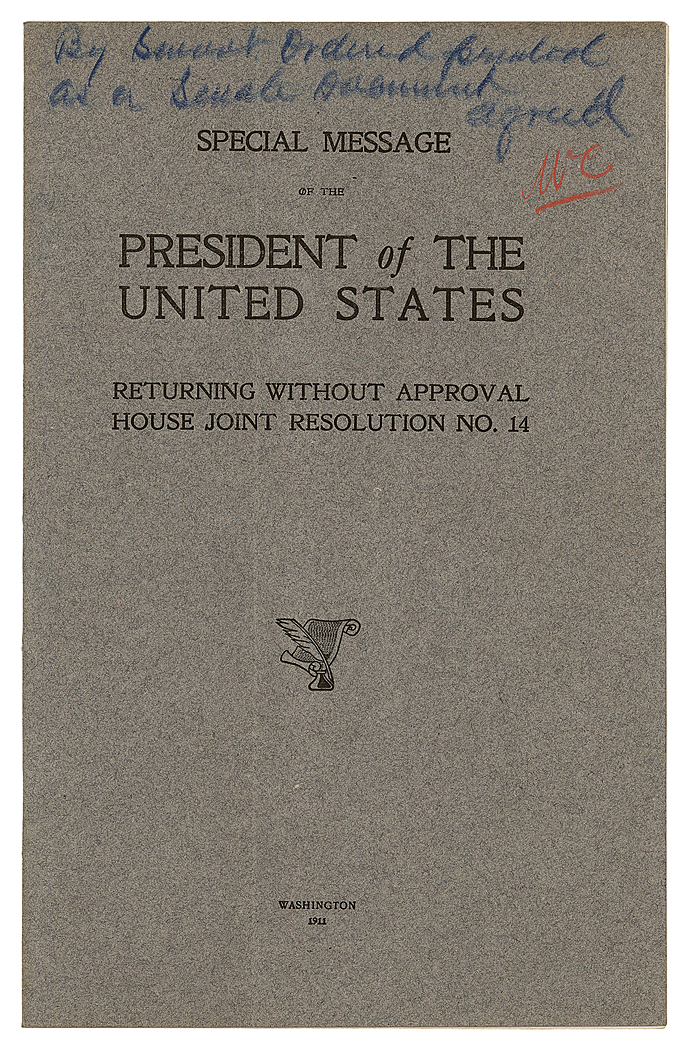 Page 1 of President William Howard Taft's veto of H.J. Res. 14 to admit the territories of New Mexico and Arizona as States into the Union, August 15, 1911; Records of the U. S. Senate, RG 46 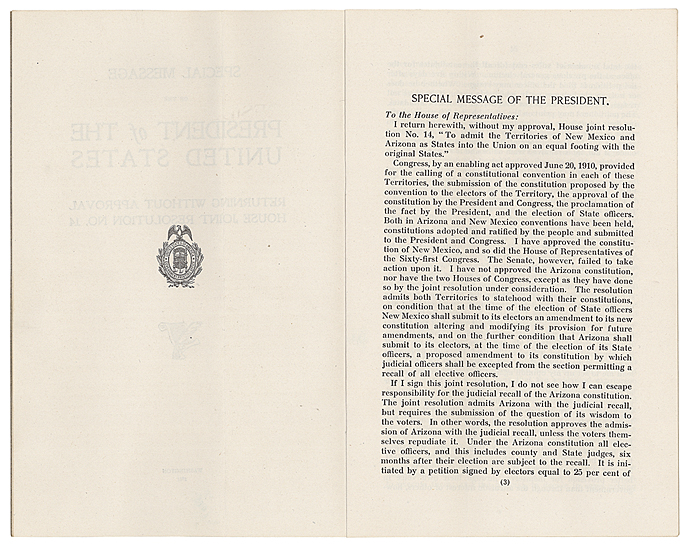 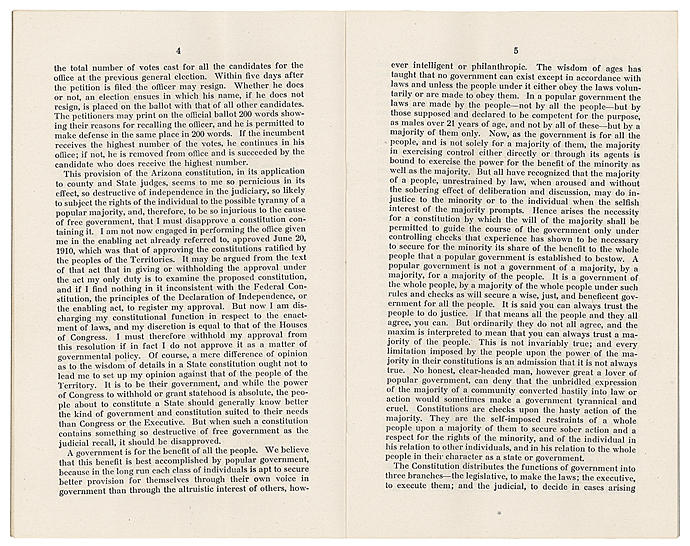 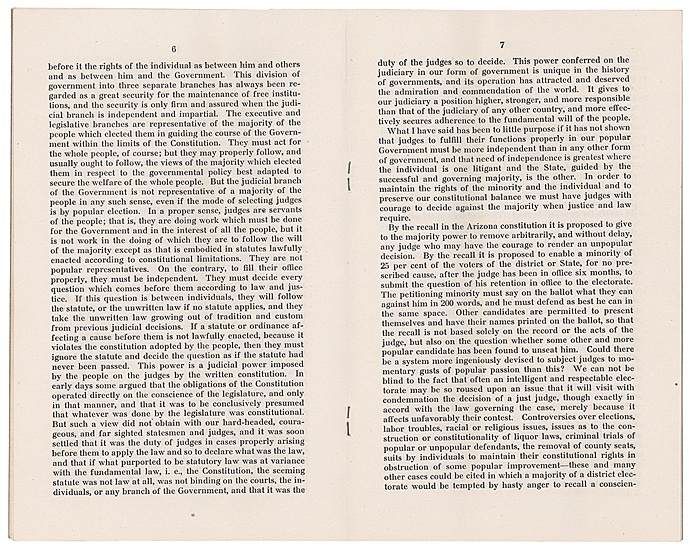 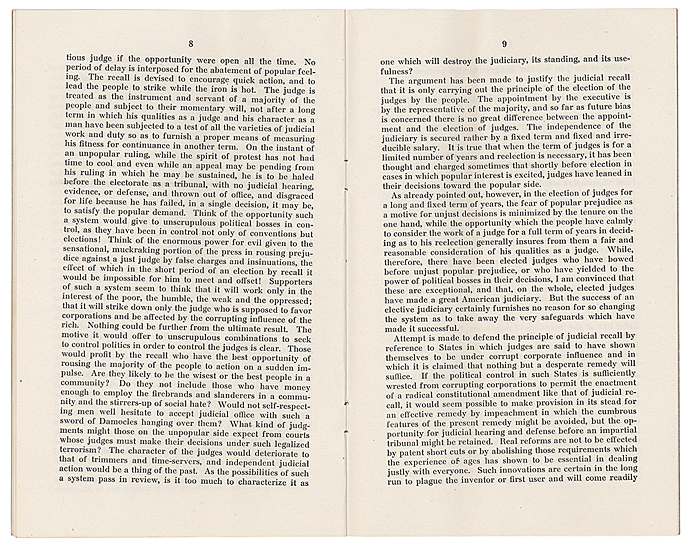 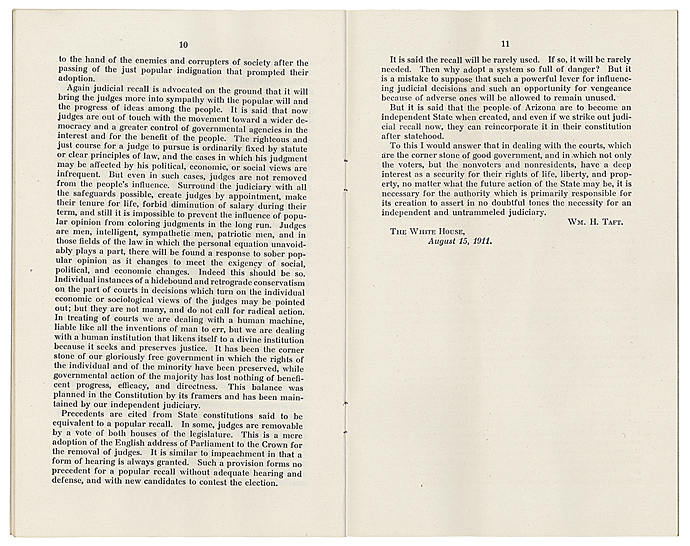