On the morning of December 7, 1941, Japanese bombers staged a surprise attack on U.S. military and naval forces in Hawaii. In a devastating defeat, the United States suffered

3,435 casualties and loss of or severe damage to 188 planes, 8 battleships, 3 light cruisers, and 4 miscellaneous vessels. Japanese losses were less than 100 personnel, 29 planes, and 5 midget submarines.

The day after the attack, before a joint session of Congress, President Roosevelt asked Congress for a  declaration of war against Japan.

Four years after the attack, Congress established the Joint Committee on the Investigation of the Pearl Harbor Attack. Their task was to make a full and complete investigation of the facts relating to the events and circumstances leading up to or following the attack. In its investigation, the committee sought to determine whether shortcomings or failures on the U.S. side might have contributed to the disaster and, if so, to suggest changes that might protect the country from another attack in the future. The committee's public hearings began on November 15, 1945, and continued until May 31, 1946.

Visit our featured document the  Day of Infamy Address for additional information. 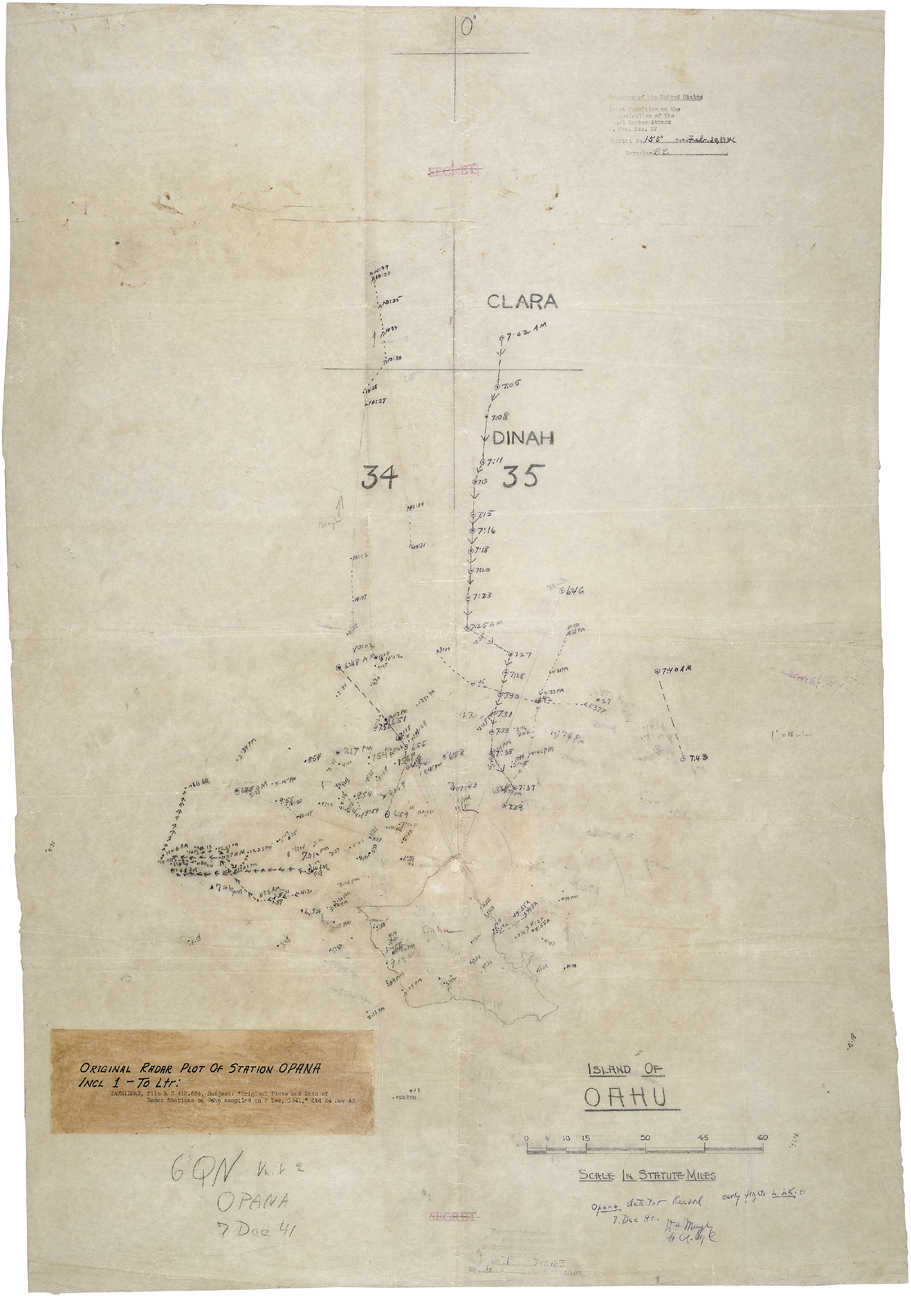 The Radar Plot of Detector Station Opana was an exhibit of the Joint Committee. The 22 x 31-inch radar plot was made by Private Joseph L. Lockard at the Opana Radar Station on the morning of December 7, 1941. It indicated a large number of aircraft approaching the island of Oahu. The control officer believed the radar signals announced the approach of American B-17s scheduled for arrival the same day, but the signals actually tracked the first wave of Japanese bombers and torpedo planes that attacked Pearl Harbor.

If you have problems viewing these images, please contact  legislative.archives@nara.gov.