On the morning of April 18, 1906, a massive earthquake shook San Francisco, California. Though the quake lasted less than a minute, its immediate impact was disastrous. The earthquake also ignited several fires around the city that burned for three days and destroyed nearly 500 city blocks.

Despite a quick response from San Francisco's large military population, the city was devastated. The earthquake and fires killed an estimated 3,000 people and left half of the city's 400,000 residents homeless. Aid poured in from around the country and the world, but those who survived faced weeks of difficulty and hardship.

The survivors slept in tents in city parks and the Presidio, stood in long lines for food, and were required to do their cooking in the street to minimize the threat of additional fires. The San Francisco earthquake is considered one of the worst natural disasters in U.S. history.

Congress responded to the disaster in several ways. The House and the Senate Appropriations Committees enacted emergency appropriations for the city to pay for food, water, tents, blankets, and medical supplies in the weeks following the earthquake and fire. They also appropriated funds to reconstruct many of the public buildings that were damaged or destroyed.

Other congressional responses included the House Claims Committee handling claims from owners seeking reimbursement for destroyed property. For example, the committee received claims from the owners of several saloons and liquor stores, whose supplies of alcoholic spirits were destroyed by law enforcement officers trying to minimize the spread of fires and threat of mob violence. In the days following the earthquake, officials destroyed an estimated $30,000 worth of intoxicating liquors.

The Senate Committee on Public Buildings and Grounds reporting on buildings damaged in San Francisco, Oakland, and San Jose, and estimates of cost of repairs. The Senate also passed a resolution asking the Secretary of War to furnish the Senate with a copy of a report on the earthquake and fire. The report on the relief efforts and accompanying captioned photographs, prepared by the U.S. Army, are now housed with the records of the Senate Committee on Printing.

The following images are records of the United States Senate, National Archives from Record Group 46: 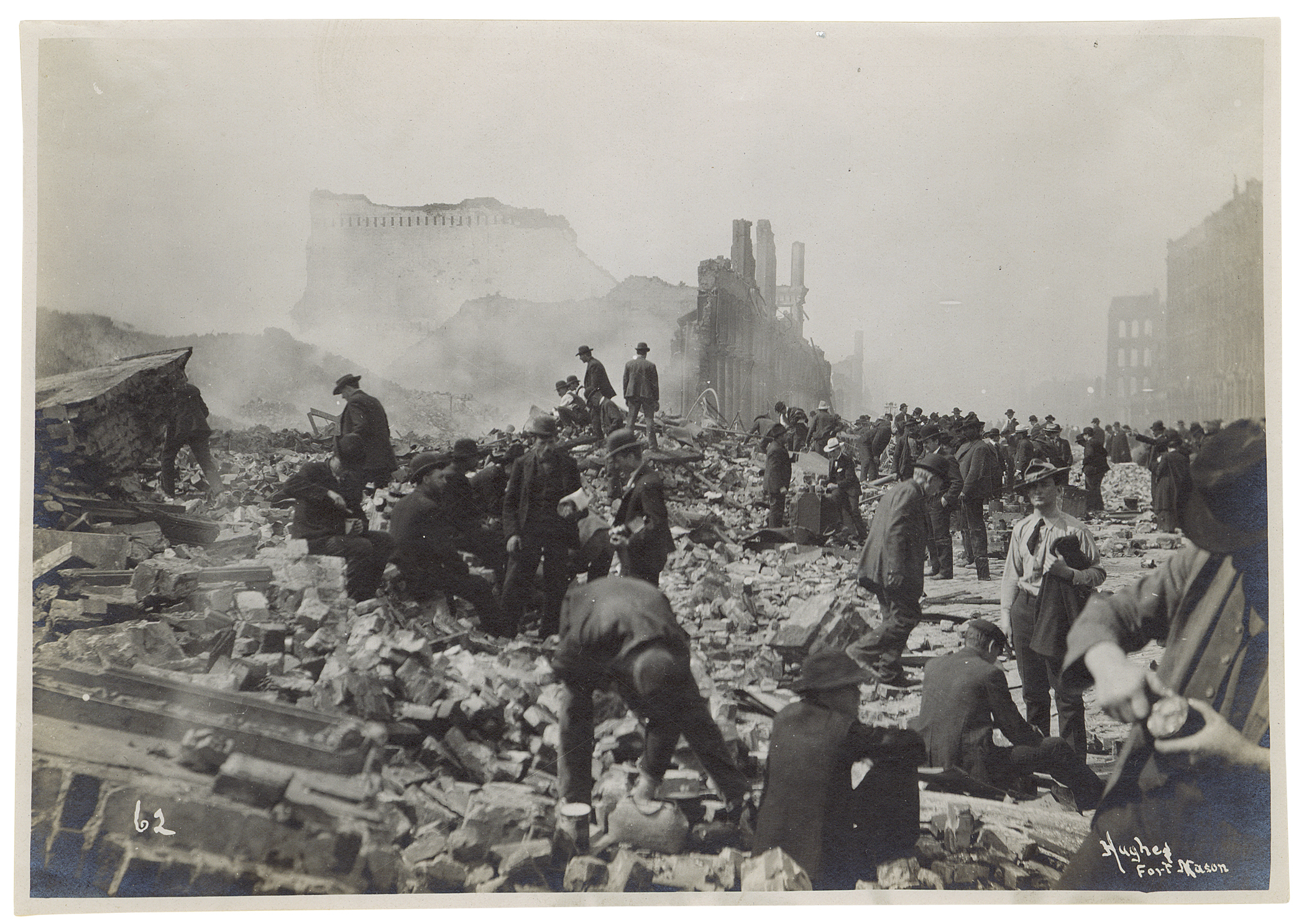 No. 63. Souvenier hunters. These in the early stages caused considerable trouble to the military authorities. RG 46, Records of the United States Senate, National Archives. 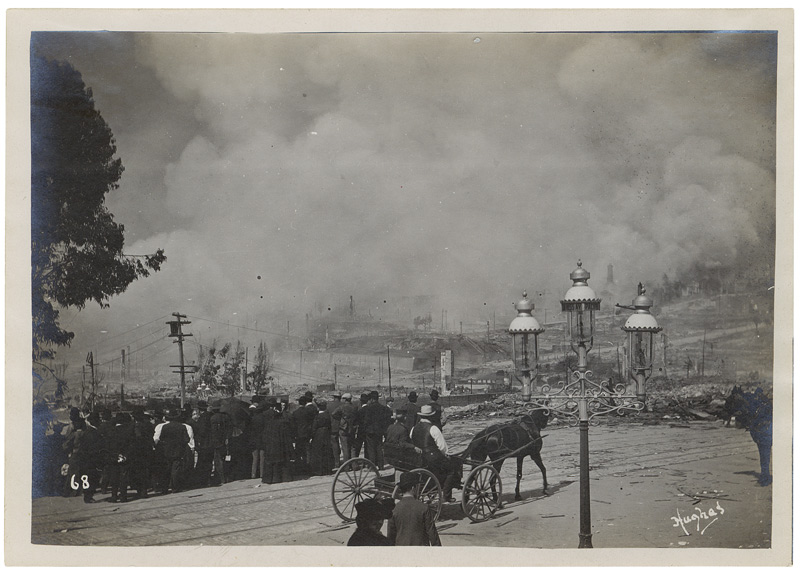 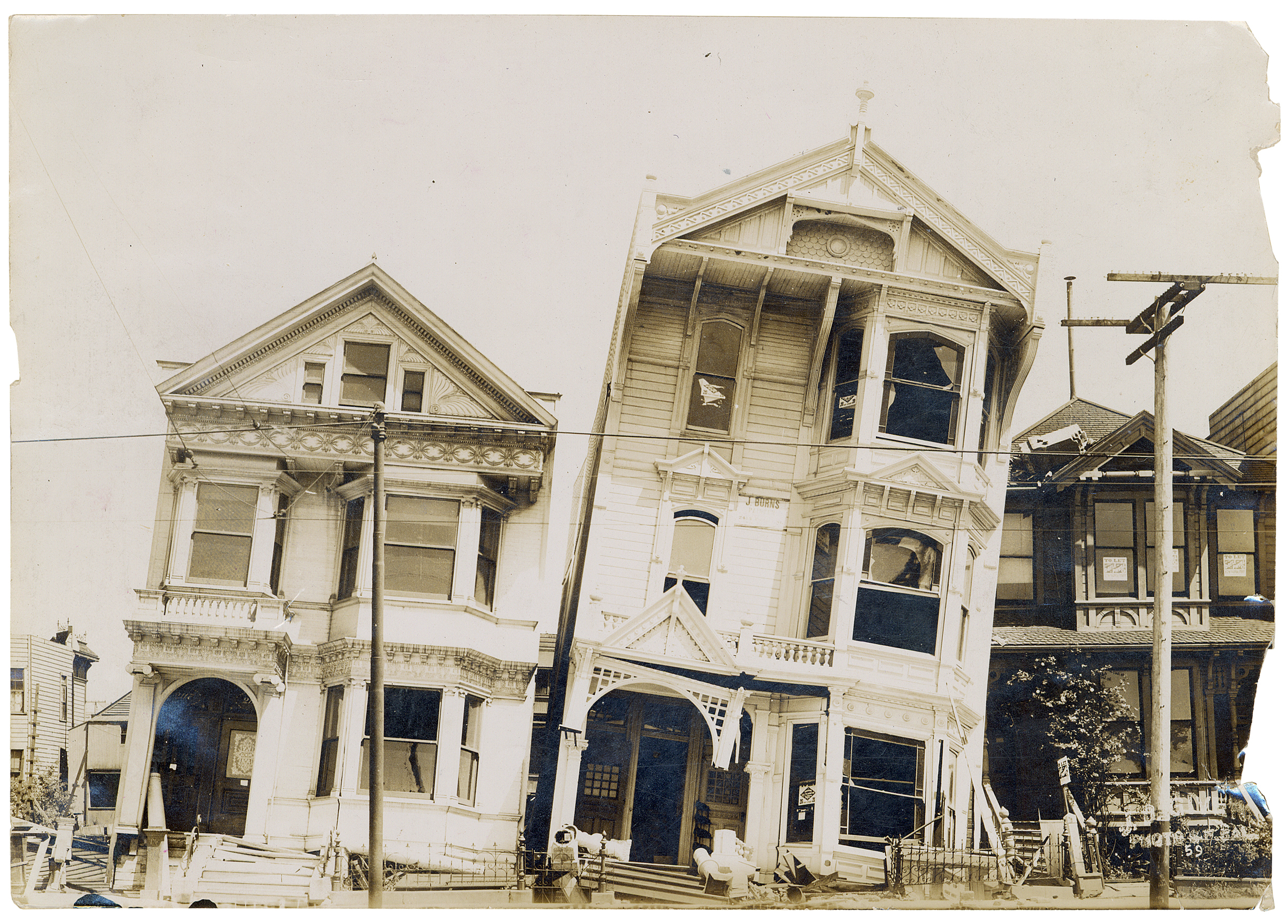 "No. 1. Effect of earthquake on houses built on loose or made ground." 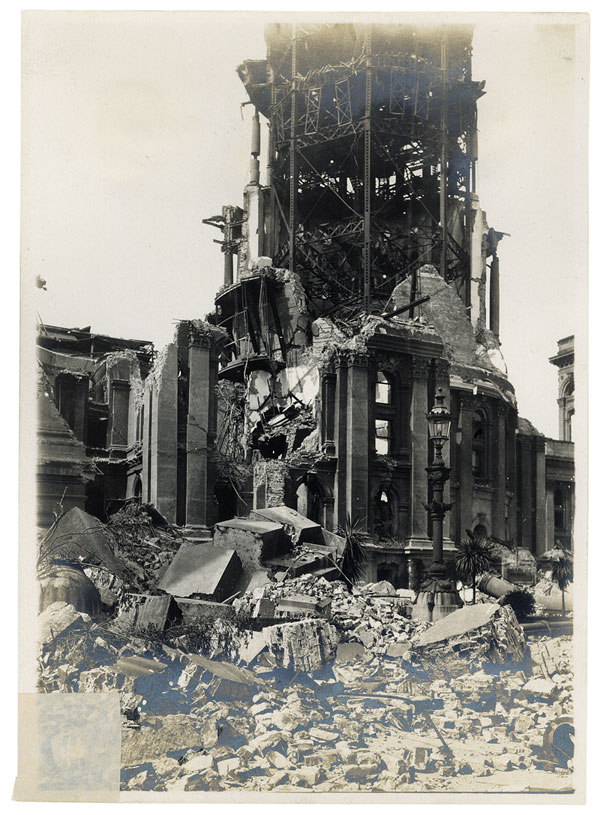 "No. 6. View of the ruined tower of the City Hall. Damage due to earthquake alone."

"No. 17. West front of the new Chronicle Building showing damage by earthquake." RG 46, Records of the United States Senate.

"No. 21. St. Francis Hotel, Fairmount Hotel in distance showing clean sweep of fire in business section of all except class A steel frame buildings." 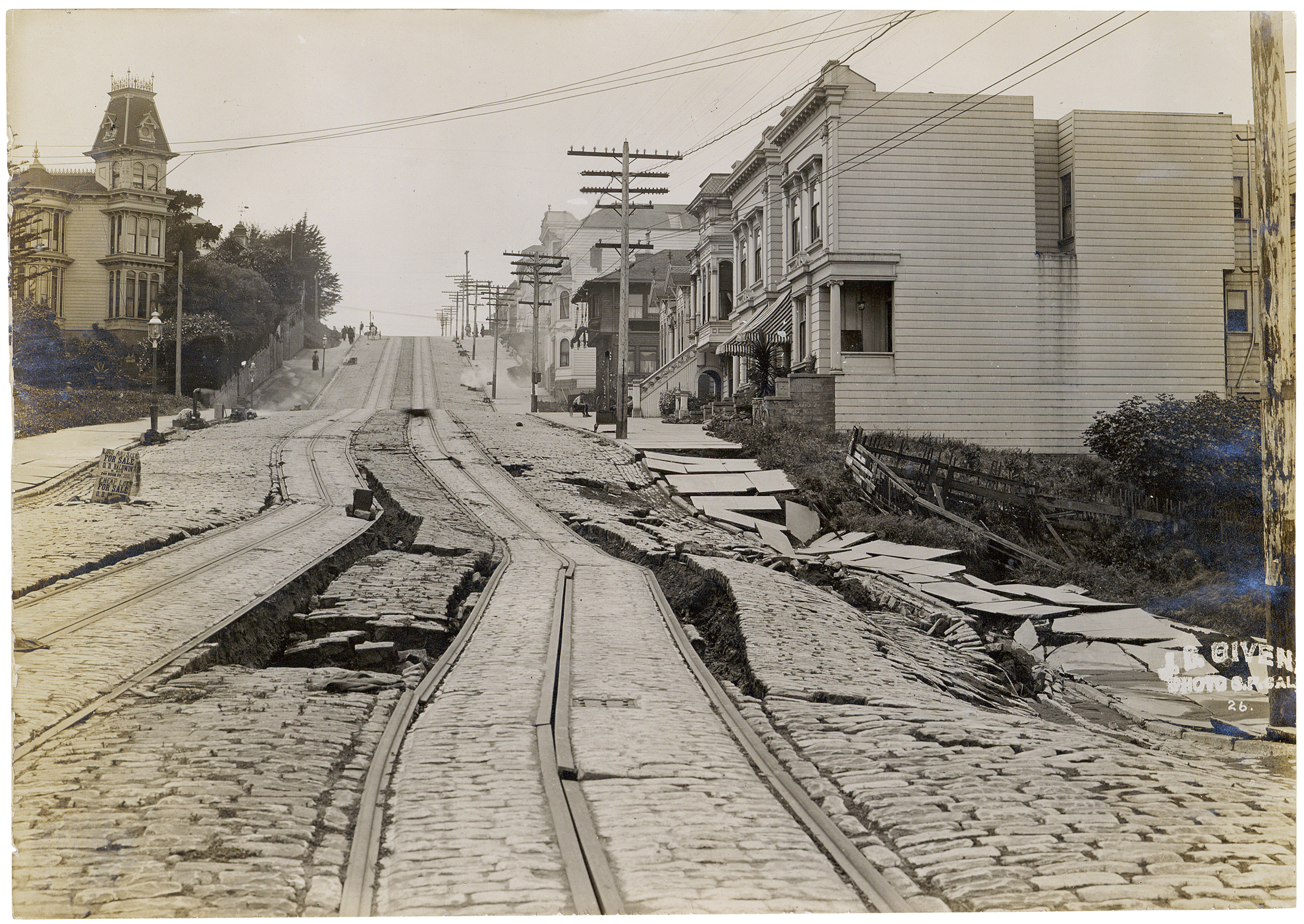 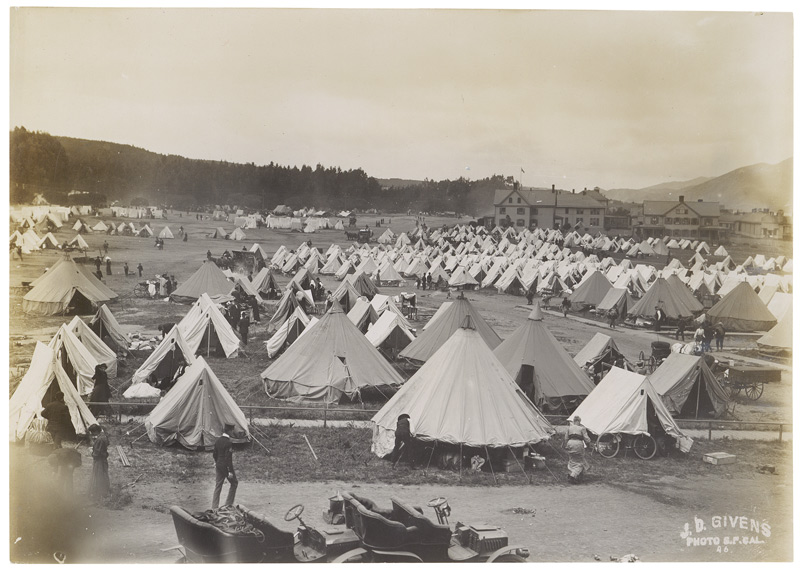 "No. 46. Camp in golden gate park under military control."

"No. 50. Chimneys were destroyed and cooking in houses was prohibited."

"No. 54. A Typical Bread line in the early stages of the relief distribution."

When an American City Is Destroyed How the U.S. military became the "first responders" and took charge when an earthquake struck San Francisco a century ago.

Hetch Hetchy Environmental Debates Between 1908 and 1913, Congress debated whether to make a water resource available or preserve a wilderness when the growing city of San Francisco, California proposed building a dam in the Hetch Hetchy Valley to provide a steady water supply. The Hetch Hetchy Valley was within Yosemite National Park and protected by the federal government, leaving it up to Congress to decide the valley’s fate.