This message was given just 10 days after President Kennedy's inauguration, one of the few instances where the President chose to give a State of the Union at the beginning of his first term. In the message President Kennedy describes the country's economic turmoils and the perilous situation with foreign affairs. He candidly remarks that "Life in 1961 will not be easy. Wishing it, predicting it, even asking for it, will not make it so. There will be further setbacks before the tide is turned. But turn it we must." 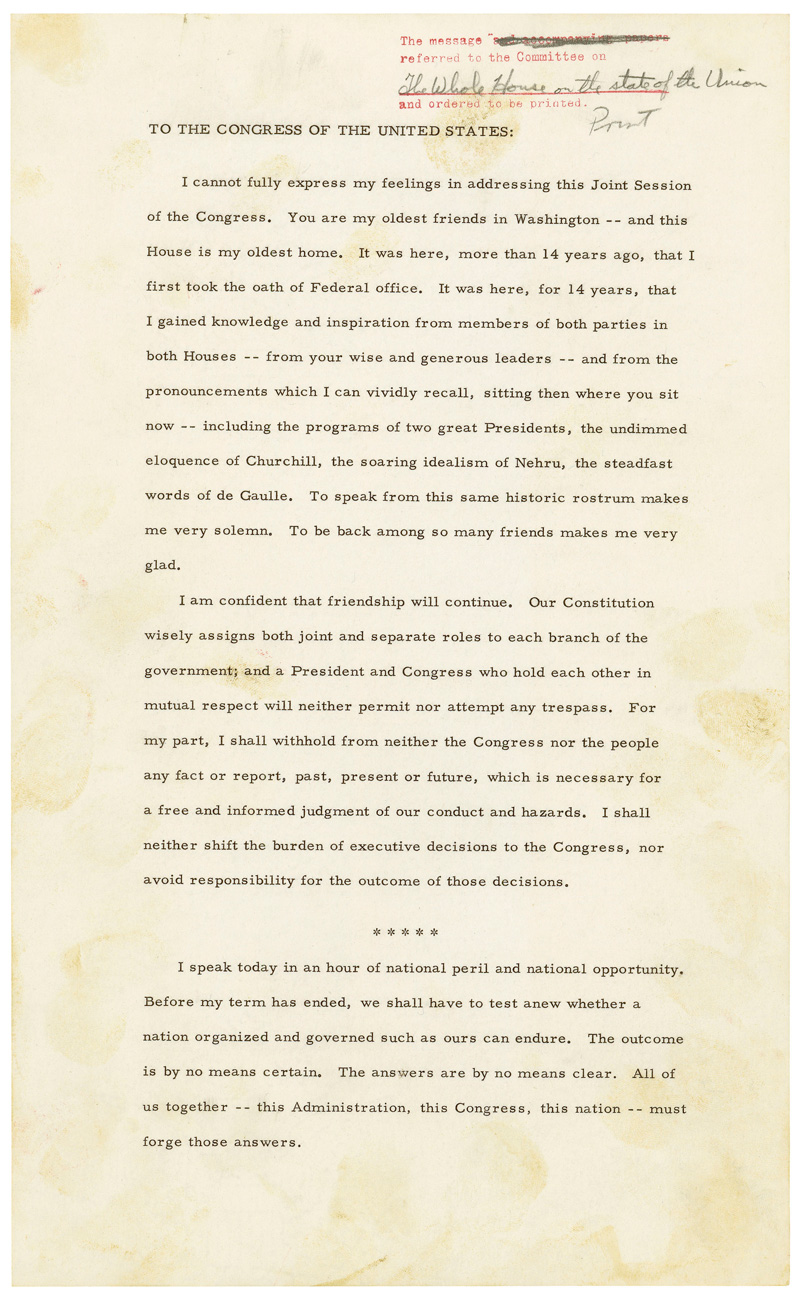 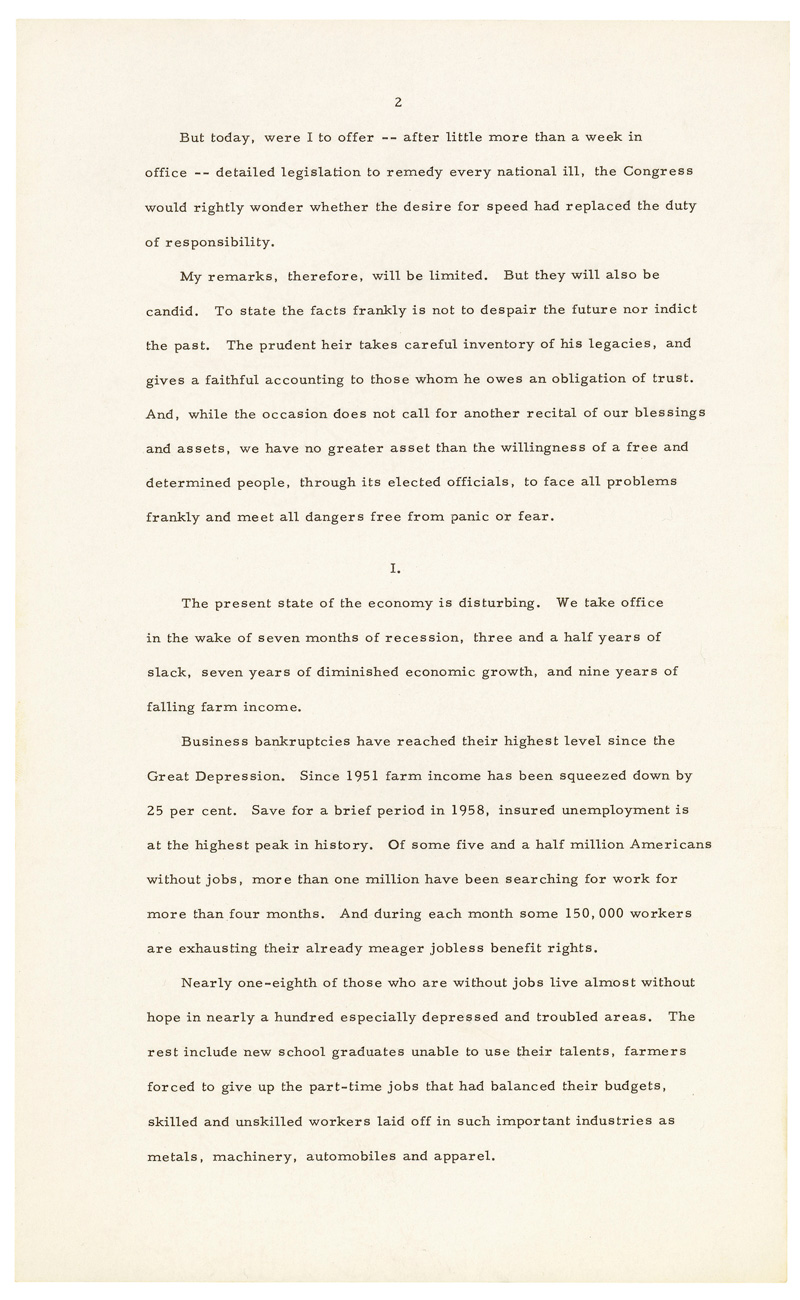 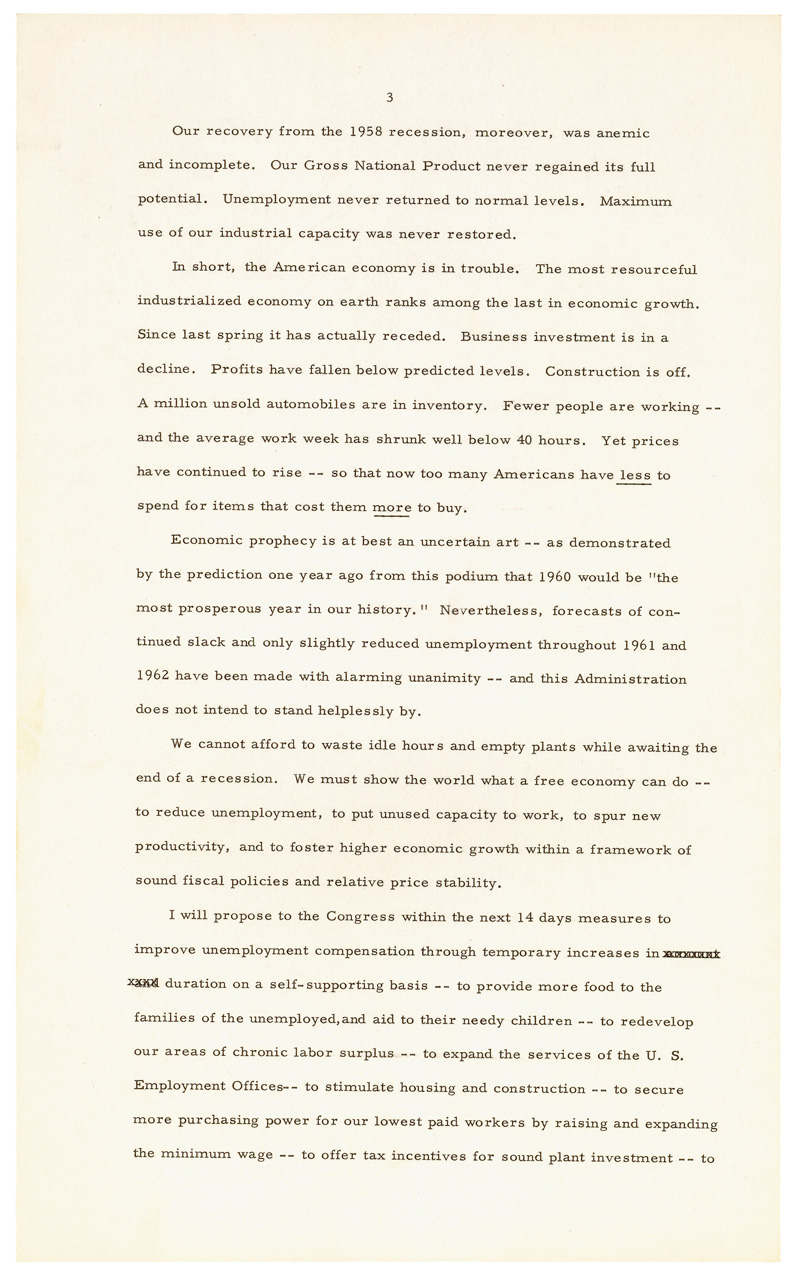 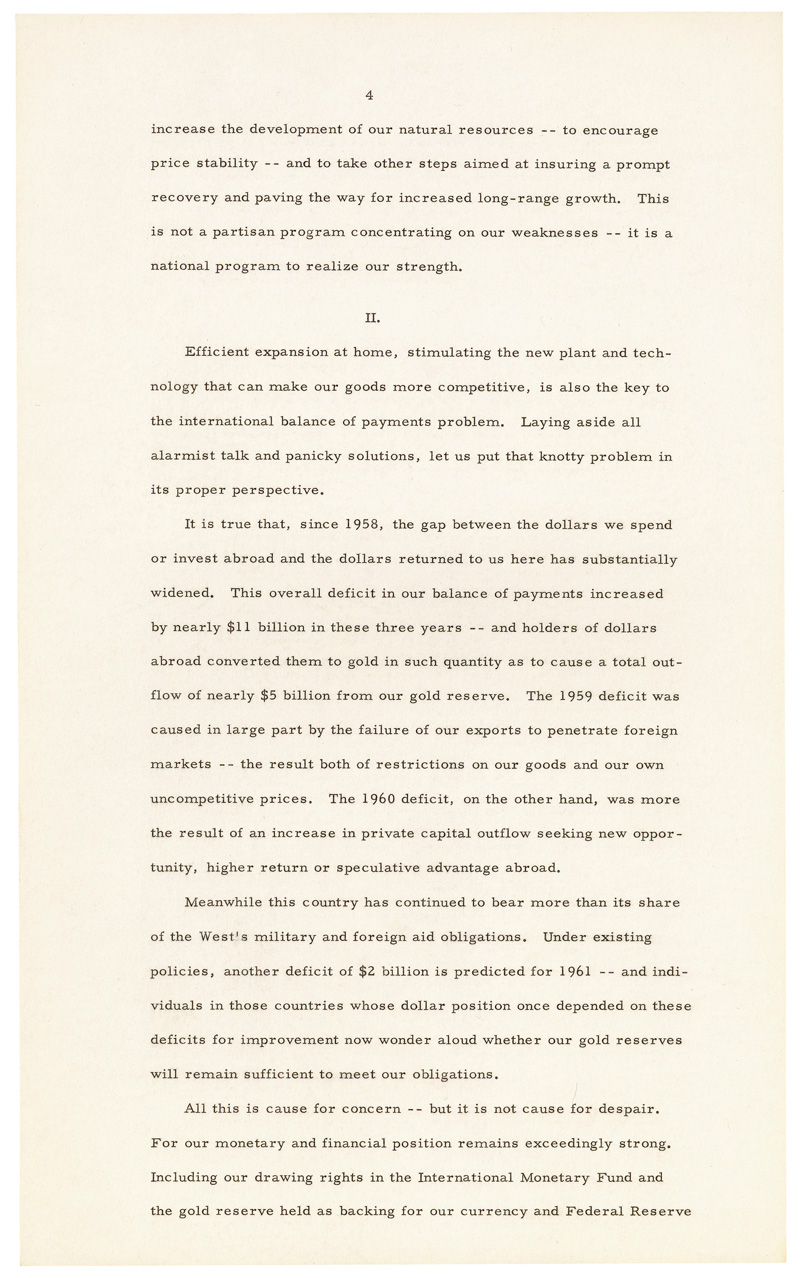 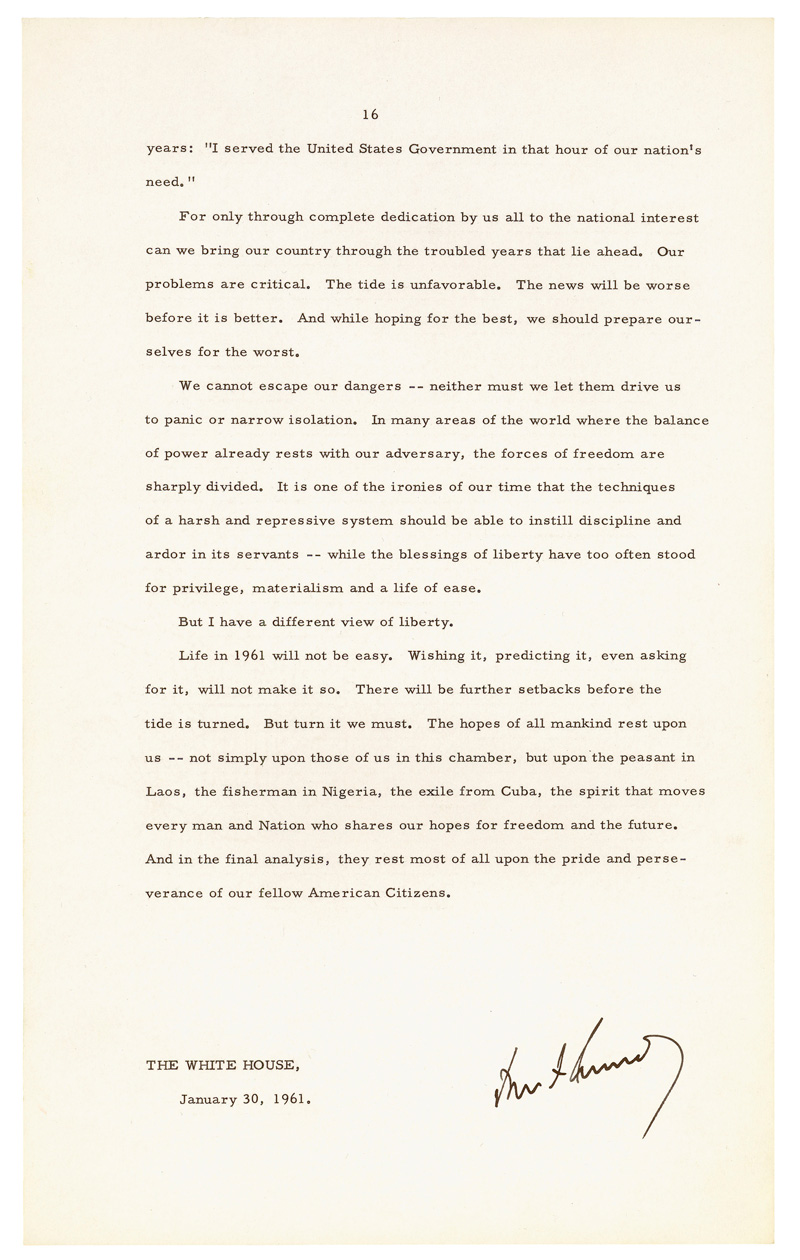 Return to State of the Union Messages