By March 17, 1965, both the House and Senate were working on simultaneous voting rights bills (H.R. 6400 in the House and S. 1564 in the Senate). The House held hearings on March 18, 19, 23-25, 29-31, and April 1. Representative John Conyers, Jr., the only African American serving on the House Judiciary Committee at the time, testified before the committee. This statement was part of his testimony. He said,

Unless we pass a voting rights bill this year which will quickly and finally secure the vote to all Americans regardless of race, I fear the increased feelings of discontent may reach epidemic proportions. 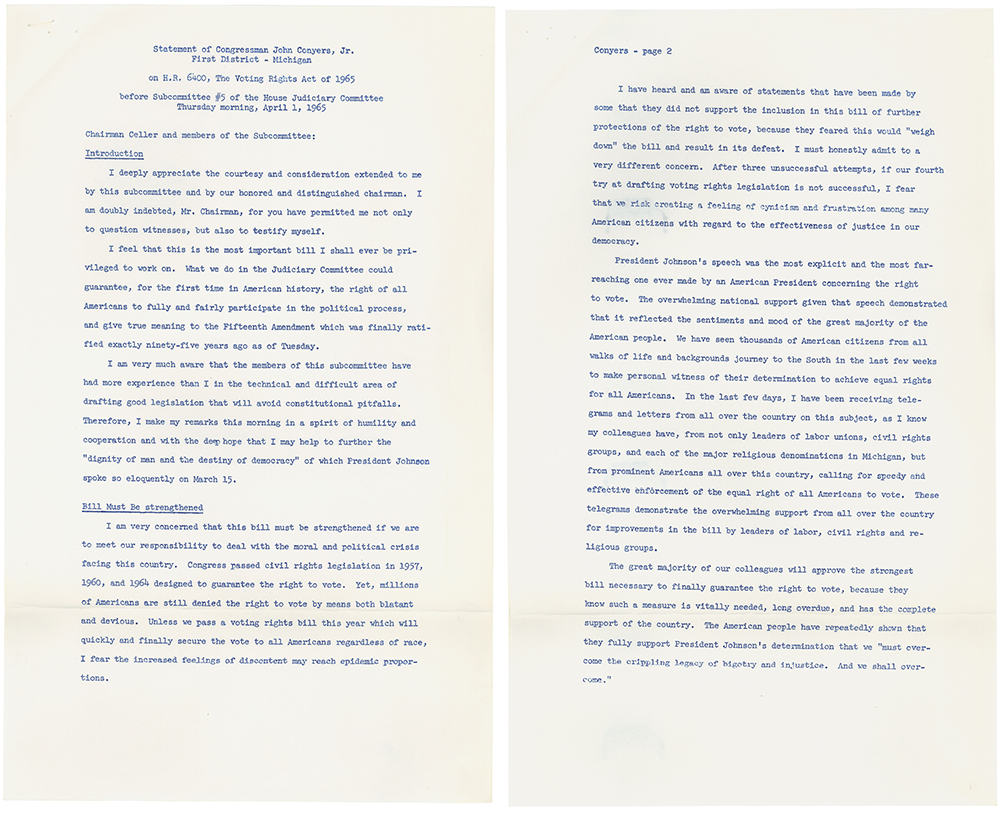