Photograph of the Ruins of the Mt. Pleasant Society Hall in Gluckstadt, Mississippi, August 11, 1964

African Americans in the South faced tremendous obstacles to voting, including poll taxes, literacy tests, and other bureaucratic restrictions to deny them the right to vote. They also risked harassment, intimidation, economic reprisals, and physical violence when they tried to register or vote.

This photograph of a church in Mississippi was taken after it was destroyed by a fire on August 11, 1964. The church housed a CORE (Congress of Racial Equality) Voter School. According to the co-founder and National Director of CORE, James Farmer, this church was one of 38 voter schools in Mississippi bombed or burned in 1964. 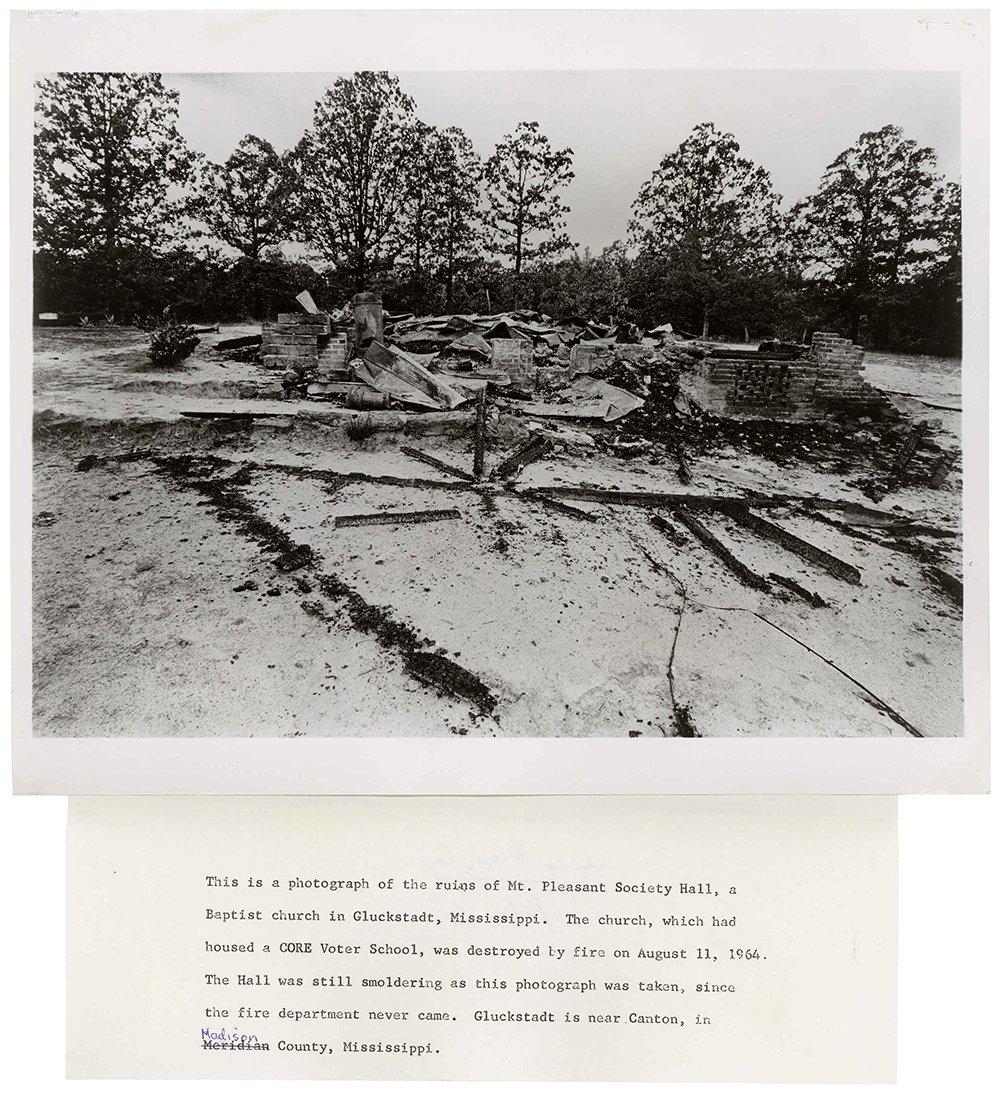 Photograph of the Ruins of the Mt. Pleasant Society Hall in Gluckstadt, Mississippi, August 11, 1964; Records of the U.S. House of Representatives, RG 233.