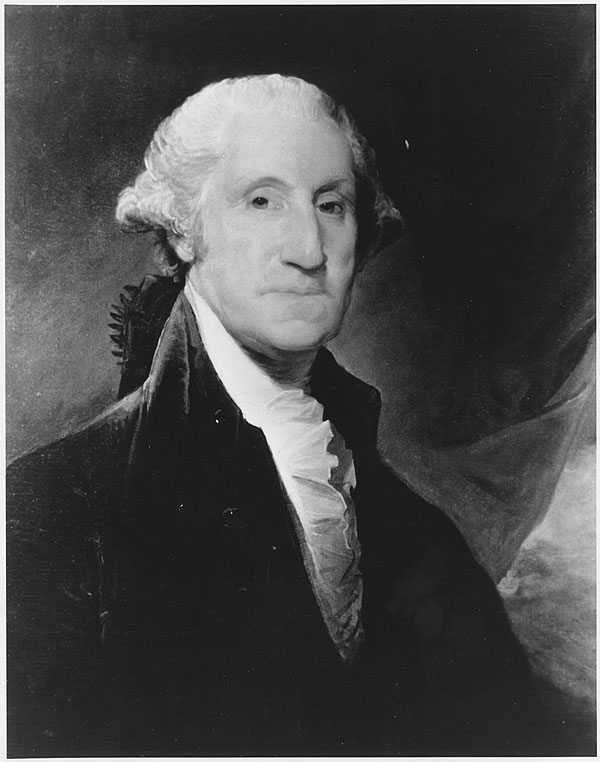 George Washington's Birthday is celebrated as a federal holiday on the third Monday in February. It is one of eleven permanent holidays established by Congress.

Federal holidays apply only to the federal government and the District of Columbia; Congress has never declared a national holiday binding in all states and each state decides its own legal holidays.

George Washington was born in Virginia on February 11, 1731, according to the then-used Julian calendar. In 1752, however, Britain and all its colonies adopted the Gregorian calendar which moved Washington's birthday a year and 11 days to February 22, 1732.

Americans celebrated Washington's Birthday long before Congress declared it a federal holiday. The centennial of his birth prompted festivities nationally and Congress established a Joint Committee to arrange for the occasion.

At the recommendation of the Committee, chaired by Henry Clay of the Senate and Philemon Thomas of the House, Congress adjourned on February 22, 1832 out of respect for Washington's memory and in commemoration of his birth.

Prompted by a memorial from the mayor and other citizens of Philadelphia, the House and Senate commemorated the 130th Anniversary of Washington's birth by reading aloud his Farewell Address.

In a special joint session held in the House Chamber, the House and Senate, along with several cabinet officials, Justices of the Supreme Court and high-ranking officers of the Army and Navy, gathered to listen to the Secretary of State read the address aloud. Eventually, the reading of George Washington's Farewell Address became an annual event for the Senate, a tradition that is still observed to this day.

Washington's Birthday was celebrated on February 22nd until well into the 20th Century. However, in 1968 Congress passed the Monday Holiday Law to "provide uniform annual observances of certain legal public holidays on Mondays." By creating more 3-day weekends, Congress hoped to "bring substantial benefits to both the spiritual and economic life of the Nation."

Contrary to popular belief, neither Congress nor the President has ever stipulated that the name of the holiday observed as Washington's Birthday be changed to "President's Day."

Letter from Chief Justice John Marshall to Henry Clay and Philemon Thomas, regarding the centennial of George Washington s birth, February 4, 1832, RG 128, Records of the Joint Committees of Congress.

Enlarge Download Link
Memorial of the mayor and other citizens of Philadelphia, praying that George Washington s Farewell Address may be read to both houses of Congress and to the army and navy of the United States on the 22d of February, January 31, 1862, RG 46, Records of the United States Senate. 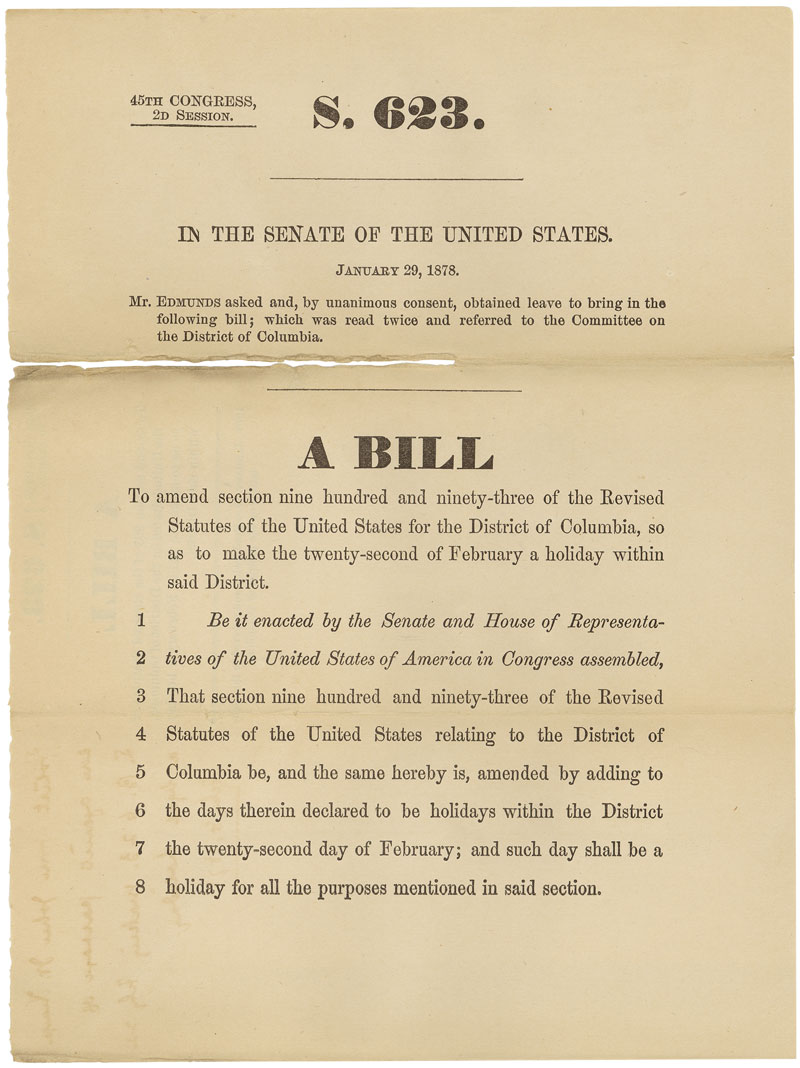 Read more in a Prologue Article: By George, IT IS Washington's Birthday!