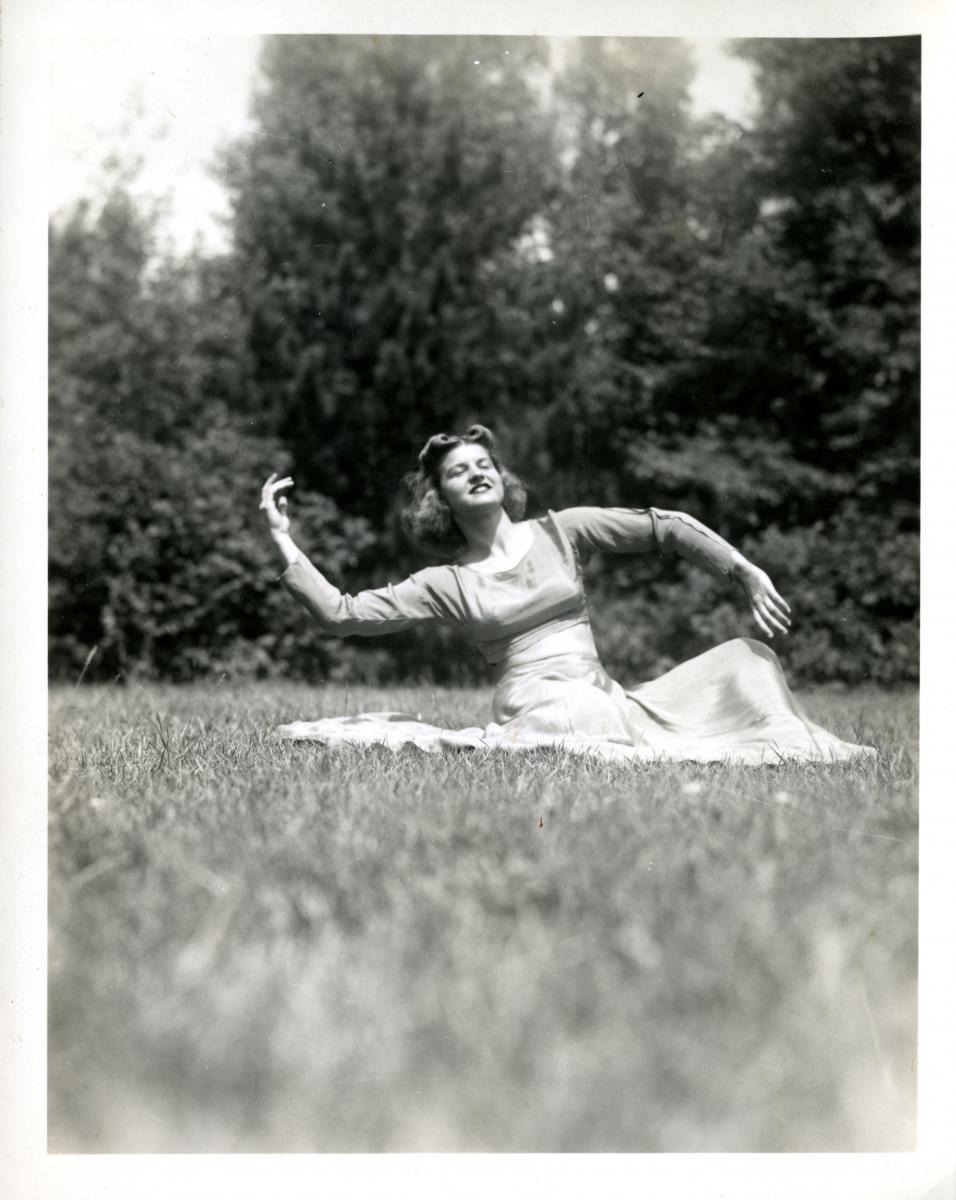 Betty Bloomer dancing at Camp Bryn Afon in Rhinelander, Wisconsin, where she worked as a dance instructor. Ca. 1940.

Elizabeth Anne “Betty” Bloomer was born in Chicago on April 8, 1918 and raised in Grand Rapids, Michigan. She was the third child and only daughter of Hortense Neahr and William Stephenson Bloomer.

Betty developed a passion for dance at an early age. After graduating from high school in 1936 she attended the Bennington School of Dance in Vermont for two summers, where she met choreographer Martha Graham. She briefly continued her studies with Graham in New York City until close family ties took her back to Grand Rapids in 1941.

Betty worked as a fashion coordinator for Herpolsheimer’s, a local department store, and formed her own dance group. In 1942 she married William Warren, but the union did not last and they divorced a few years later.

A friend introduced her to Gerald R. Ford, Jr. in 1947. They married on October 15, 1948, two weeks before Ford was elected to his first term in Congress. Betty quickly assumed the tasks of a congressional spouse, doing volunteer work and providing tours of the Capitol to visiting constituents. She also devoted much of her time to raising their four children: Michael, John, Steven, and Susan.

Betty was thrust into the spotlight when her husband became Vice President in 1973 and then President on August 9, 1974. As First Lady, she became known for her openness and candor. After undergoing a mastectomy in September 1974 she purposefully discussed her breast cancer diagnosis to raise public awareness of screening and treatment options. She also addressed many issues that were important to her, including support for the arts, programs for handicapped children, and women’s rights, particularly the ratification of the Equal Rights Amendment.

After Gerald Ford lost the 1976 election he and Betty moved to Rancho Mirage, California. In 1978, Betty’s prescription drug and alcohol use led to a family intervention and her self-admittance to Long Beach Naval Hospital for treatment. She again spoke openly about her experiences, becoming an active and outspoken champion of improved awareness, education, and treatment for alcohol and other drug dependencies. In 1982 she co-founded the Betty Ford Center, a chemical dependency treatment facility.

Betty Ford received numerous honors in recognition of her advocacy on various topics, including the Presidential Medal of Freedom and the Congressional Gold Medal. She passed away on July 8, 2011.