Arts, Intellectuals, and Entertainment during World War I

The African American community's first major expression of its culture, intelligence, and society happened in the early twentieth century. Most of the activity of the thriving community is usually centralized under the Harlem Renaissance. Starting in the teens and located in the neighborhood of Harlem, Manhattan, New York, the cultural explosion quickly attracted curious onlookers from outside of the community, who would then emulate styles and ways of the Black community, and not for the last time. The World War I era did not only see activity in the New York metropolis. Jazz music was morphing from its origins in New Orleans into new forms in Kansas City, and Washington, DC. Thriving Black business districts popped up in many states including Oklahoma, Florida, and Virginia. The African American intellectual set also flourished out of educational opportunities afforded by land-grant universities and colleges such as the Hampton Institute and Tuskegee University.

Search the Catalog for Records Relating to Arts & Intellectuals

Influential Figures during the World War I Era

William Edward Burghardt Du Bois was a prominent scholar, historian, sociologist, author, and activist during the first half of the 20th century. After earning a Bachelor’s degree at Fisk University, Du Bois went on to become the first African American to earn a doctorate from Harvard University. In 1905, he led the Niagara Movement which worked to oppose racial segregation and disenfranchisement. Stemming from that, Du Bois co-founded the National Association for the Advancement of Colored People (NAACP) in 1909, making significant contributions to the organization through public activism and his role as Editor-in-chief of the organization’s monthly magazine The Crisis. Du Bois is also known for his seminal work The Souls of Black Folk, his strong advocacy for Pan-Africanism, and his fight for the equal education of African Americans.

On December 26, 1908, Johnson fought world champion Tommy Burns, and was declared the winner after a 20 round bout. Seeking a "great white hope" to take the title back from Johnson, former champion John Jeffries came out of retirement to challenge him in what was called the "Fight of the Century." On July 4, 1910, Jack Johnson defeated Jeffries, whose corner had thrown in the towel to stop the punishment. Johnson would lose the world championship after being knocked out in the 26th round by Jess Willard on April 5, 1915.

Throughout his career, Jack Johnson's success made him one of the most recognizable and wealthiest African Americans in the early years of he twentieth century. He faced controversy  in his marital relationships, as he chose to marry white women. In 1912, Johnson was arrested for violating the Mann Act when he traveled across state lines with future wife Lucille Cameron "for immoral purposes." After the original case fell apart, Belle Schreiber, a reported sex worker was brought forward to testify to the same charges. He was convicted and sentenced in 1913, but fled the country. Johnson eventually reported to agents in 1920, and was imprisoned at Leavenworth Penitentiary. In 2018, Jack Johnson was posthumously pardoned by the 45th President of the United States, more than 100 years after his conviction. 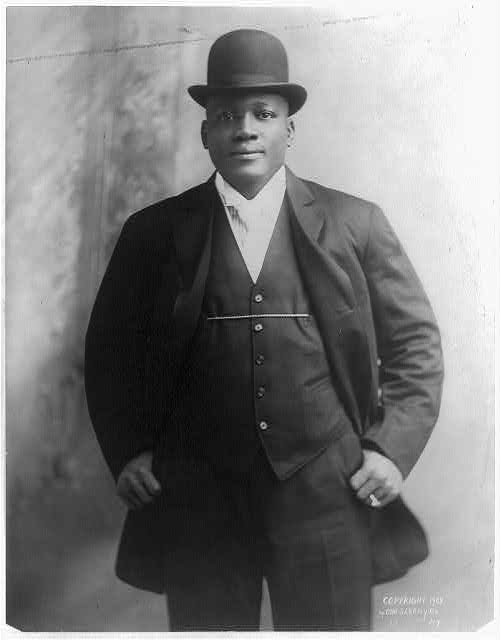 Mary McLeod Bethune was born to formerly enslaved parents in South Carolina in 1875. She received an education at the Scotia Seminary School and started teaching in the 1890s. In 1904, Bethune founded the Daytona Literary and Industrial School for Training Negro Girls, which would merge with the Cookman Institute to become Bethune-Cookman College in 1929.

In 1936, Mary McLeod Bethune became part of Franklin D. Roosevelt's Black Cabinet. She was the highest ranking African American woman in federal government as the Director of Negro Affairs for the National Youth Administration.

Paul Leroy Robeson was an athlete, singer, actor, and civil rights activist. Robeson attended Rutgers University where he was an All-American football player and received a Phi Beta Kappa key. While attending Columbia University Law School, Robeson worked as a professional football player for the Akron Pros. In 1922, Robeson gave up the football and law career to focus on the stage. He landed the lead role in All Gods Chillun Got Wings and began touring around the world. Robeson used his celebrity status to combat racism round the world.

Ida B. Wells-Barnett was an African American journalist, women’s rights advocate, public speaker and anti-lynching crusader. Born into slavery in Holly Springs, Mississippi, in 1862, Wells-Barnett made it her life’s mission to combat any and all forms of racial discrimination against African Americans. She became a fierce challenger of Jim Crow in the 1880s, after being forced off a train for refusing to sit in the railroad car designated for African Americans. In the 1890s, Wells-Barnett became one of the country’s leading anti-lynching champions and used her position as a member of the Black press to illuminate grievances related to racial injustice. 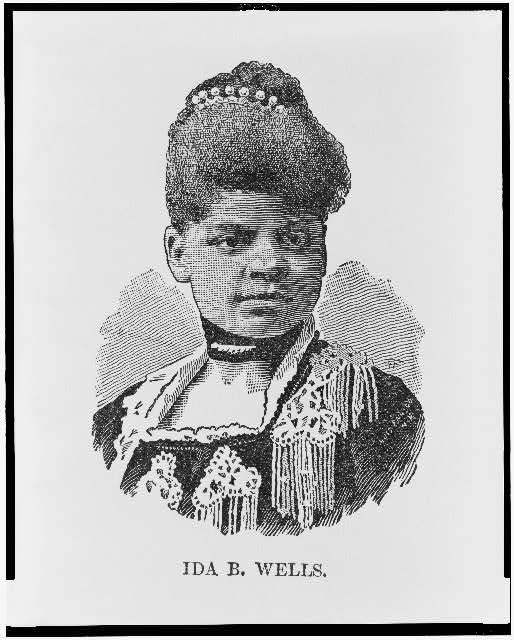 Portrait of Ida B. Wells (Library of Congress)

Booker T. Washington was a notable educator, orator, and early African American advisor to Presidents of the United States at the turn of the twentieth century. He was born into slavery in 1856, and after Emancipation was brought up in West Virginia.

At the age of 25, Booker T. Washington was recommended to become the first leader of the soon to open Tuskegee Institute in 1881. Under Washington's leadership, the school turned out many graduates that were trained in manual and domestic labor as well as academic scholars.

In 1895, Washington delivered what is known as the Atlanta Compromise - an agreement between leaders of the Black community and Southern whites in which Blacks would not engage in seeking out basic civil rights, including voting, in return for basic free education and due process of the law. In the speech, he recited the line "separate as the fingers, yet one as the hand," alluding to the accommodationism Washington supported.