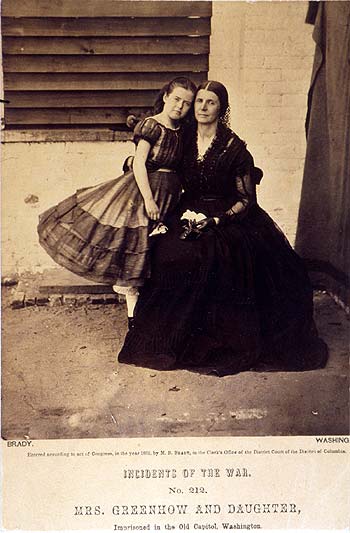 Search Tips: To see thumbnails of the digital copies, click Refine Search and check the Descriptions of Archival Materials linked to digital copies box. To see a biographical note about Rose O'Neal Greenhow, click on her name where you see it hyperlinked in a catalog description. 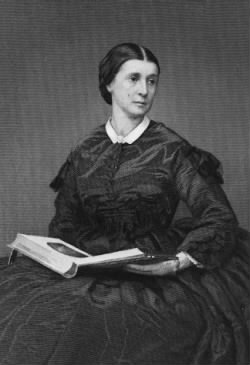 As a young woman in the nation's capital, Rose O'Neal Greenhow befriended many influential politicians, including President James Buchanan and South Carolina Senator John C. Calhoun. Calhoun played a role in shaping Greenhow's dedication to the South. In 1835, she married Dr. Robert Greenhow, and in 1854, she became a widow.

During the Civil War, Greenhow wrote ciphered (secret code) messages to the Confederates and provided information about Union military plans. Confederate President Jefferson Davis credited her with helping the South win the First Battle of Bull Run. Greenhow provided a message about the Union troop's movements in time for Brigadier Generals Beauregard and Johnston to meet at Manassas, Virginia. A young woman working with Greenhow named Betty Duvall carried the message wrapped in a tiny black silk purse and wound up in a bun of her hair.

Head of U.S. Intelligence Service Allan Pinkerton observed Rose Greenhow as part of his counterintelligence activities and found sufficient evidence to place her under house arrest. Greenhow claimed she knew she was under surveillance but had defiantly continued her spying activities. Pinkerton and his men searched Greenhow's home and seized documents including letters, maps, notes, ciphered messages, and burnt papers that Rose had tried to destroy in her stove.

After a period under house arrest, Greenhow was transferred to Old Capitol Prison where she continued to send encoded messages and collect secret information. Her daughter, Little Rose, stayed with her in prison, and a photographer from Mathew Brady's studio photographed the mother and daughter together.

After her hearing, she was deported to Richmond, Virginia, in May 1862. Jefferson Davis sent her on a diplomatic mission to Europe in 1863. While in Europe Greenhow published a memoir, My Imprisonment and the First Year of Abolition Rule at Washington. On her return trip to the South on October 1, 1864, the blockade runner the Condor encountered Northern forces and ran aground. Rose Greenhow tried to escape in a rowboat, but it turned over and she drowned.

What are people asking on History Hub about Civil War records?