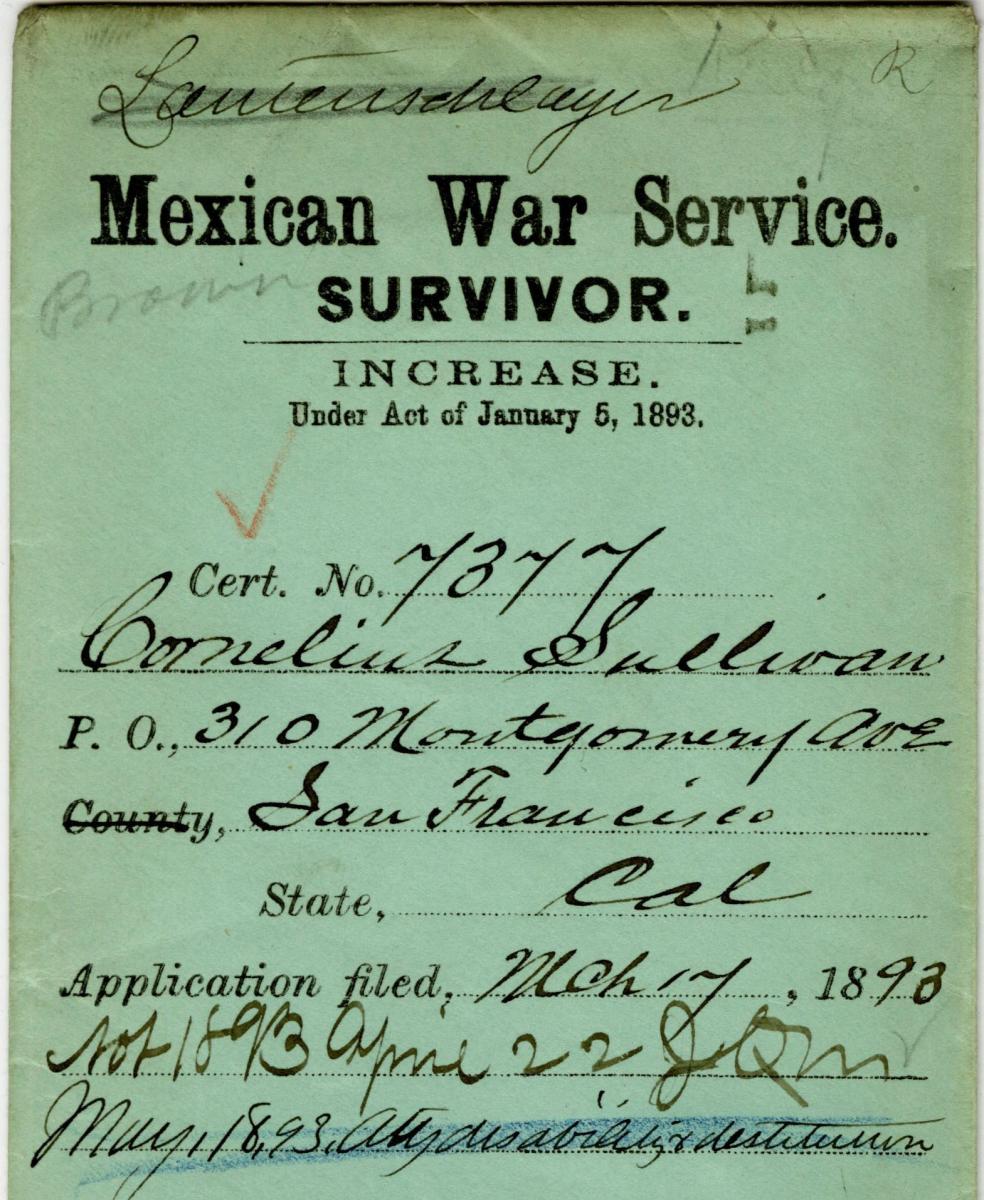 Scan your Mexican War records in our DC Scanning Room!

Index to Pension Application Files of Remarried Widows Based on Service in the War of 1812, Indian Wars, Mexican War, and Regular Army before 1861, (Microfilm Roll #M1784, Record Group 15)

"Monuments, Manifest Destiny, and Mexico"
Michael Dear's article which tells the story of the survey of the U.S.-Mexico border following the 1848 Treaty of Guadalupe Hidalgo. From NARA's publication Prologue.

Treaty of Guadalupe-Hidalgo
Digitized version of the original document that ended the Mexican-American War.

The Treaty of Guadalupe Hidalgo
A Teaching with Documents lesson plan about the treaty that ended the Mexican-American War.

A Continent Divided: The U.S.-Mexican War
A web site created by a collaboration between the Center for Greater Southwestern Studies and the Library at the University of Texas at Arlington for both scholars and teachers.

Mexican War
The Texas State Historical Association offers this chapter from The Handbook of Texas.

Mexican War Dead or Veterans
From the American Battle Monuments Commission, this site remembers soldiers from the Mexican War who are buried in the Mexico City National Cemetery.

U.S.-Mexican War (1846-1848)
This PBS site chronicles the events of the border disputes through multiple points of view to provide an enlightened perspective on the subject. Includes histories, articles, essays, a timeline, and a moderated discussion area for visitors.

U.S.-Mexican War
A site rich in the history of the war, by the Descendants of Mexican War Veterans. Read battle plans and orders, peruse letters, and see images of the war and veterans.