During World Wars I and II, the U.S. military needed to encrypt communications from enemy intelligence. American Indians had their own languages and dialects that few outside their tribes understood; therefore, their languages were ideal encryption mechanisms. Over the course of both wars, the Army and the Marine Corps recruited hundreds of American Indians to become Code Talkers. Records at the National Archives document the origins of this program and the group’s wartime contributions.

Leaders of the 142nd turned to American Indian soldiers in the regiment for help. They selected two Choctaw officers to supervise a communications system staffed by eighteen other tribal members. This team began transmitting battle messages in the Choctaw language. The enemy never broke their “code,” and Allied leaders deemed their efforts a success.

For the remainder of the war, the Army continued to enlist soldiers from other tribes as Code Talkers, including the Cheyenne, Comanche, Cherokee, Osage, and Yankton Sioux.

When the U.S. entered World War II, military leaders remembered the success of the Choctaw Code Talkers and enlisted new recruits from the Navajo, Kiowa, Hopi, Creek, Seminole, and other tribes to encrypt messages for the Army and Marine Corps.

Just for Educators: Lesson Plan to teach about the enlistment of Navajo Indains as Code Talkers during WWII 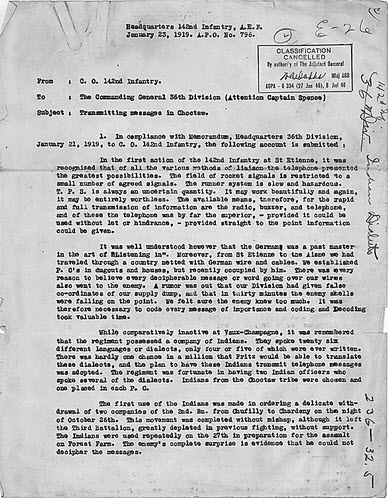 Letter from the Commanding Officer of the 142nd Infantry to the Commanding General of the 36th Division, stating how messages would be transmitted during World War I in Choctaw as the enemy could not decipher the messages. , 01/23/1919 - 01/23/1919 National Archives Identifier: 301642 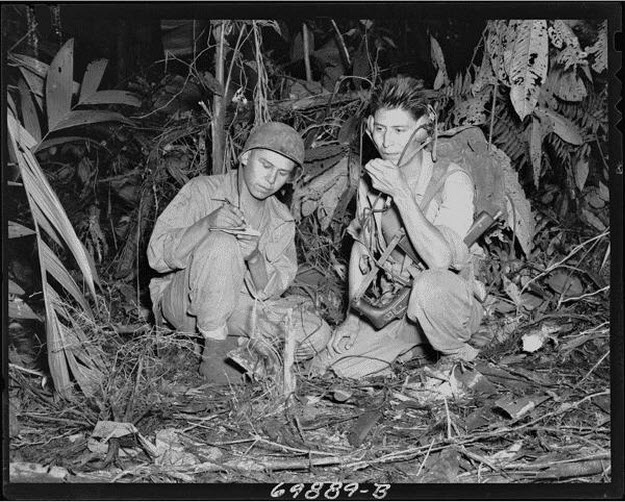