During his life, Franklin had many careers including service as a diplomat, a printer, a writer, an inventor, a scientist, a lawmaker, and a postmaster, among others. In his later years he became vocal as an abolitionist and in 1787 began to serve as President of the Pennsylvania Society for Promoting the Abolition of Slavery. The Society was originally formed April 14, 1775, in Philadelphia, as The Society for the Relief of Free Negroes Unlawfully Held in Bondage; it was reorganized in 1784 and again in 1787, and then incorporated by the state of Pennsylvania in 1789. The Society not only advocated the abolition of slavery, but made efforts to integrate freed slaves into American society.

Franklin did not publicly speak out against slavery until very late in his life. As a young man he owned slaves, and he carried advertisements for the sale of slaves in his newspaper, the Pennsylvania Gazette. At the same time, however, he published numerous Quaker pamphlets against slavery and condemned the practice of slavery in his private correspondence. It was after the ratification of the United States Constitution that he became an outspoken opponent of slavery. In 1789 he wrote and published several essays supporting the abolition of slavery and his last public act was to send to Congress a petition on behalf of the Society asking for the abolition of slavery and an end to the slave trade. The petition, signed on February 3, 1790, asked the first Congress, then meeting in New York City, to "devise means for removing the Inconsistency from the Character of the American People," and to "promote mercy and justice toward this distressed Race."

The petition was introduced to the House on February 12 and to the Senate on February 15, 1790. It was immediately denounced by pro-slavery congressmen and sparked a heated debate in both the House and the Senate. The Senate took no action on the petition, and the House referred it to a select committee for further consideration. The committee reported on March 5, 1790 claiming that the Constitution restrains Congress from prohibiting the importation or emancipation of slaves until 1808 and then tabled the petition. On April 17, 1790, just two months later, Franklin died in Philadelphia at the age of 84. 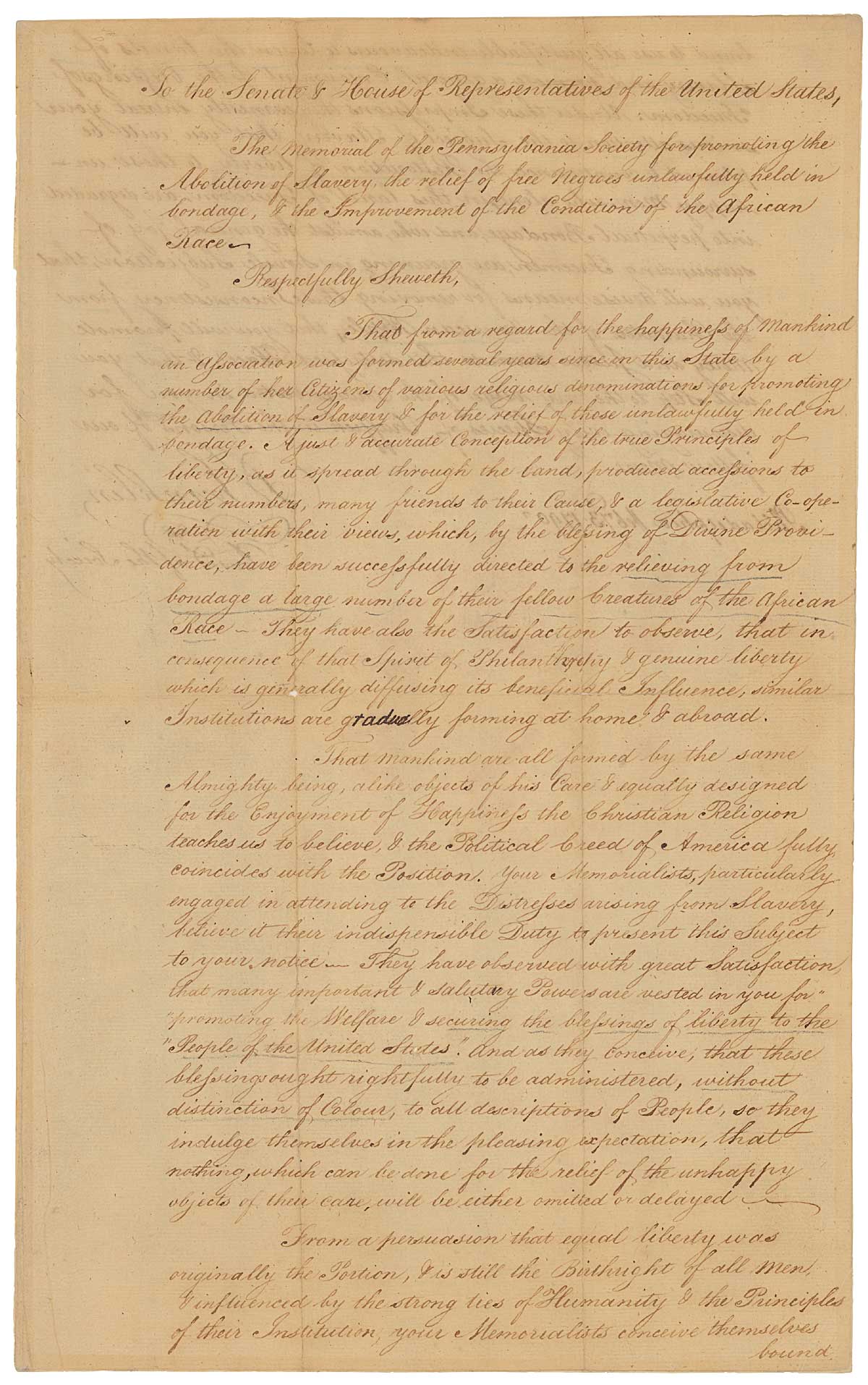 Petition from the Pennsylvania Society for Promoting the Abolition of Slavery to Vice President John Adams signed by Benjamin Franklin (front), February 3, 1790; Records of the U.S. Senate, RG 46. 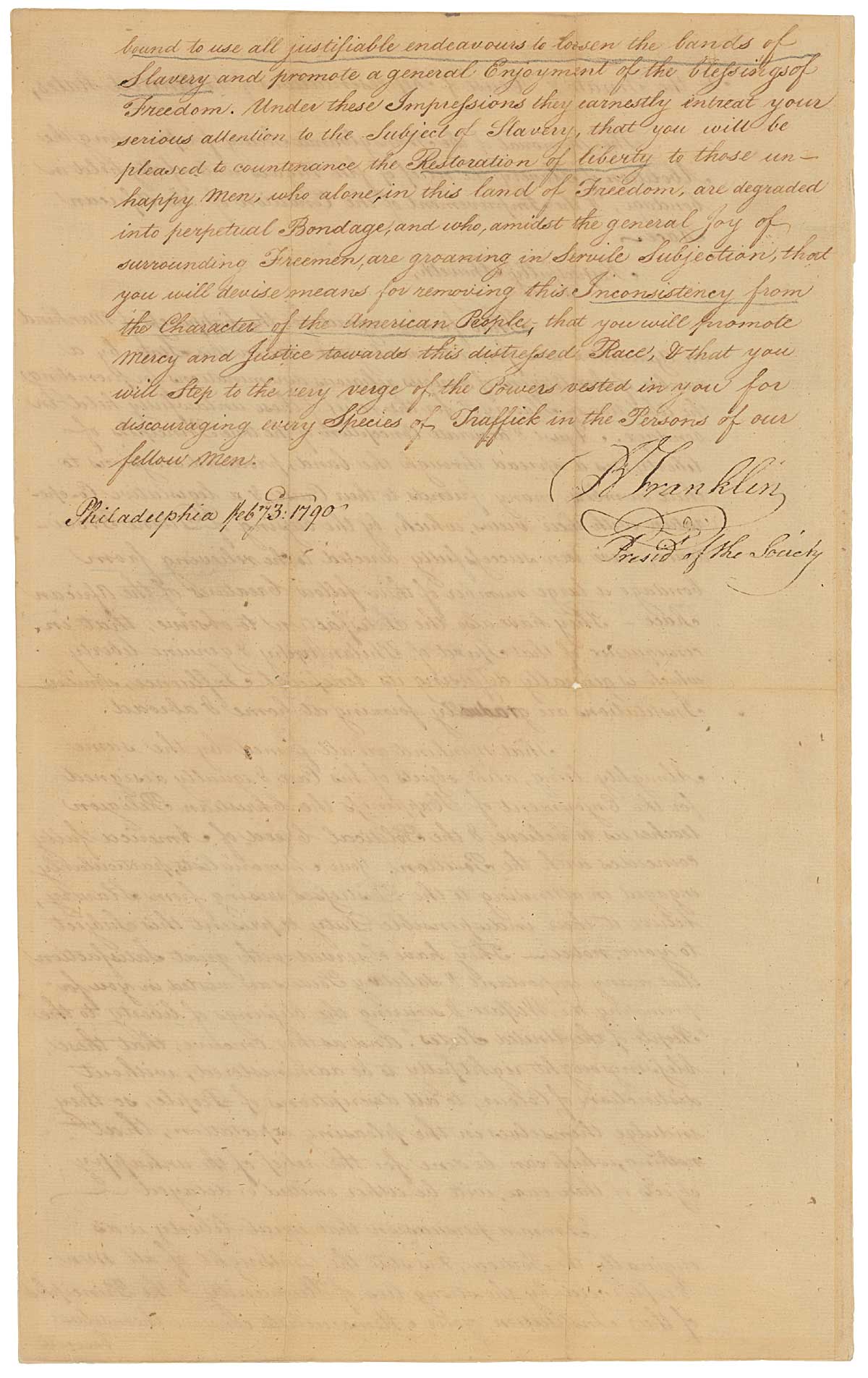 Petition from the Pennsylvania Society for Promoting the Abolition of Slavery to Vice President John Adams signed by Benjamin Franklin (back), February 3, 1790; Records of the U.S. Senate, RG 46.