The notion that the United States government should give free land titles to settlers to encourage westward expansion became popular in the 1850s. During that time the U.S. House of Representatives passed numerous homestead bills but southern opposition in the Senate prevented enactment. In 1860, during the 36th Congress, the Senate narrowly passed a homestead act but President James Buchanan vetoed it and the Senate failed its override attempt.

When the 37th Congress convened for its brief summer session in 1861, now without members from seceded states, it was preoccupied with Civil War-related legislation. The House took up briefly the homestead issue in December but postponed further consideration of it until the following February. The House finally passed the Homestead Act on February 28, 1862 by the large margin of 107 to 16. The act worked its way through the Senate until May 6, 1862 when it passed easily by a vote of 33 to 7. After a few minor changes in conference committee—which both houses agreed to without controversy—Congress sent the final legislation to President Abraham Lincoln who signed the act into law on May 20, 1862.

The Homestead Act encouraged western migration by providing settlers with 160 acres of land in exchange for a nominal filing fee. Among its provisions was a five-year requirement of continuous residence before receiving the title to the land and the settlers had to be, or in the process of becoming, U.S. citizens. Through 1986, when the last claim was made in Alaska, the Homestead Act distributed 270 million acres of land in the United States making it arguably one of the most far-reaching pieces of legislation in American history. 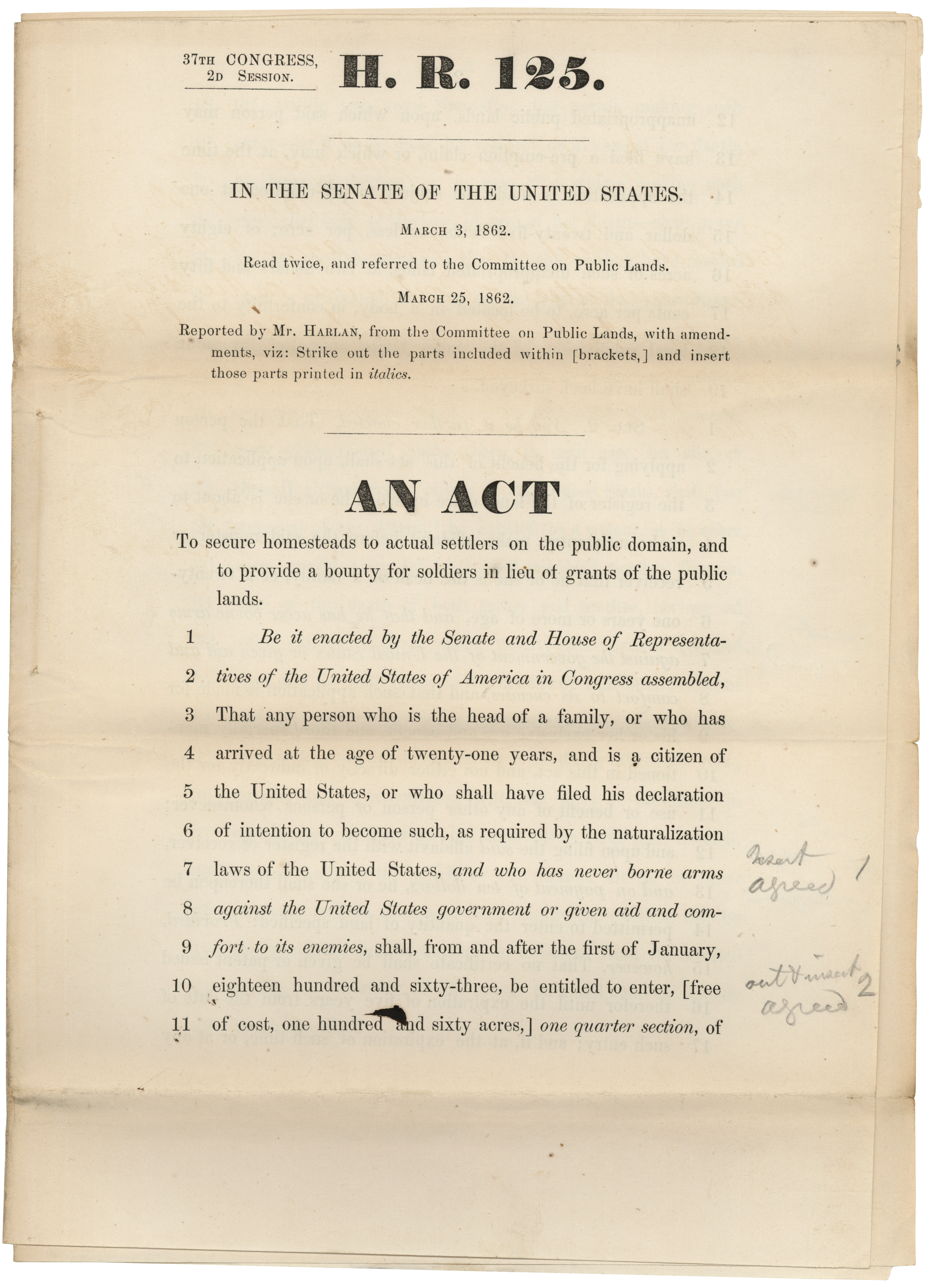 If you have problems viewing these images please contact legislative.archives@nara.gov.