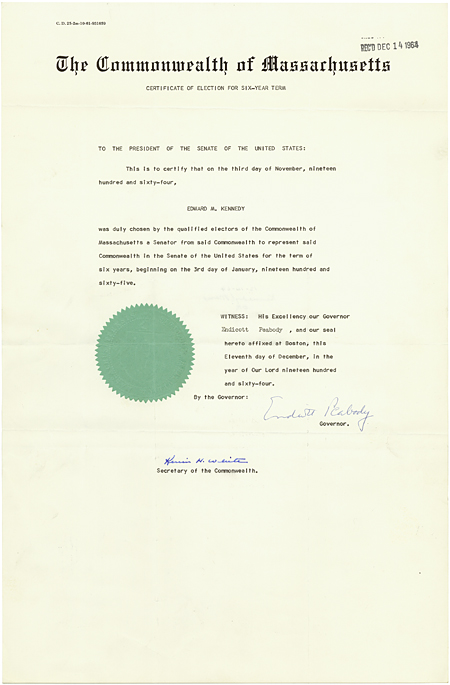 In 1964 Ted Kennedy was elected by the voters of Massachusetts to his own term in the U.S. Senate. Since then Kennedy was reelected seven more times and served until his death in 2009.