After some debate, the House and Senate passed an act approving Louisiana's statehood. President James Madison signed the legislation on April 8, 1812 which designated April 30, 1812 as the day of formal admission into the Union. April 30 was significant: on that day in 1803 Robert Livingston and James Monroe signed the Louisiana Purchase Treaty and Conventions in Paris, France. Interestingly there is a printing error on this copy of the bill—the bill number was H.R. 88, not 87 as is printed at the top of the document. 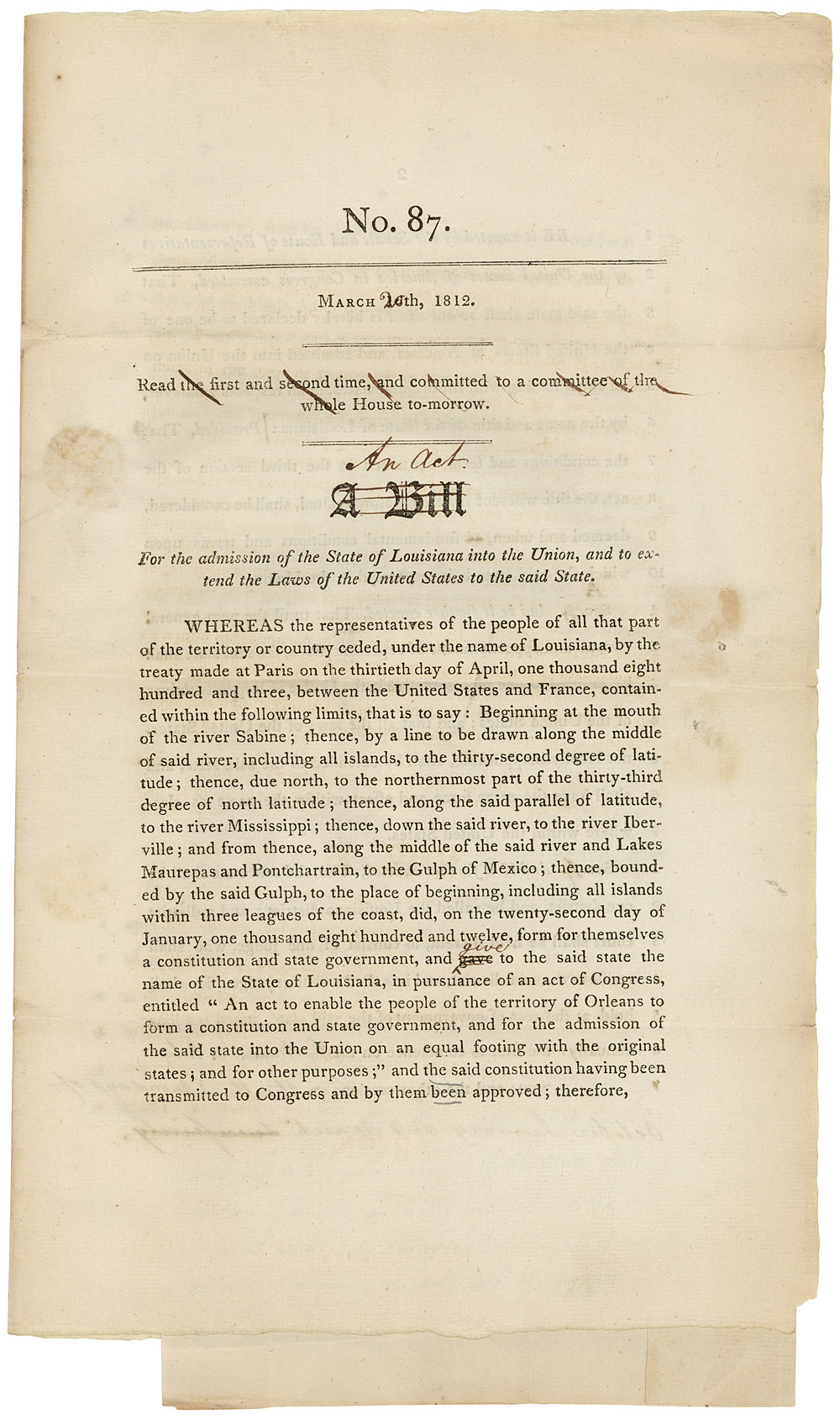 H.R. 88, An act for the admission of the State of Louisiana into the Union, and to extend the Laws of the United States to the said State, as passed by the House of Representatives on March 20, 1812; Records of the U. S. Senate, RG 46