On June 11, 1963 President Kennedy gave a Civil Rights Address to the American public over television and radio. In the address, made in response to the National Guard enforced desegregation of the University of Alabama, Kennedy promised to officially ask Congress for legislation to end segregation in all public facilities. The resulting message to Congress on June 19 specifically emphasizes the threat that segregation and racial violence plays to America’s moral standing. The U.S. had just begun sending troops to Vietnam at this time and Kennedy and his speechwriter Ted Sorenson undoubtedly chose this emphasis with the Cold War and international relations in mind as much as domestic affairs. 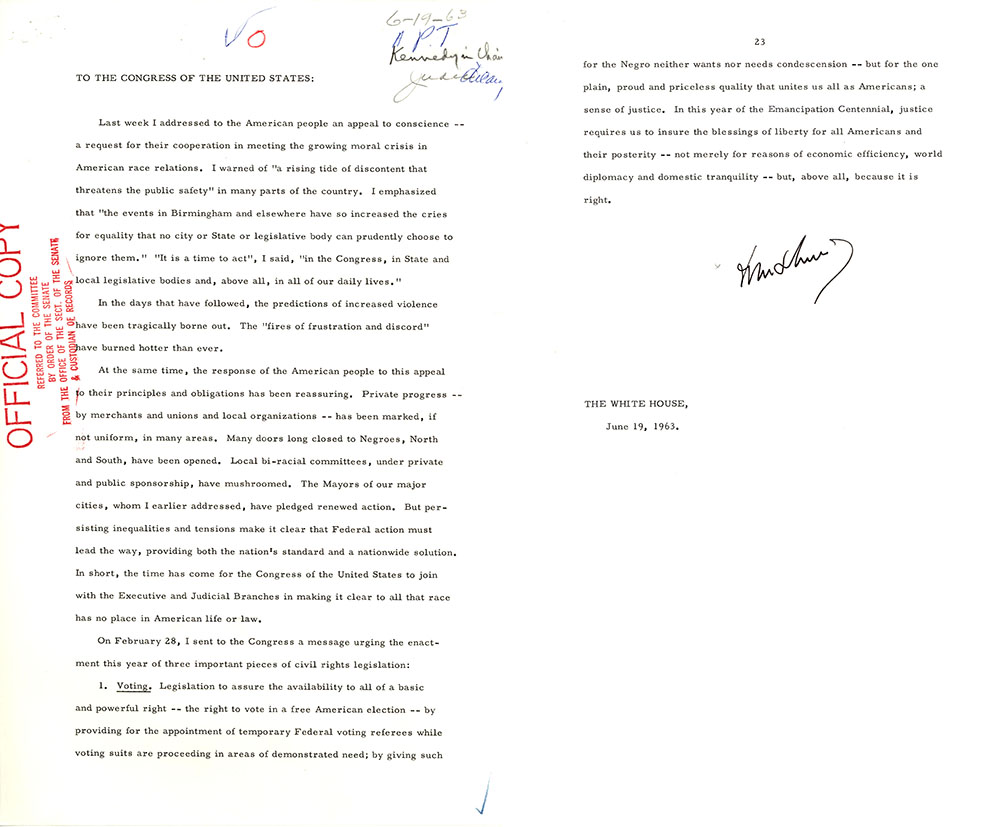