On June 19, Senate Majority Leader Mike Mansfield (D-MT) introduced S.1731, a version of what would become the Civil Rights Act of 1964, while Representative Emanuel Celler (D-NY) introduced a companion bill, H.R. 7132, in the House. The front page of S. 1731 shows the overwhelming support of nearly 46 early committed sponsors. However, it was H.R. 7132 that passed the House and later the Senate to become the Civil Rights Act of 1964. 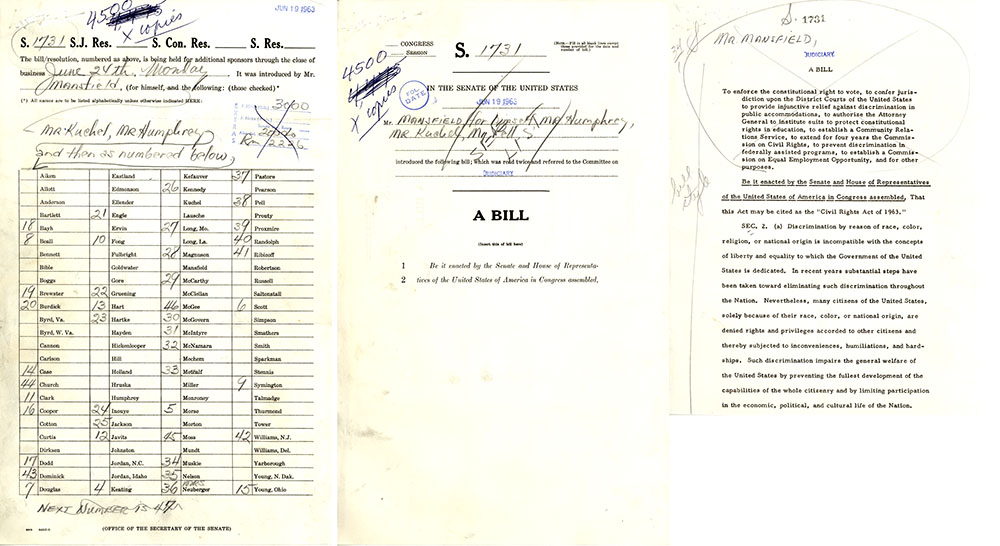