In this letter to the Chairman of the House Judiciary Committee Emanuel Celler, Mr. Willmarth defends the marchers’ “constitutional right to come to Washington to impress upon the legislators their feelings.” 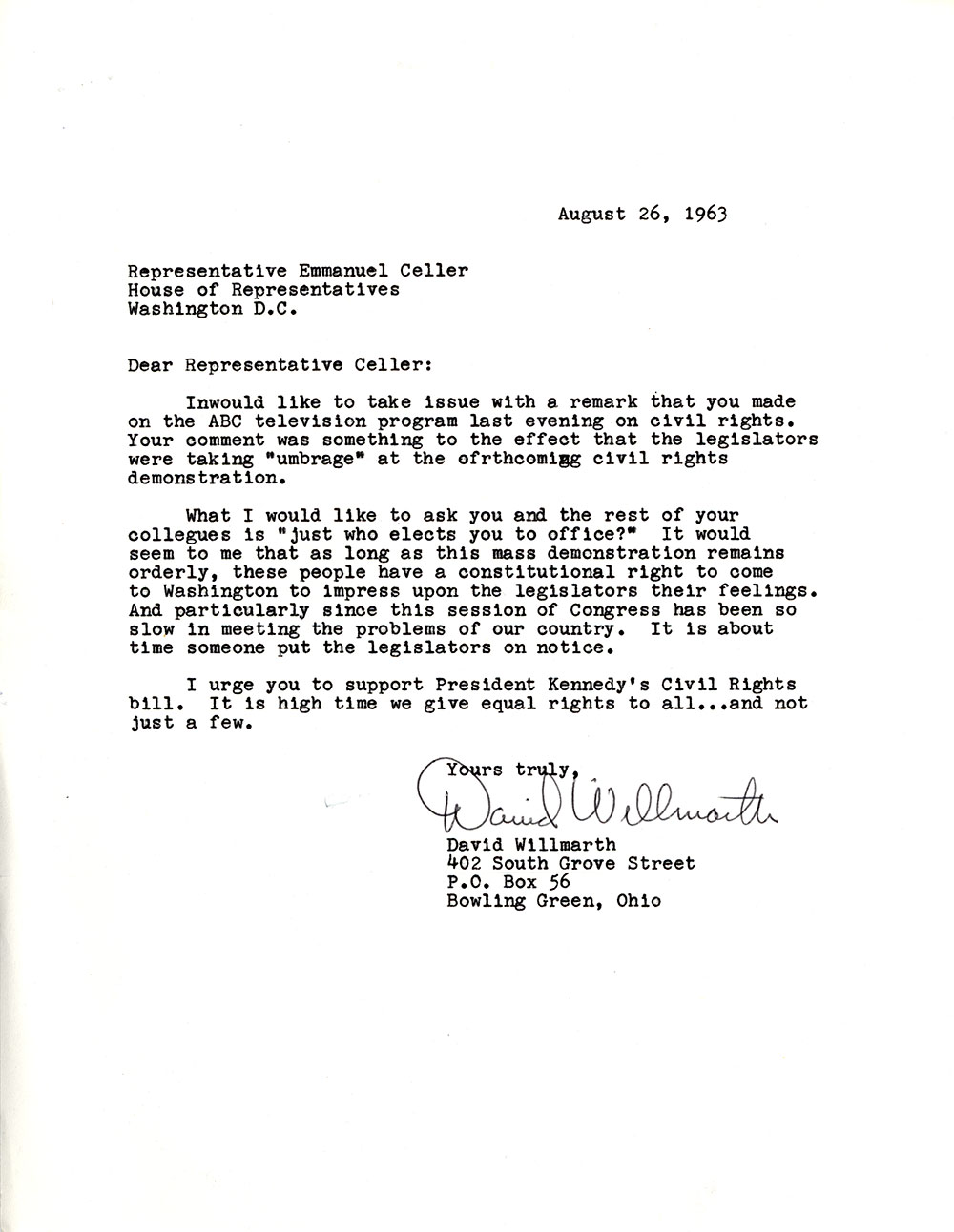