Congress received hundreds of letters from concerned citizens both for and against the Voting Rights Act. Mrs. E. Jackson wrote to the Chairman of the House Judiciary Committee, Emanuel Celler, the day after Bloody Sunday in Selma, Alabama. She was reacting to scenes of police brutality during a voting rights march that many Americans witnessed on television news programs. The interlined handwriting in pencil is likely that of Chairman Celler, who was Mrs. Jackson's representative in Congress and an active supporter of voting rights legislation in the House. 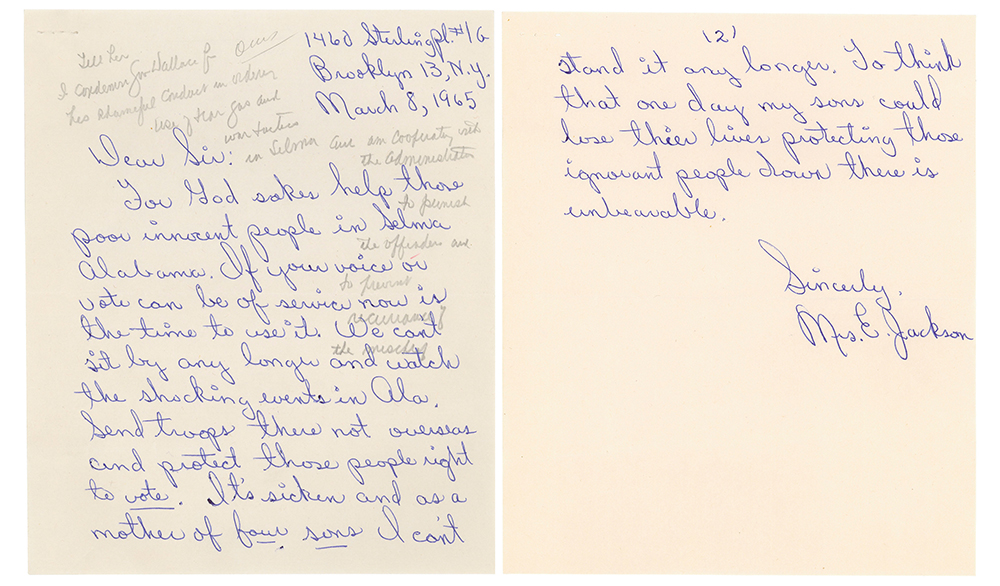