Mr. George Neu also felt compelled to write to Chairman Celler to express his views. He argued that the bill as proposed would allow the federal government to enter where it had no constitutional right and that 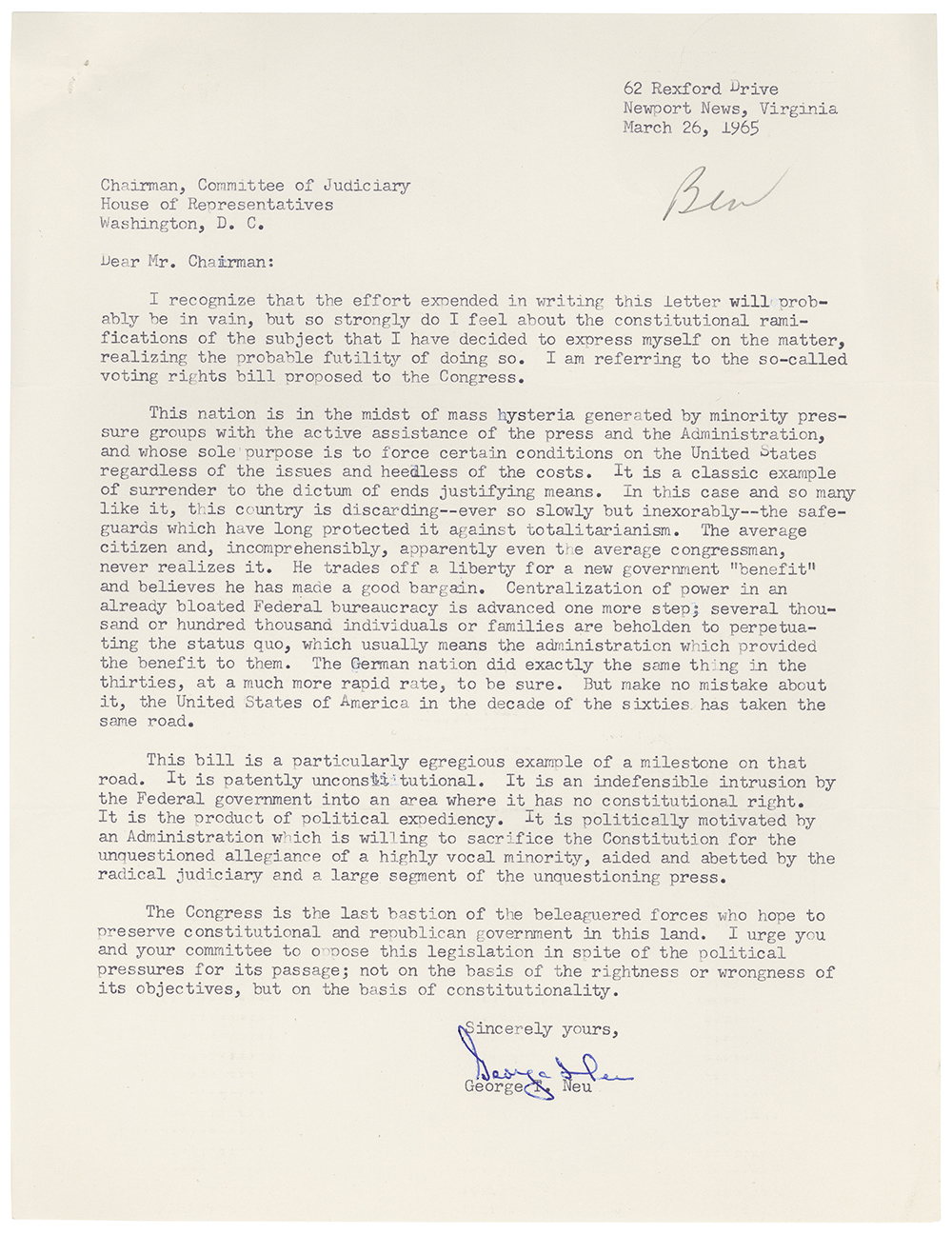