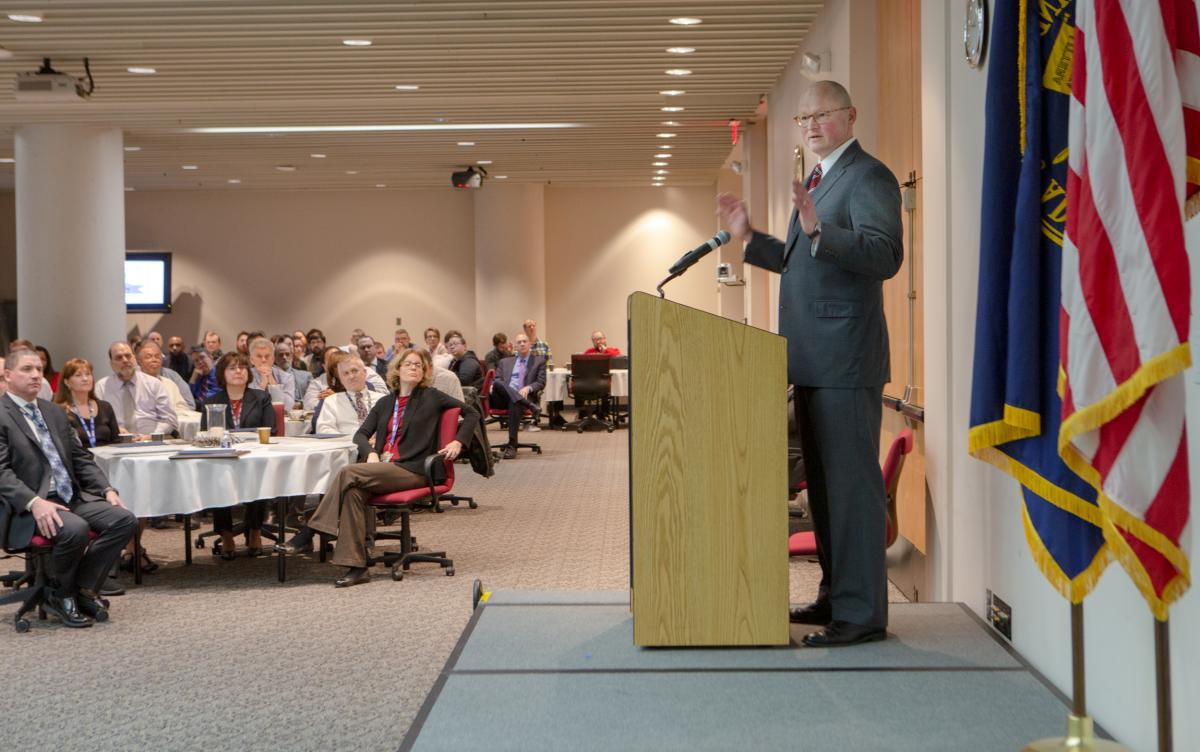 “The NDC plays a significant role in the National Archives’ mission and to our nation,” said Jay Trainer, Executive for Agency Services. “Our staff’s hard work and dedication towards NDC’s mission of declassification processes creates transparency of American government and builds trust with the American people.”

For over a decade, the NDC has been working to achieve one of NARA’s strategic goals by making access happen through the declassification processes. The NDC’s motto is Releasing What We Can, Protecting What We Must.

“Without the NDC, most classified documents in NARA’s holdings would not be accessible to the public,” said William P. Fischer, Director of the National Declassification Center.

“Fulfilling our mission would not be possible if it were not for partner agencies,” Fischer said. “Our organization would like to honor the contributions and commitment these agencies have demonstrated to the declassification mission that serves the American people.”

The NDC was established by Archivist David S. Ferriero, in accordance with Executive Order 13526, on December 30, 2009. The executive order established the NDC to streamline declassification processes, facilitate quality-assurance measures, and implement standardized training regarding the declassification of records determined to have permanent historical value.

Notable past projects include the declassification of selected records concerning the Iran Hostage Crisis from 1979–1981, treasures from World War II U.S. Navy command files, and records relating to human rights abuses in Argentina.