“The Apollo-Soyuz Flight was an encouraging reminder that — in an atmosphere of mutual trust and respect — men from different countries and different systems can work together for a common goal with courage, intelligence and success . . . . If we can bring the spirit of Apollo-Soyuz to bear on the many challenges mankind faces here on Earth, the future for all of us will be brighter.”

President Gerald R. Ford
Remarks at the Awarding of the NASA Distinguished Service Medal to Americans Participating in the Apollo-Soyuz Test Project
August 9, 1975. 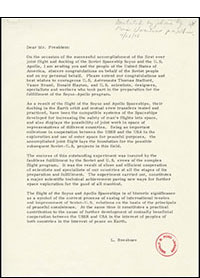 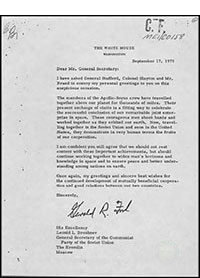 (Left) Leonid Brezhnev's letter of July 25, 1975 noted that “the flight of the Soyuz and Apollo Spaceships” was a “symbol of the current process of easing of international tension and improvement of Soviet-U. S. relations on the basis of . . . . peaceful coexistence.”

(Right) President Ford’s letter to Brezhnev of September 17, 1975 was delivered by the Apollo crew during their visit to the Soviet Union. Ford said of the astronauts and cosmonauts, “these courageous men... demonstrate in very human terms the fruits of our cooperation.” 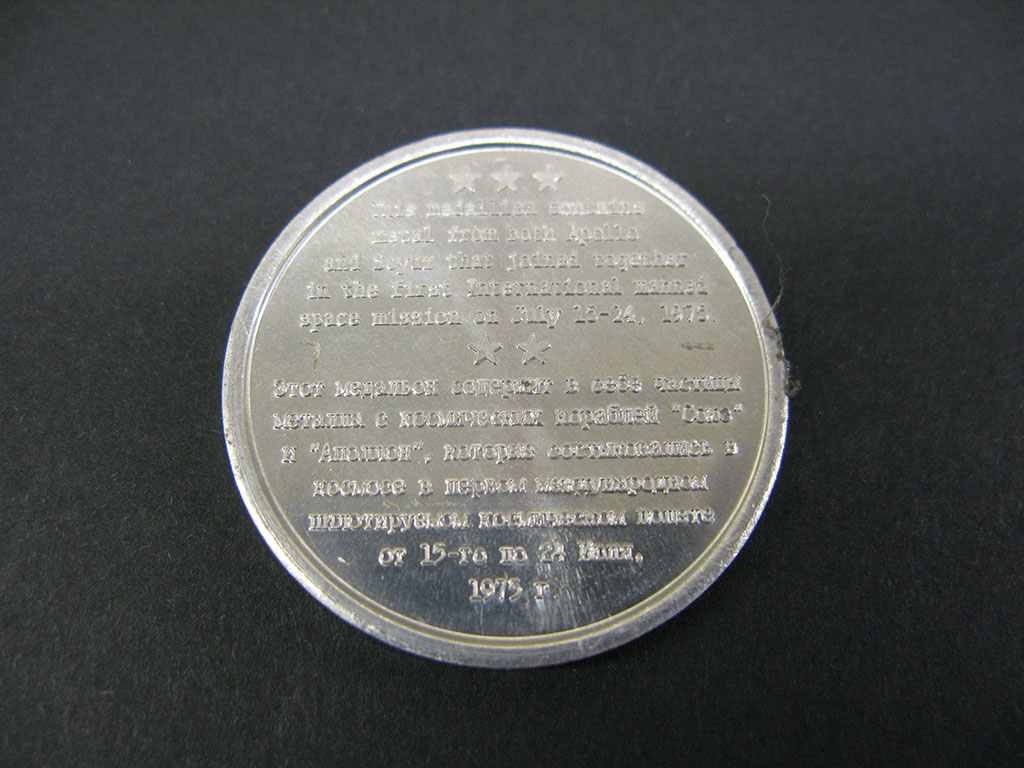 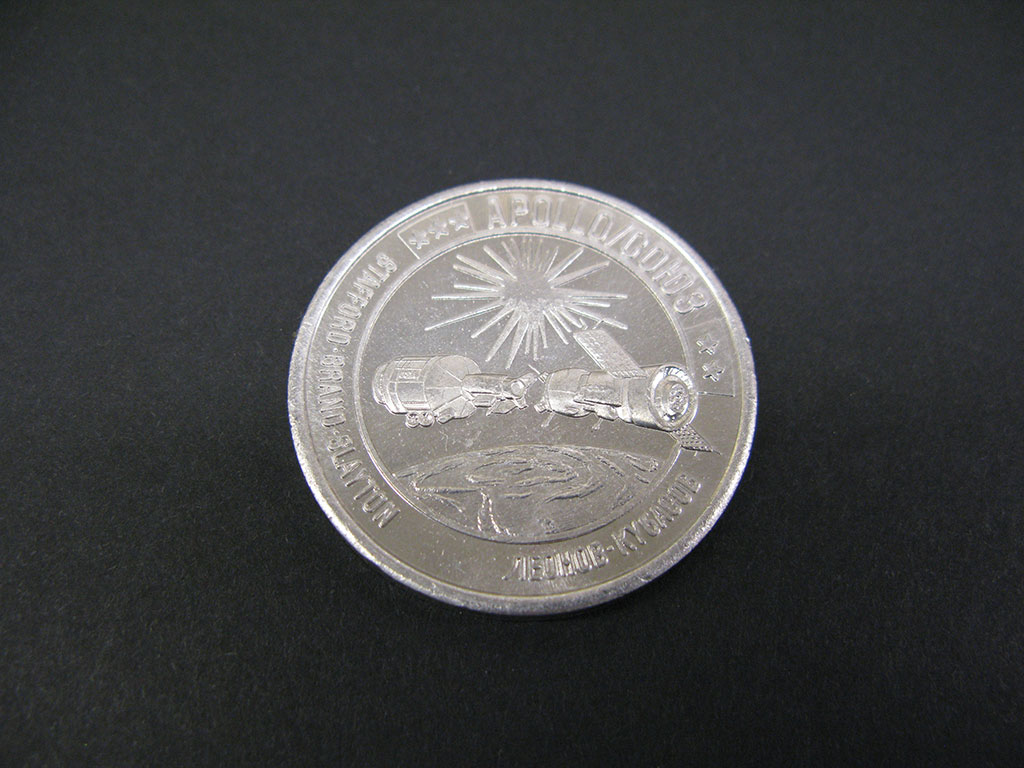 This commemorative medal depicts the two spaceships meeting in space. The medal is made with metal that was taken from both the Apollo and Soyuz spacecrafts after they returned to earth. 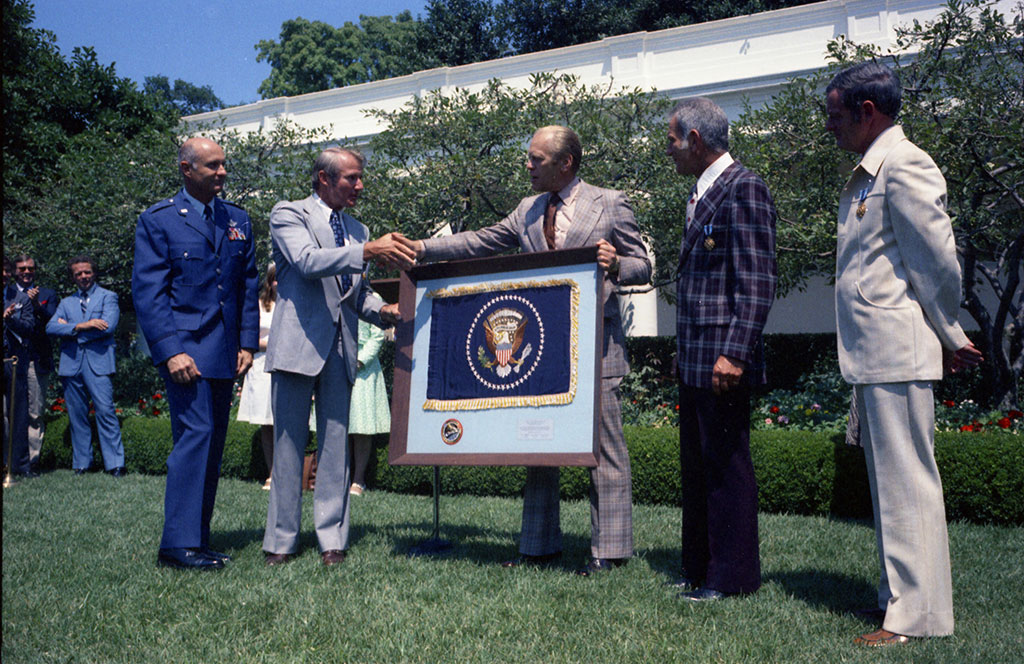 On August 9, 1975, the Apollo astronauts Thomas Stafford, Donald Slayton, Vance Brand and Technical Director Glynn Lunney presented Ford with the Presidential flag taken with them on the mission after receiving the NASA Distinguished Service Medal.